If you manage to sneak up to the Mauna Loa region of Hawaii’s Big Island sometime in the coming eight months, you might notice people walking around in full astronaut garb. No, they are not cosplayers who have lost their way. It isn’t Matt Damon and his crew shooting the next The Martian movie either. What is actually going on is a full-fledged NASA experiment documenting what happens when you take a bunch of strangers and throw them into hostile conditions they cannot escape at will–like a much less pointless version of Big Brother, yes.

The exercise is part of NASA’s Hawai’i Space Exploration Analog and Simulation (HI-SEAS) program, which aims to recreate Mars-like conditions here on earth in preparation for what many hope is our race’s imminent colonization of the Red Planet. Six individuals handpicked from around the world will spend eight months living as space pirates housed in a geodesic dome. As much as it will serve to train the six involved, the project will also help researchers study how individuals and teams respond to the hostile living conditions. 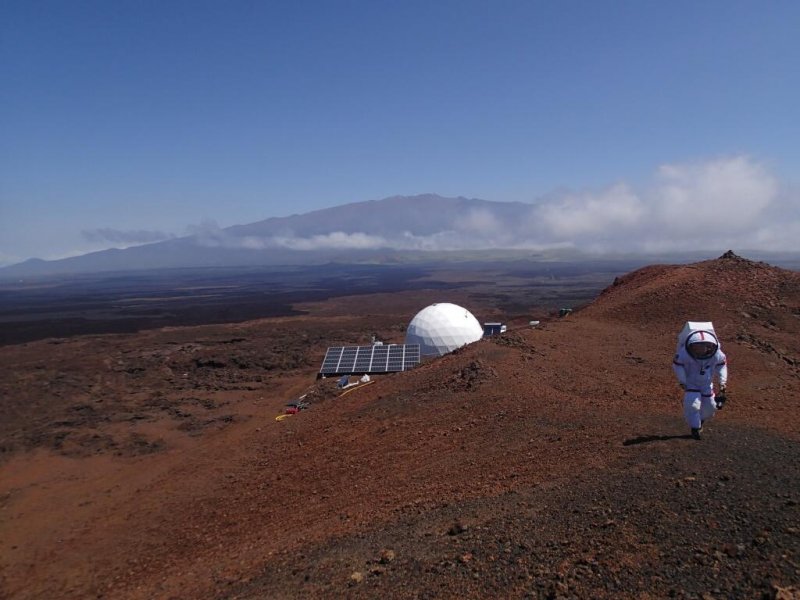 The area where the program is being conducted was carefully selected due to its geographical similarity to the Martian landscape and conditions that suit this particular kind of research. Mauna Loa experiences very few changes in weather year round, which makes “confined environment studies” such as this one possible over longer durations of time. Since it experienced lava flows relatively recently, there is rather sparse flora and fauna around the site; mission activities will not mess with the surrounding environment too much as a result.

More so than the external factors, it is the interpersonal dynamics between the six-person crew that is going to be a key focus of the study. For the duration of the experiment, the team will be crammed into tight living quarters inside of a 1200 square foot floor space, which will also hold a kitchen, bathroom, laboratory, and work area. They will eat freeze-dried food and have access only to recycled air–exactly how it would be if they lived in an outpost on Mars. A research team will monitor interactions between the team members.

The “astronauts” will have to do astronaut-y things to make the simulation as real as possible. They will be tasked with carrying out geological field work and other experiments by venturing out of their geodesic domes in full astronaut suits. The communications systems will also mimic those employed in space missions; there will be a 20-minute delay in messages exchanged between the team and mission support. The HI-SEAS program is designed in such a way that parameters like communication latency can be varied depending on the requirements of the study. 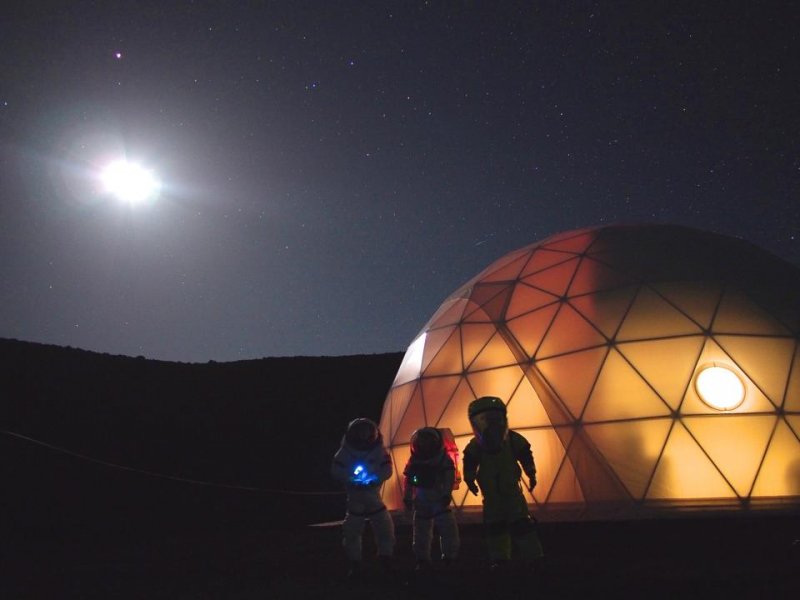 NASA is obviously the big cheese in this field, but there are also others doing their bit towards developing technology for a Mars mission. Mars City Design conducts an annual competition in which it accepts designs for a Mars colony and then actually tests the best ones by 3D printing them. And, of course, Elon Musk revealed last year that SpaceX is actively working on a frugal spaceship to ferry humans and their payload to the planet and back.