As more companies implement AI into their various devices, the practice has undergone extensive criticism over the limitations of conventional AI algorithms, despite their innate nature to evolve and grow. As such, when experts are developing new AI algorithms that can adapt to situations that have a lack of data, it merits interest.

On January 11th four leading poker players were invited to play against a new artificial intelligence named Libratus at the Rivers Casino in Pittsburgh. They are to compete with the AI until the 30th and play approximately 120,000 games of Heads-up, No-Limit Texas Hold’em poker with the machine. Each game would be two-player (the pros’ specialty) and, if the human players win, they would receive shares of a $200,000 prize.

Libratus was developed at Carnegie Mellon University by Professor Tuomas Sandholm and Noam Brown and it is their second attempt at creating an AI designed to win at poker. The previous attempt, known as Claudico, went up against another team of experts in 2015 and lost to them. Team members Jason Les and Dong Kim were invited back for this round, joined by Daniel McAulay and Jimmy Chou. The team of human professionals has battled the AI diligently but find that it adapts quickly to their strategies. “Every time we find a weakness, it learns from us and the weakness disappears the next day.” Said Chou.

The major point of interest isn’t just that Libratus is in the lead, it’s the fact that it is capable of one in the first place. Successfully playing poker requires two things of the AI: one, that it make correct decisions based on incomplete or deliberately misleading data (the player’s hand and bluff) and two, that it varies its strategy enough that the human players cannot tell if and when it’s bluffing. 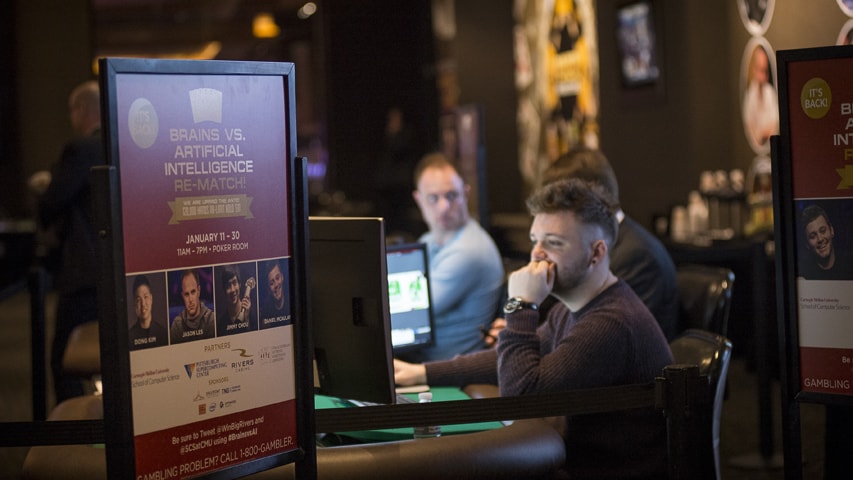 The ability of an AI to interpret incomplete or potentially false data is a breakthrough for the technology. It can easily be applied to fields like medicine, military, or major business and investments; all of which are situations where people are faced with incomplete or often misleading data.

If Libratus wins, it will have surpassed the success of DeepStack, who was also pitted against expert poker players in similar conditions and won but did so over 44,000 hands, a little over a third of Libratus’s final total. Libratus’s total game count should lead to a greater range of statistical data for the researchers to work with for future implementations of the concept.

Right now, the question is if the players can rally and defeat Libratus before they run out of games to beat the machine. The Rivers Casino is currently streaming the game and will do so until the tests end on the 30th.