Last week, Reddit co-founder and CEO Steve Huffman announced that the website would allow advertisers to directly sponsor user-generated content. Those of us who post original content to Reddit saw this as a potential breakthrough; the moment we would finally get paid for our creative efforts on social media. Sites like YouTube have paid a portion of advertising revenue to their high-value video channels for years. Was this the beginning of major sites with links and text posts doing the same?

Not exactly. Whenever an advertiser chooses to use this new service and promote a piece of content, Reddit gets paid the real gold, and the user gets paid in a lifetime supply of “Reddit: Gold”. The digital bullion amounts to little more than ad-free use of the site. In a list of valuable things, it’s probably somewhere above a dinner garnish and just below a handful of toilet paper. Reddit did send one Gold member a free candelabra in the mail though, so there’s that… 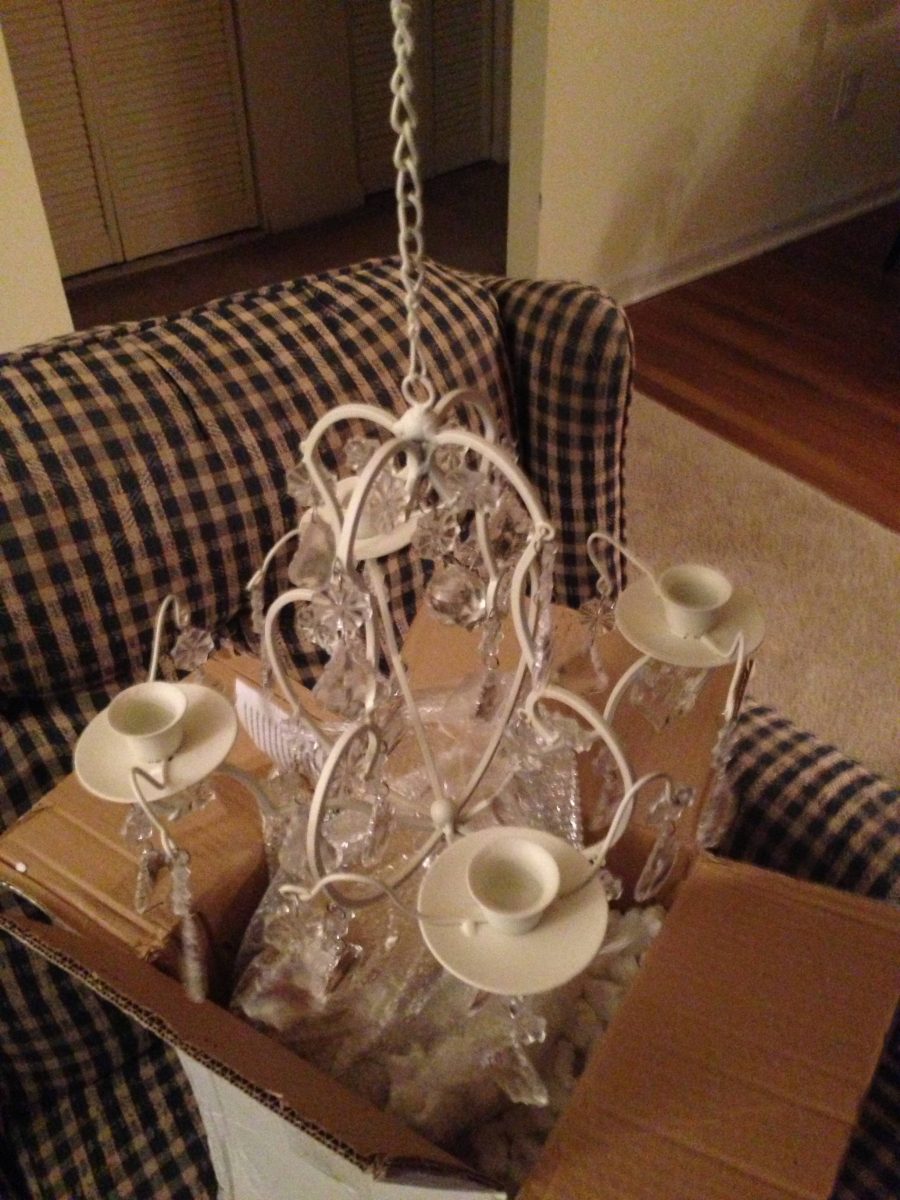 Here’s how the new promoted posts work: an advertiser finds a post that fits with their brand, they approach Reddit and inform them that they’d like to sponsor the post; Reddit contacts the original poster to request sponsorship enablement. If the original poster agrees, Reddit will create a “promoted post” that includes the user’s original content (unchanged), and the advertiser’s name and link in the bottom-right corner of the post. Huffman believes this will encourage advertisers to find content that uniquely fits with their brand, boost it in the Reddit search algorithm, and create a win-win for content creators and advertisers.

Here’s how the new ads would look:

The Authorship Problem & The Quality Problem

Clearly though, win-win is quite different than win-win-win. Many high-output Redditors (myself included) are disappointed that we end up with a bunch of fake gold when we are the reason Reddit can sell ads in the first place. Huffman argues that this reality always been a necessary part of Reddit’s model; they are an open platform where you can post your own content or someone else’s. By not paying anyone, they avoid having to define the original “creator.”

On YouTube, the authorship of posts is usually more obvious. Unless it’s copyrighted or stolen, the person who posted it likely made it or has the right to sell with it. Text and link sites like Reddit, Digg, and Facebook have a far more complicated attribution problem to tackle, so they’ve avoided it entirely. At this point Huffman’s goals are smaller than “paying contributors”; he’s just trying to keep the website out of the red without pissing off too many Redditors in the process. Even those goals may be too big though as Redditors are, let’s say, uniquely invested in the minutia of the site.

There’s also the argument for quality control and ensuring a tolerable stream of authentic content; by not encouraging profit-seeking posts, the assumption is, they improve the overall quality and experience of the website. Conceptually, this seems to make sense, but it doesn’t feel like anyone has given it a real shot yet.

There has been only one social network flush with text and link posts (like Facebook and Digg) that truly attempted to tackle the authorship problem and pay users. It’s called Tsu.co (pronounced “Sue”). Tsu agreed to split advertising revenues with users when they started in 2008. They took a small percentage, and then split the majority of the money between the creator and their “family tree” of connections. 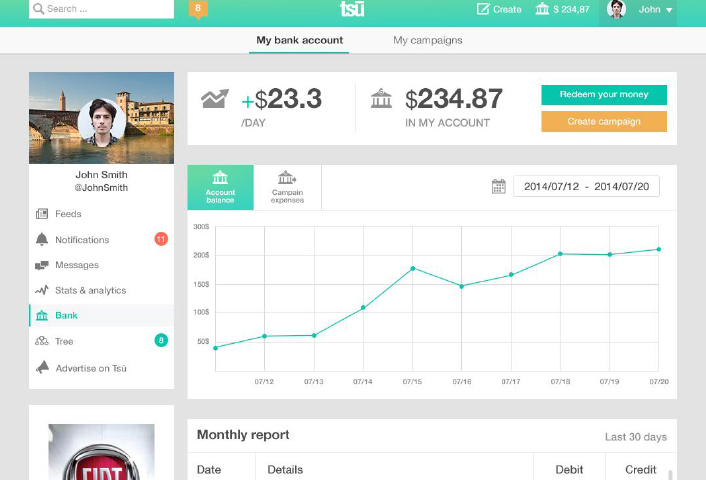 Last year, Facebook decided to delete any posts that linked to Tsu, fearing they would be overrun by opportunists looking to crack the algorithm and make money. They later overturned their decision, but it hardly mattered; Tsu recently announced on their website that they are shutting down and ceasing their “mission of changing the social landscape for the benefit of the content creator.”

When it comes to Reddit, some users feel cheated out of the deal. Others worry that advertisers will re-post stolen content and promote it themselves, with or without the permission of the original creator. There are also abundant comparisons to Digg.com, another user-generated content platform that lost loyalty due to invasive advertising.

Digg’s mistake was including sponsored content right alongside regular content to create a “seamless” look. “Seamless look” translated to “shady marketing” for most of Digg’s users, and they flocked to Reddit en masse. When Reddit started allowing sponsored content, they were sure to separate their promoted posts by giving them a different look and placement (at the top of their feed). With these new advertiser-promoted-user-generated posts, they hope to take their sponsorship play a step further.

It’s all part of a monetization strategy that emphasizes unobtrusiveness by leveraging the value of user content without explicitly acknowledging it. Last month Reddit announced another tactic for adding their own affiliate URLs to posts. These links grant Reddit a referral payout each time someone is led to buy something from the site. There were some critical comments from Redditors when this was introduced, so Huffman and his team have since included an “opt-out” option.

The criticism didn’t stop Huffman from announcing the new advertiser-promoted posts last week though. These two monetization moves taken together are less intrusive than Digg’s sponsored posts or Facebook’s banner ads, so they can avoid many of those concerns about invasive corporate content. But unlike YouTube, neither of them pay the people on whom they really rely. Which approach is actually more offensive is certainly up for debate. 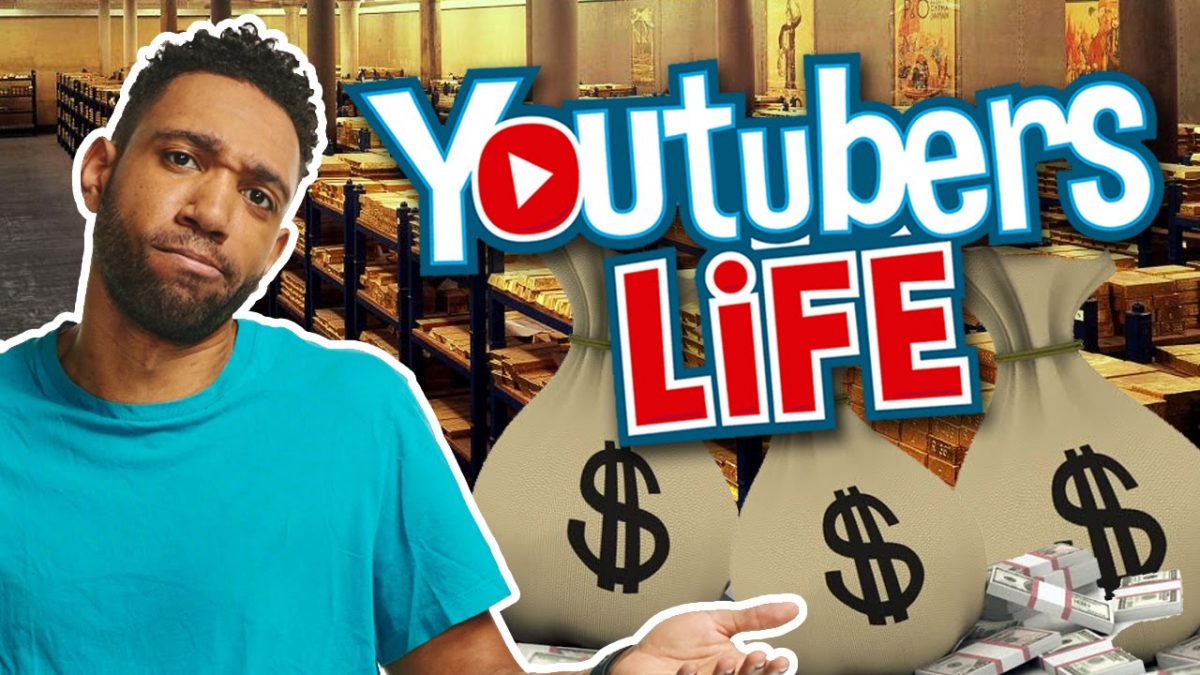 YouTube gives each channel the option to allow ads on their videos in exchange for a percentage of the profit. The ultimate payout is based on the number of ad clicks or 30-second ad views. Consistent, talented YouTubers can easily rack up thousands of dollars, and many young stars earn a living off of ad revenue alone, making YouTube more of a job than a hobby.

This introduces a huge incentive to create content that is not only personal and unique, but broadly appealing. So far, they’ve also managed to avoid being overrun by brand posts and corporate clickbait. Most successful posts on YouTube involve little more than a camera and a charismatic speaker. Vine and Instagram have generated the same effect, but like the other networks, they won’t put their fingers where they don’t need to; they are more than happy to let sponsors go directly to their influencers. Less headaches, less math, less profit. Presumably.

Someone else may come along to try putting power (read: cash) back into the hands of creators, but don’t hold your breath. Reddit and Facebook are obviously unwilling to assume the mantle. Maybe Twitter, with their endless pivots will try to monetize and rev-share 140 character posts with tiny micro-payments. They’ve lost over $2 billion since 2011 so who knows what they’ll try next to beef up the bottom line. But given their recent track record, if the blue bird takes it up, many will likely interpret it as a canary in the coal mine. I’m not holding my breath.