I feel embarrassed that it has taken me 29 episodes of Silicon Valley to realize that I hate the character of Richard Hendricks. This week’s episode, “Daily Active Users,” solidified my opinion. Though a decent episode of Silicon Valley overall, I have to question the merits of a show whose lead and supporting characters are so fundamentally flawed that they cannot be empathized with.

This week’s installment is rapidly paced, and focuses on a single plot point: the roll-out of Pied Piper’s user platform. As Pied Piper and Raviga gather to celebrate 500,000 downloads, Richard reveals to Monica that only 19,000 people are actually using the platform on an active basis. Horrified, they arrange a focus group to figure out why users are straying from the platform. 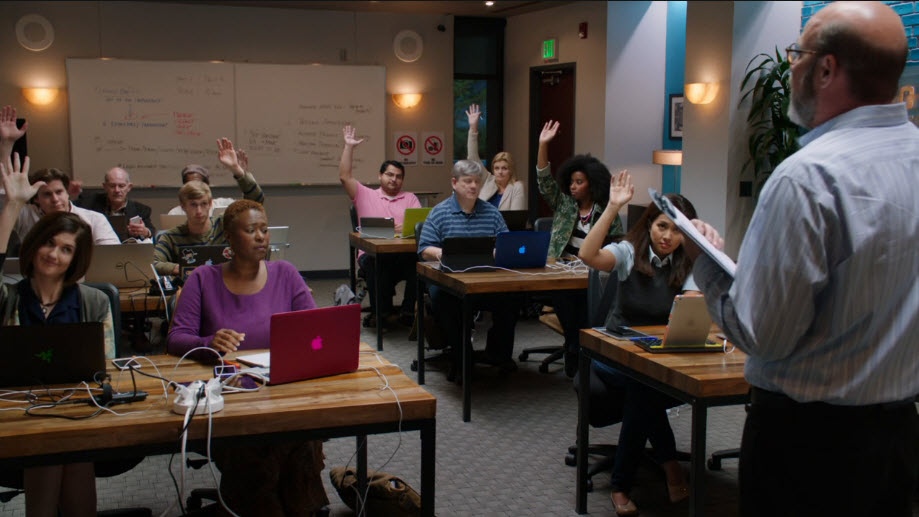 Since Pied Piper’s revenue model has never really been explained, it is unclear exactly how severe the problem is. Nonetheless, the show portrays head investor, Laurie Bream as initially unaware of the very low daily active user figure, implying that the board of Pied Piper wasn’t crunching numbers after the launch, and/or that Pied Piper had no backup plan in case people weren’t interested in subscribing. Certainly, a company backed by such a practical financier would have had solid contingency plans in place? The setup seems contrived, but I can accept it since the plot of this season has already changed tack more times than the Kon-Tiki.

The focus group participants’ answers show that the Pied Piper platform is complex and generally inscrutable. After hearing one too many misconceptions, Richard angrily storms out from behind the one-way mirror and spends the rest of the day explaining exactly how the technology works to the limited audience. Once understood, they love it. Unfortunately the cost of user education was never scoped. Richard’s hubris has created a situation with no financial recourse.

It is this blind pomposity that makes Richard an unsympathetic character. Right before Silicon Valley there was a preview for Any Given Wednesday, a new sports talk show hosted by Bill Simmons. In the clip, Simmons says “I believe that Kanye’s a genius. It’s just that he knows it, and that’s the problem.” So goes Richard Hendricks, who beta-tested his user-centric platform almost exclusively with other engineers. He was so confident in his engineering work, he became uninterested in feedback from the very people who will ultimately use it. He is stupefied when people can’t grasp it, as if it were their responsibility to understand arcane software engineering concepts. Say what you will about a visionary who’s generally contemptuous of other people but at least Steve Jobs could sell his ideas to a general audience.

Richard eventually reveals the low DAU statistics to his staff, who immediately lose faith in the company and precipitously quit. Meanwhile, disgraced Hooli founder Gavin Belson catches wind of Pied Piper’s problems and teams up with his new friend Jack Barker, who presents his original idea for Pied Piper’s technology—“the box”—to the Hooli board. Gavin is well received and he reclaims his spot as CEO. 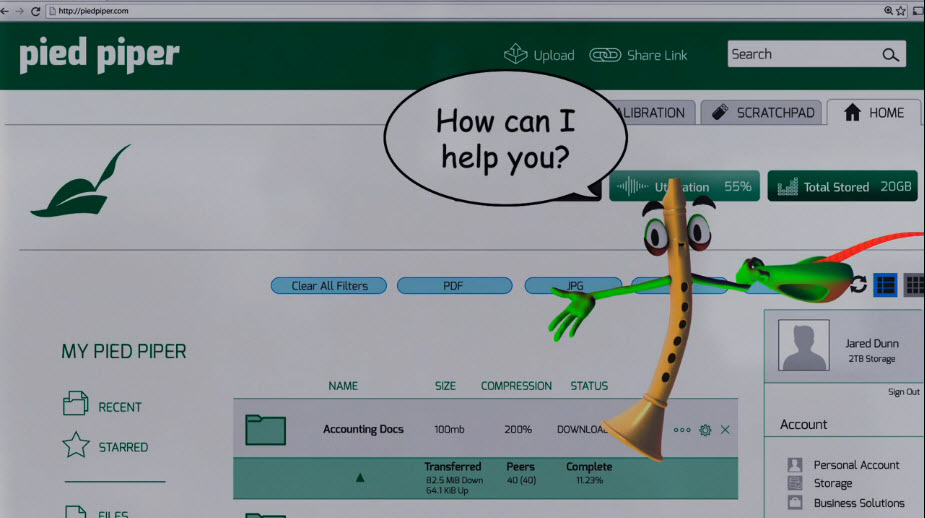 But as the daily active users continue to drop for Pied Piper, Richard resigns himself to failure. He directs Jared to divide up the remaining capital and close the company down. He also says, almost offhandedly, that the remaining cash “won’t begin to cover the back-pay owed,” which is another confounding comment on Pied Piper’s financials; how is Pied Piper not currently making any money? After some funny banter between Gilfoyle and Dinesh and an idiotic monologue from Erlich Bachman that felt like it was written just so he could have something to say this week, the team decides to boost their user count by launching an educational campaign. The numbers slowly begin to trend up. As the episode ends, it is revealed that Jared has actually started paying a company in Bangladesh to boost Pied Piper’s stats by creating and maintaining thousands of fake accounts every day, a move that is disingenuous at best and investor fraud at worst.

If there’s a television show that owns the concept of a contemptible lead character, it is AMC’s Breaking Bad, and if there’s a runner-up, it’s Netflix’s House of Cards. At least these shows both feature a few sympathetic main characters (for example, Jessie Pinkman and Catherine Durant). In Silicon Valley each character is so morally bankrupt or self-involved that after a while, you stop caring whether they succeed or not. Who cares if Pied Piper goes under? Richard’s passion to pursue a user platform despite his outright contempt of non-engineers is as aggravating as Bachman’s greed, Jared’s toadying, and Gilfoyle and Dinesh’s narcissistic competitiveness. There’s nobody to root for, and even if any of these characters get a win, it comes in the form of money and prestige, which is always a hollow victory. Cringe-worthy people making stupid decisions that might result in their stumbling into a fortune is a format best left to The Price Is Right, not situation comedy.

“Daily Active Users” was written by Clay Tarver, a former punk rock guitarist who transitioned into TV in the 90’s, working on the “Jimmy the Cab Driver” bits for MTV. He’s currently a Silicon Valley staff writer whose main other writing credit is a 2001 horror movie called Joy Ride. There’s nothing particularly bad about the writing of this episode. The plot advances and the exchanges between characters are snappy and genuine. But just as Richard has created a platform so advanced that users can’t understand it, Mike Judge, John Altschuler, and Dave Krinsky might have created a show so authentic that viewers can’t enjoy it.

That might explain why so many industry folks don’t like Silicon Valley to begin with. If you’re only driven by the idea of more money and recognition, what joy could you get from watching a show that reminds you of how morally bankrupt you are in the first place? With next week’s season finale sure to be full of dei ex machina that magically undoes Pied Piper’s missteps, plus HBO’s decision to renew the show for another season, I’m sure we’re in for more of the same. Silicon Valley is so deep in its satire that it’s no longer funny. It’s like trying to eat a baby while reading A Modest Proposal. Nothing about it is appetizing.