As I’ve said before, I just don’t get Snapchat. I don’t like the app, I don’t know why anyone would put a bumper sticker for the app on their car, and I find it ironic that the friends I have who use Snapchat regularly post screenshots of their snaps (is that what they’re called?) on its arch-nemesis platform, Facebook. I have also acknowledged that millions of people do “get” Snapchat and use it regularly. Its wild growth and popularity among many millions defined significant company value in the eyes of investors. But like their messages, their perceived value may be short-lived.

It looks like those millions of people might not be as many millions as people we were all led to believe, and the real value that investors saw might have been an illusion. I might just get to say a bit of an I-told-you-so…maybe. 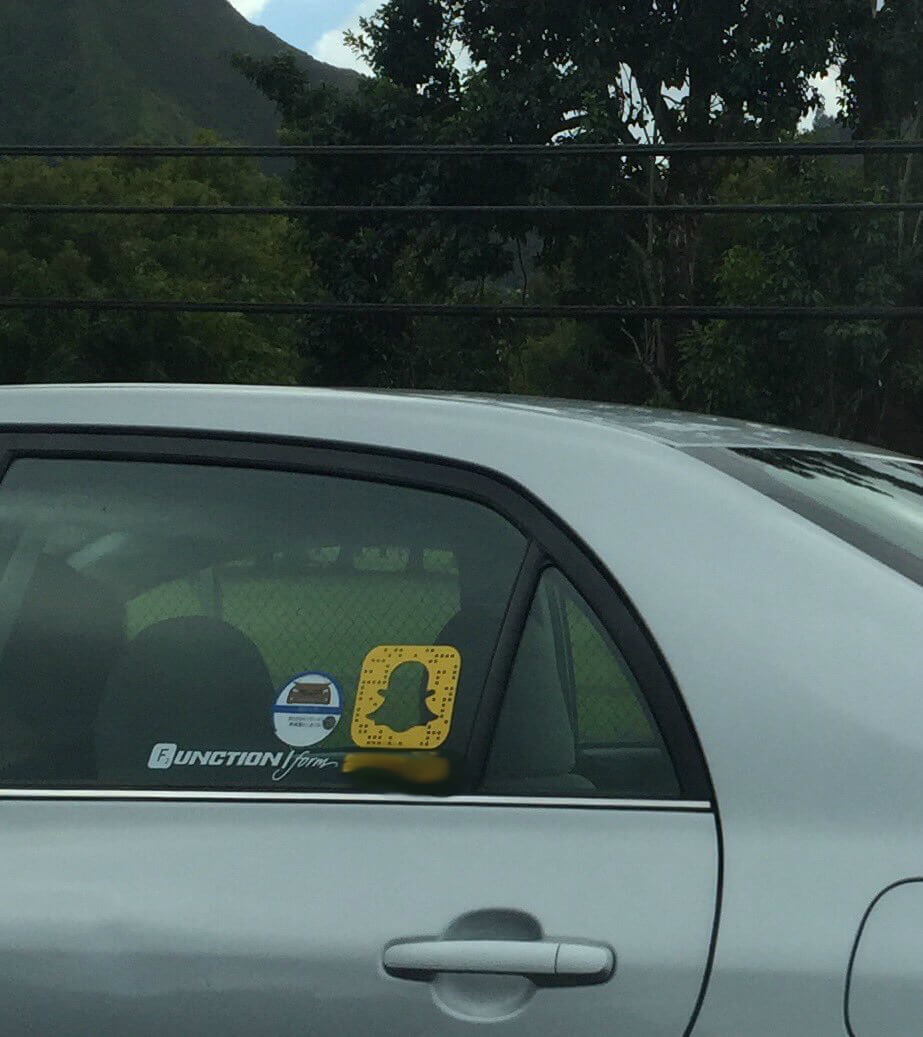 Snap Inc., the parent company formed around Snapchat a few months before its IPO this March, wasn’t exactly having an easy time of things before all of the recent upheaval. After an initial price of $17—the price only select institutional investors and insiders got to buy at—the stock rapidly shot up over $27 in the first two days of trading. From that point, however, it went into a steady decline, and has hovered between about $20 and $23 since mid-March. Not too bad if you got to buy early, but everyone else has been disappointed, to say the least.

Then came last week’s first-quarter earnings report, Snap Inc.’s first since the IPO, and shareholders learned that the company failed to hit its decidedly-modest estimates. User growth is slower than anticipated, revenue is lower than anticipated, and the company had a negative cash flow of more than $173 million just in the first quarter. The stock dove to a new low of just over $18 in a single day of trading.

Piling onto shareholders’ worries are two lawsuits. The first is from a former employee who was lured away from Facebook to join Snap Inc. as it geared up for its IPO. Anthony Pompliano was Snap’s growth lead for all of three weeks; in a new federal lawsuit that largely mimics a state lawsuit he filed previously, Pompliano says Snap was inflating user numbers by as much as 20% and growth metrics by 50-100%. When he tried to bring this to the attention of Snap’s leadership, including founder and CEO Evan Spiegel himself, Pompliano alleges, he was rebuffed and quickly terminated.

The lawsuit seeks compensation for Pompliano’s lost salary and stock options while also accusing the company of violating federal whistleblower protection laws. His accusations have also been used as fodder in a class action lawsuit being brought by shareholders against Snap, Inc., which accuses Snap of using inflated user numbers and other misleading figures to artificially increase the value of the company’s stock during and following the IPO. It was enough to get a lot of people worried, so Spiegel hopped on a call to reassure investors…

…and wound up pissing a lot of them off (if you trust the general consensus among pundits and analysts). His behavior has repeatedly been described as arrogant, and he dismissed rather than answered most concerns that were brought up on the call. Neither he nor anyone else at the company has offered a tangible plan for generating revenue, and Spiegel himself has said that user engagement and not revenue is what should be exciting investors. 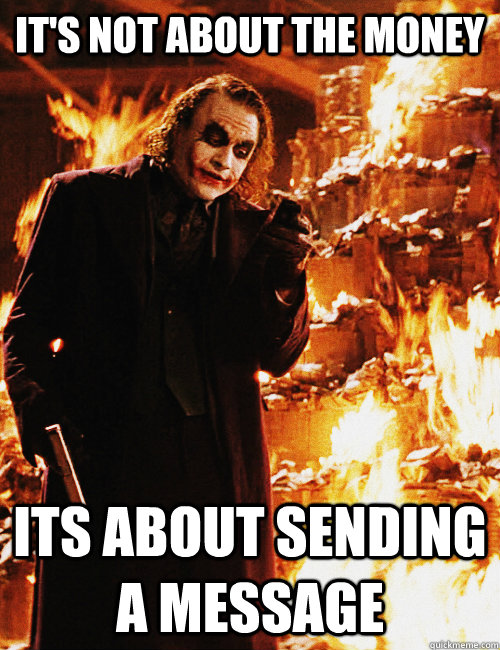 Another Chance for Snap to Snap Back

As dire as this all might sound, there is still a chance for a major turnaround. Snap’s stock has already rebounded back up to roughly $22/share, right in line with the flatline it has held for the past two months. Lawsuits like the class action from disgruntled shareholders are almost routine these days, too, and while complaints like Pompliano’s are a little more rare, they’re far from unprecedented.

More worrisome is the fact that Spiegel and other key individuals at the company sold large portions of their stock at the IPO (cashing in this early is often seen as a sign of low confidence in the company’s future prospects), and that none of them seem overly concerned with making the company profitable anytime soon. Facebook’s competition is only heating up, as well, with Instagram and Messenger duplicating almost every feature Snapchat rolls out, but bringing them to a broader user base and a more effectively monetized platform. 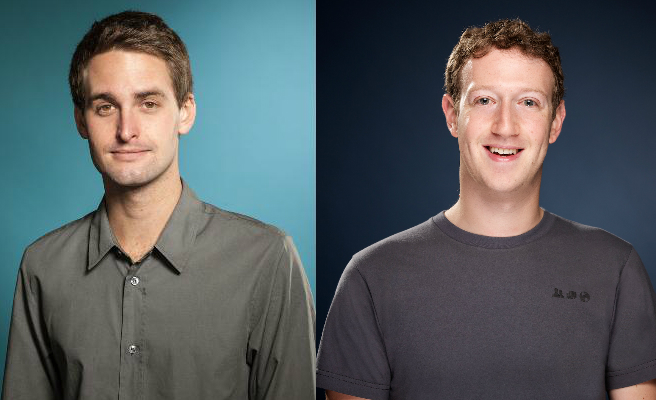 But Snap has a few things up its sleeves that Facebook doesn’t. Though it hasn’t learned how to capitalize on revenue from advertisers yet—at least not to a profitable degree—it is outperforming Facebook in growth numbers when it comes to the key teenage demographic. Snap is also getting into original content production and is advising on studio-backed productions, aiming to reshape corporate and mass media for the shorter attention spans of its users. 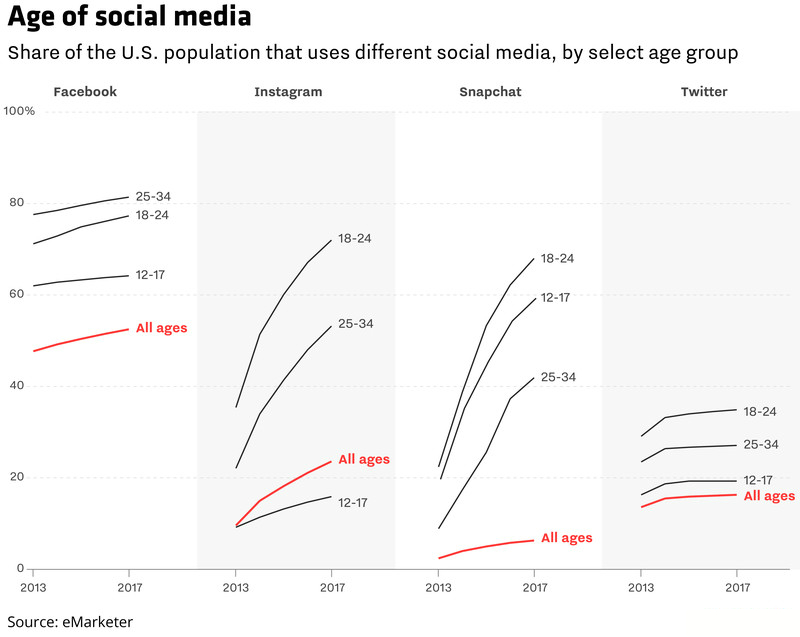 You know, because sitcoms are so slow-moving and story-heavy.

Amazon took years to turn a profit, too, but none of its long-term shareholders are crying. It’s too soon to tell if Snap Inc. is at the forefront of the next generation of the net, or if it’s all a bunch of hocus pocus about to vanish in a puff of smoke. Either way, it’s fun to watch. About 7 seconds at a time.