One of the many things Mac users often boast about with their products, among many other features, is that for the longest time the hardware was noticeably devoid of  Mac malware attacks. Users often would brag about the architecture of the OSX simply made it difficult for programming viruses in the first place or that the password system used for a Mac would protect users from allowing a virus to have administrator privileges. 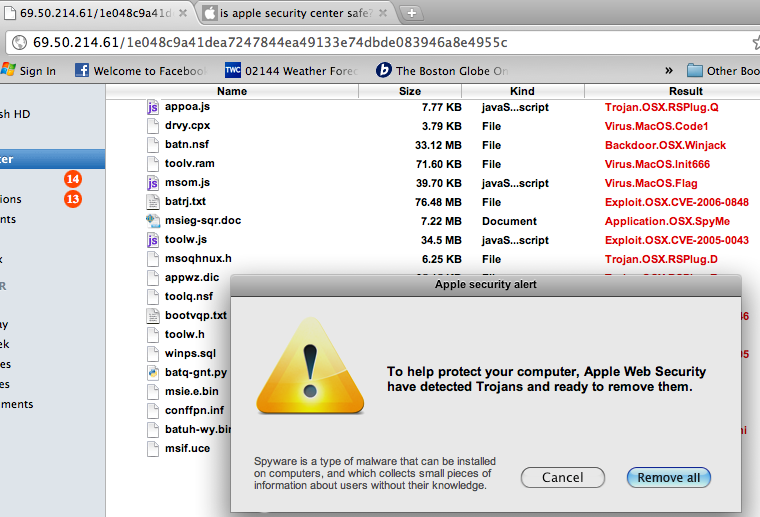 In truth, it’s the fact that most malware and viruses are developed on Windows for Windows, and any IT specialist will happily tell you that the same program won’t work on two different operating systems. The other is the underlying UNIX system (“I know this”) behind the Mac OS that keeps it safe with how it handles administration rights.

However, with the rise of Mac Malware, that’s all clearly changing.

According to the most recent Threats Report from McAfee, the amount of new malware for Mac OS jumped from a small 50,000 (trust us, that’s low for malware) to almost 350,000 in the fourth quarter of last year. 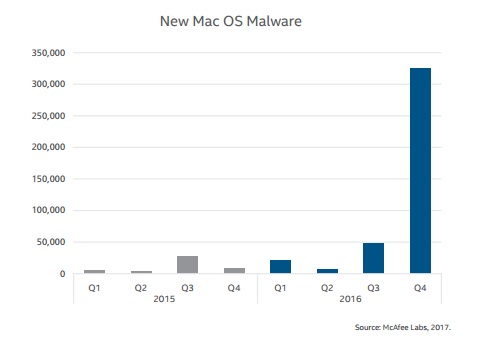 It seems fake news about Trump wasn’t the only thing on the rise that period.

As far as McAfee could tell the source for this increase in malware was from adware. As you all know, adware software displays ads on your computer while collecting marketing data about your location, buying preferences and so on. In the case of malicious adware, this is done without your consent where these files are loaded onto your computer and relay your personal data.

It’s why so many PC users employ ad blockers despite wishing to support their favorite websites. In most cases, absolute protection is necessary to ensure that some form of Trojan spyware doesn’t make its way onto their PCs and it seems like Mac users are going to have to follow suit.

And they’d better hurry. As it is more malware designed specifically for Mac is emerging and making press news. OSX.Bella, a variant of OSX.Dok was discovered last month by Malwarebytes, Snake which hit this week and let us not forget the growing rise of Ransomware which is hitting Mac and PC users alike. Then there’s the Google Docs Phishing attack that hit this week. Despite all of these being known threats, this is a staggering reality that Mac users have to become aware of.

And don’t think you’re safe if you’re a pure mobile user either. The quarterly numbers for new mobile malware haven’t dropped below the 1.5 million mark at all last year. 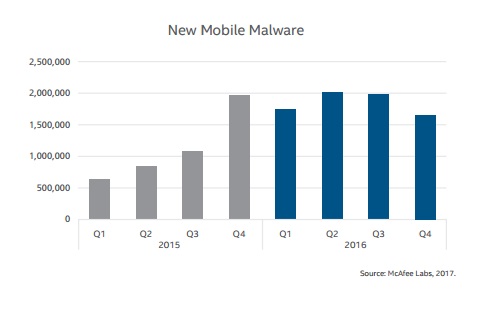 So, dear Mac users, you might want to get that free copy of Malwarebytes like the rest of us. Just saying.