Personal safety is not something we as people take lightly, particularly in emergencies. The growth and innovation in this space reflects that. So it’s not surprising that when the Association of American Universities released their Climate Survey on Sexual Assault and Sexual Misconduct in 2015 some innovation was sure to arrive. In short, without going into explicit detail, the report listed 11.7% of students reporting non-consensual sexual contact by one form or another. As such, universities were in a rush to improve that tragic statistic.

Granted, many of you can easily cite examples that they did not do so fast enough. That being said, we are seeing an implementation of new technologies, one of which is actually seeing adoption by Stanford. It is a program known as Callisto.

The idea behind it is that young adults within the university or college environment lack the necessary resources on hand to know what to do when caught in such a situation. The program gives users the choice to record their data about the event and evidence such that it is time stamped efficiently, securely and confidentially.

In addition they can choose when to submit the report and the program has the option that the report will only go through if another user in the system identifies the same perpetrator. ”Knowing that you weren’t the only one changes everything.” Said Founder and CEO Jessica Ladd in her TED Talk, “It means that if you do come forward you’ll have someone else’s back and they’ll have yours.”

The program itself, still in open source on GitHub has expanded to multiple campuses in California, Iowa and New York states. Stanford University announced, in addition to other measures, that it would employ the program on a three-year pilot basis. Callisto itself can only be adopted at colleges where the company can work with school administrative officials and thus not operate as an independent body. 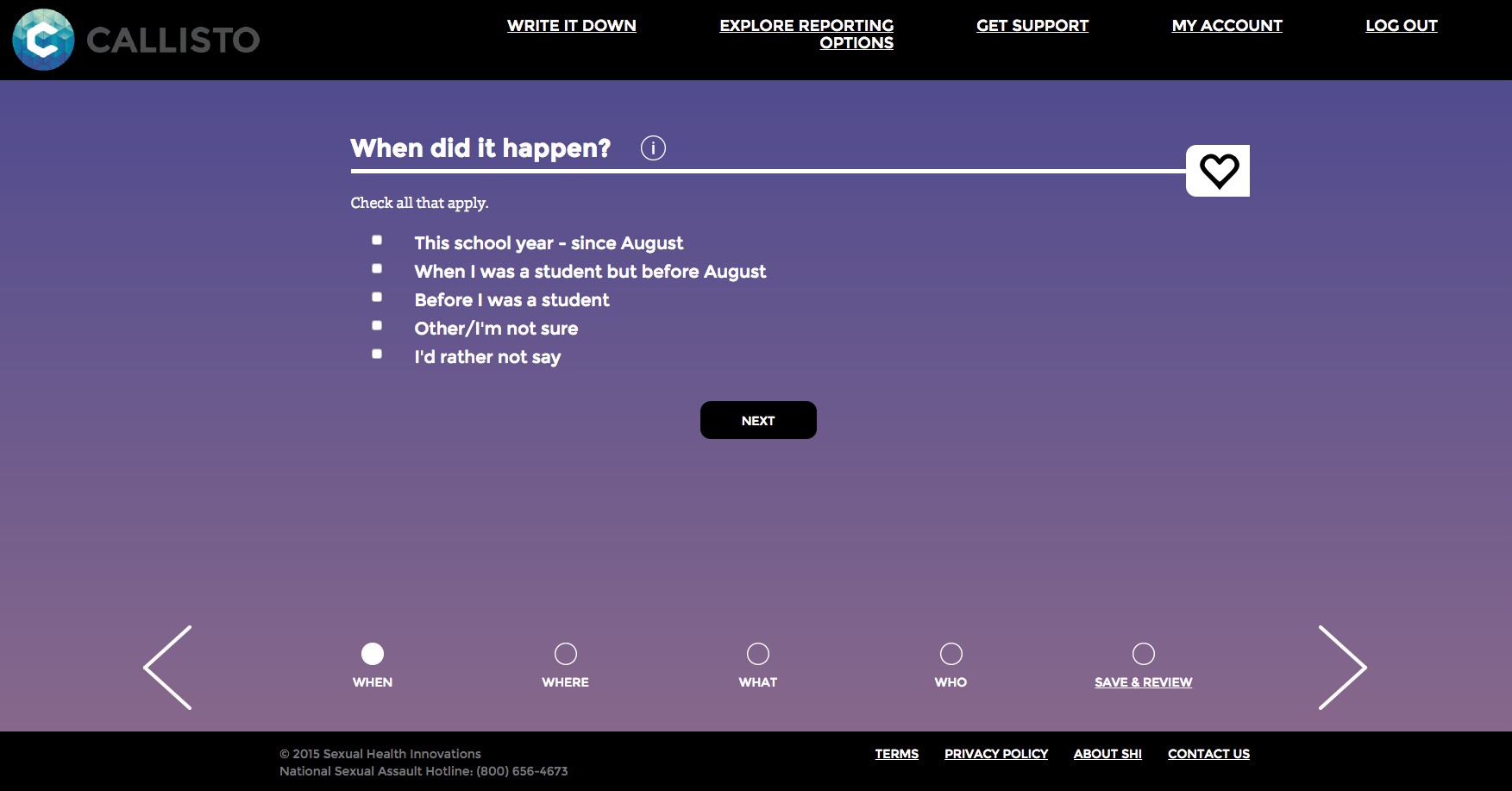 It’s an innovation that’s as reasonable as it is necessary. The implementation of Callisto is only a part of Stanford’s contribution to the AAU’s plan to answer the problem of non-consensual sexual contact on campuses. The University’s release on the subject lists multiple initiatives including training and education programs and workshops.

The problem is, as Ladd explains it, is that the majority of these acts are perpetuated by repeat offenders so education alone, while immeasurably valuable in prevention, has limits. Hence Callisto’s rapid adoption and implementation. Let us hope it is the technological answer to this problem.