“Disruption” has been the buzzword of the startup world for years now, but nothing has been more disrupted than the concept of startups themselves.

Entrepreneurs and startups used to be scrappy and lean, surviving their first few years by burning through personal savings in the hopes that they might actually be able to support a staff of ten within five years. That landscape has been changing for years under the influence of venture capital, billion-dollar “unicorns,” buyouts, and IPOs.

The goal for tech entrepreneurs isn’t to build a modestly self-sustaining business, but to hand the business off and make millions (or more) in the process. The new collaborative accelerator program announced by Target and Techstars is one more nail in the coffin of old-school entrepreneurialism. 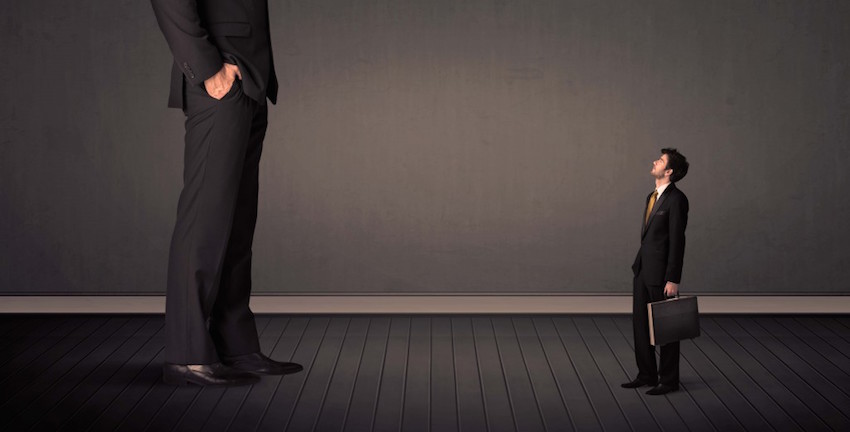 Target is, of course, a giant of brick-and-mortar retailer, second only to Wal-Mart in its share of US discount retail sales. As an exemplar of old-school business success, it’s pretty solid.

Techstars is a startup accelerator that advises and invests in a variety of “tech” startups, though as we well know—and as its just-announced partnership with Target shows—everything is tech with today’s “Internet of Things.”

Together, the two companies plan on launching traditional retail into the twenty-first century, and that means changing the way retail is built.

Here are the quick facts:

With Techstars as an investor and program manager and Target offering office space and executive mentorship, a retail-focused class of 10 startups will take up residence in Minneapolis for three months this coming summer. Aside from up to $120,000 given to each startup, no investment or acquisition promises are being floated. Program participants will benefit from the expertise of the mentors while Target gets an inside peek at some of the best innovators in the modern retail space.

Techstars will walk away with 6-10% equity in each of the participating startups, and will get its first direct venture into the retail world after similar accelerator partnerships in entertainment (with Disney) and financial services (Barclays). The basic model is the same as every other Techstar accelerator, but the sector—and the partnership with Target in particular—is noteworthy.

Brick-and-mortar retail was both one of the first victims of the Internet’s disruption, and one of the last bastions against the ever-more pervasive spread of tech. In the early days, traditional retailers like Target attempted to evolve by spreading out, offering online retail and purchasing options. More recently, they’ve been innovating in, using tools like proximity-based advertising, in-store QR codes for coupons and product information, cameras and software to measure foot traffic and store “heat” maps, and more.

Target took things a step further earlier this year when it established its “Entrepreneurs in Residence” program, giving three newly-hired and long-proven entrepreneurs a broad mandate to help Target innovate. Their projects include the Techstars accelerator, but there aren’t any defined limits on how they go about making Target more innovative—or in defining what successful innovation looks like.

As an indicator of this open-ended approach, the accelerator’s only criteria for participating startups is that they be retail-oriented, meaning anything from back-end analytics to coupon delivery systems to companies making niche products for retail sale. The makers of organic hand-knit paw warmers could be sitting side-by-side with the makers of an all-powerful mobile purchase tracking app at Target headquarters in a few months.

Whatever Target’s team of establishment entrepreneurs and open-ended approach to innovation means for the first class of Techstar/Target alumni, it’s a clear sign Target knows the “unknown unknowns”—the questions that haven’t been thought of yet, let alone answered—are where the real opportunities lie. And that’s thinking like a tech company, not like a traditional brick-and-mortar retailer. We could be witnessing the start of the final stage of Internet acceptance among big business.

When the second largest retailer in the country is taking on an entrepreneurial attitude, and when tech entrepreneurs and startups define success as being subsumed by multi-billion, multi-national, brick-and-mortar behemoths, we’re seeing the solidifying of a formerly disrupted and fragmented industry. The new normal of business in the Internet Age may actually be upon us at last.

I, for one, welcome our new neo-corporate overlords.