It’s a Thursday evening and your boss just called, telling you not to come down to the office in the morning. After a very brief moment of cautious relief, you find out she’s sending you to Beijing for the weekend on some business. Your first thoughts are to call the spouse and to buy a suspiciously large quantity of surgical masks. In the near future though, if Elon Musk’s concerns about the environment have merit, you could probably substitute Beijing with virtually any major metropolitan city and find yourself holding the exact same pharmacy receipt.

Last December, I wrote an article about Tesla’s Gigafactory plans and Musk’s prediction of humanity’s impending “trainwreck.” Despite the hope in its idealism, it is no secret that Tesla Motors has been called ambitious and even unrealistic by some critics, and such skepticism makes me even more excited when they reach a breakthrough on a major project.

Enter excitement: last week, Tesla released a statement about the results of a Bioweapon Defense Mode test, and they were pretty great. Drawing on direct inspiration from the air filtration systems used in hospitals, spacecraft, and clean rooms, Tesla Motors designed a HEPA filtration system to clean cabin air from “fine particulate matter and gaseous pollutants, as well as bacteria, viruses, pollen and mold spores.” As for the performance levels of the technology, they claim you can “literally survive a military grade bio attack by sitting in your car.” Thanks for the morbid imagery and then making us feel safe again, Tesla. At least they’ve cleared the air with their naming decision.

To begin the test, they threw a Model X into a large bubble and pumped it full of PM2.5 contaminants (particles smaller than 2.5 microns), which are widely considered to be the most dangerous class because they lodge themselves so deeply into our lungs. They filled the bubble to levels roughly 18 times the “unhealthy” index, or roughly four times the “hazardous” index. Within two minutes of activating the Bioweapon Defense Mode, the air levels inside the cabin were safe to breathe. Within four minutes, PM2.5 levels were so low that they dropped under the threshold of detection. And here’s the kicker: the air outside the vehicle was being scrubbed too, with contamination levels dropping 40% during Tesla’s 12 minute test. 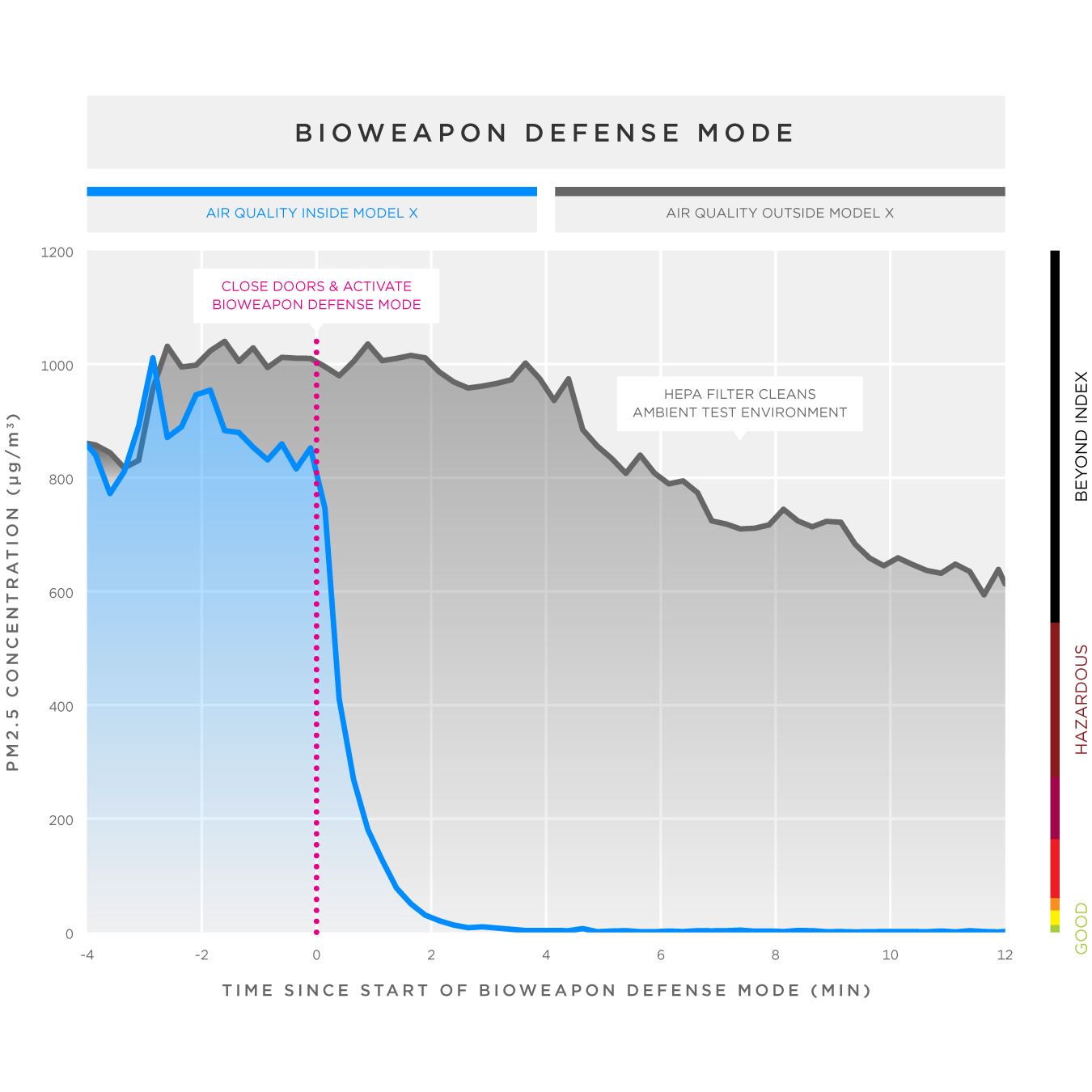 As citizens of an increasingly polluted world, we should be extremely excited about the potential of such technology. Though we know it’s not practical for a metropolitan area to mandate fleets of new Teslas to scrub the air, the test results do provide a shimmer of hope for new ways of purging smog from troubled cities. What’s more, is that Tesla Motors has a history with “open sourcing” their patents for the betterment of the electric vehicle industry and elsewhere. If Musk intends to follow suit with the Bioweapon Defense Mode, he will have arguably made it more significant than a 13.9M sq-ft battery factory.

According to the World Health Organization, as many as 8.2M deaths were attributed to air pollution in 2012, with road accidents measuring in at a “measly” 1.25M in 2013. This means smog particles killed more than six times the number of people, making it a much more concerning culprit. While a secondary solution, getting cleaner air inside our automobiles is a smart step towards mitigating that kind of damage – according to studies, most Americans spend over a year of their lives inside a car. 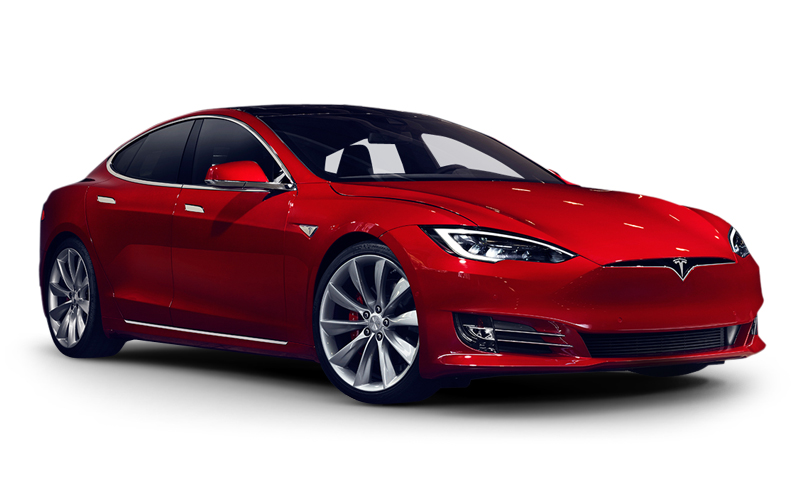 Though I’m not exactly rushing to preorder a new Model S (maybe I should be?), this sort of technology might just save more lives in the long run than the collision safety features of every car combined. Though time will tell, I have to respect how Elon Musk maintains personal safety – at its most fundamental level – and eco-friendliness is core ideologies of Tesla Motors. With any luck, Musk’s “train” will keep chugging along without incident.