When one thinks of a routine body scan ultimately two images come to mind; the first is of the large scanners you run into at an airport while the second is that of a massive MRI that you need to sit completely still for as you go deep into that white gaping maw.

So to say the least, the technology could use some innovation.

This reason is why the new wave signal radiator developed at UCI is such a breakthrough. It doesn’t just offer a new device, it offers “an entirely new kind of physics,” according to team lead Professor Payam Hedari. 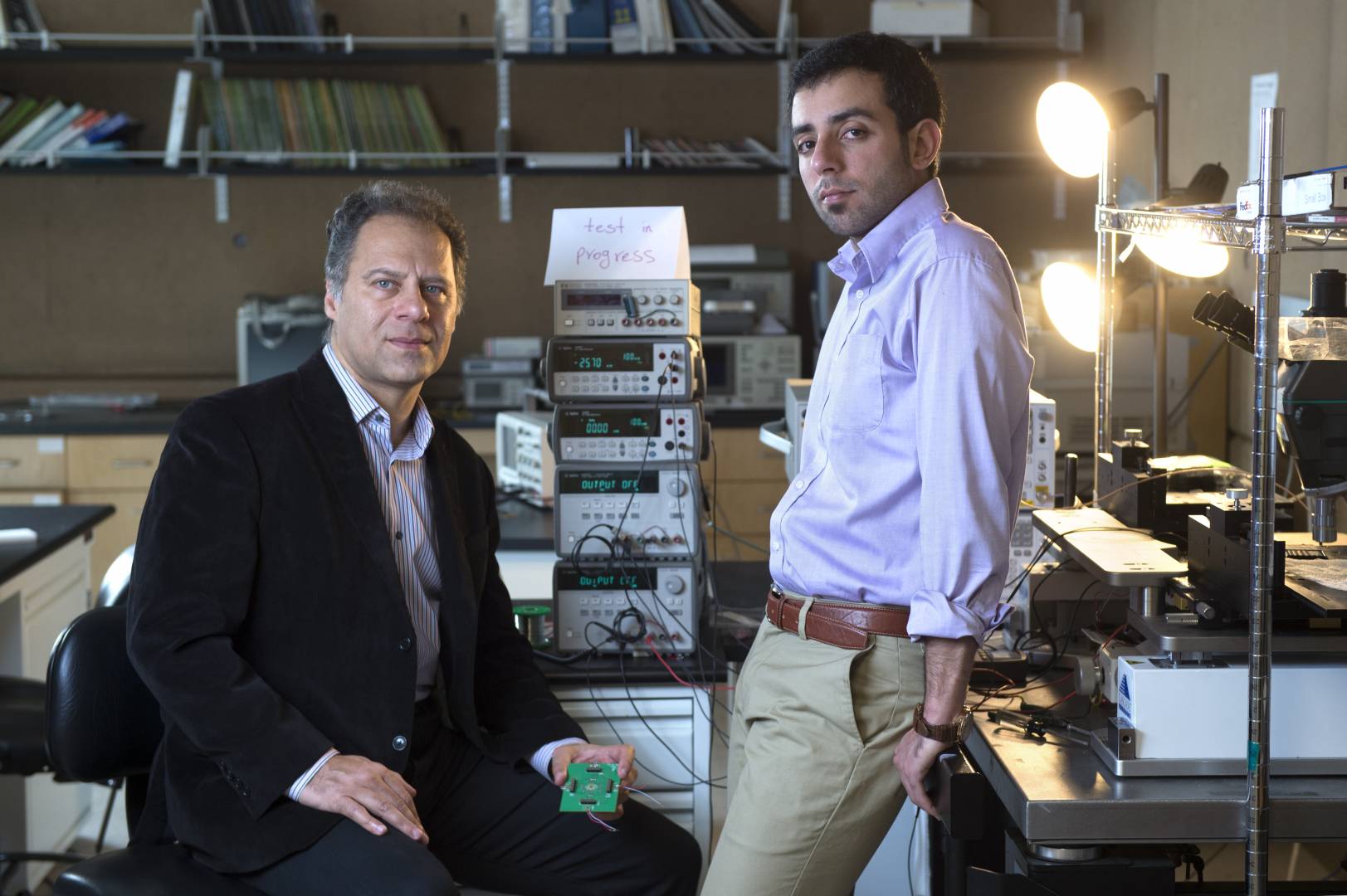 Millimeter waves are most commonly used in radios, cell phones, and satellites to transmit data. It’s age-old technology that first saw real use with active radar. With the wave frequency it uses (110 to 300 gigahertz) it can easily pass through solid surfaces. A radiator emits those waves allowing them to transmit data depending on the frequency used. At the same time depending on the programmed frequency those waves can also bounce off of objects after penetrating a surface and upon returning transmit data on what was seen. That’s how it’s used in airport security scanners in the US.

So if this is such a universally used technology, why is this tiny thing so special?

Why is this Special?

Developed at the University of California Irvine by Professor Hedari and his team, their millimeter-wave signal generator exceeds all previous iterations of the concept regarding power and efficiency. The problem is the current industry standard is that they use an antenna. It’s imprecise and broadcasts out the waves, hence why you can never get a wifi signal if you’re too far from your modem and router. The technology behind that signal just isn’t that good.

The new chip is designed to do three things. Combine power from multiple amplifiers modulates the signal to the desired frequency and radiates out waves that are used to image and transmit whatever you’re looking into.

As a result, this device can, theoretically, scan anything. As long as the right frequency is programmed the chip, based on what the team at UCI claim that it can scan things down to the protein in the human body.

By utilizing the technology behind this minuscule chip, the team can do scans of the human body to find tumors or inspect any machinery for faults as needed and transmit that immediately to a remote server to aggregate that data.

Also, consider how many of our digital devices rely on the same wavelength to transmit wireless signals. This technology could completely raise the industry standard for Wifi and cellular signals and truly lead us towards the real Internet of Things by making Smart Technology easier to work with and transmit data from once source to another with greater strength and signal clarity.

And that is worth some consideration.