I’m on a tropical beach, gentle waves lapping the shore beneath the palm trees. “There is no past, no future, only you and me, here now,” says a hypnotically calm woman’s voice. Then with one click of my finger, I’m transported to the side of a gurgling river, watching fish leap into the air. “Anxiety is constant fear,” she continues. “To be at peace, you must be in the present.” 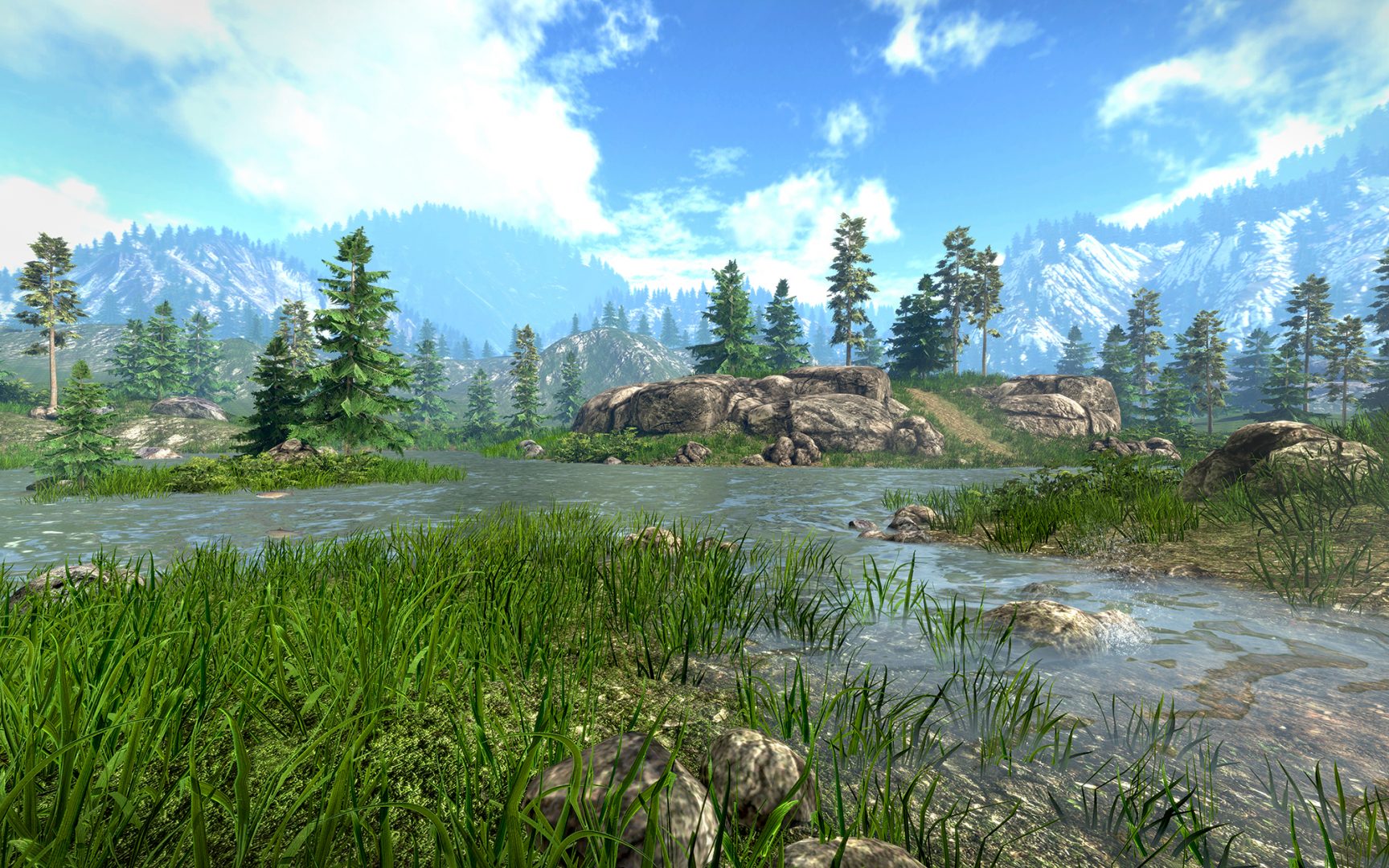 I’m jolted back to reality when I hear the excited screams of someone in the pod next to me, evidently playing a violent VR game. I’m not on a beach or a river, but at Toronto’s House of VR, a new virtual reality lounge on bustling Queen Street West. I’ve dropped in to try out their Guided Meditation VR, a free meditation program available on the Oculus Rift headsets. The meditation platform takes my resting heart rate before and after my VR experience, and it turns out it’s dropped a few beats per minute, from 77 to 74—not a big difference, but still something. It turns out virtual reality headsets aren’t just for basement bros looking for a more immersive Halo experience anymore—VR has enormous untapped mental health benefits.

Guided Meditation VR is part of a new wave of virtual reality products and platforms hoping to change the healthcare landscape for the better. Their aim? Reducing stress anxiety and high blood pressure via expert guided meditations in dreamy immersive environments that’ll make you feel like you’re on vacation.

According to Josh Farkas, the Founder of the company that created Guided Meditation VR, Cubicle Ninjas, the guided meditation program was born out of an escapist fantasy, but soon became something much bigger. “Chicago experienced the coldest Winter on record in 2014. Out of desperation, we made a lush tropical beach VR beach prototype,” he says. “What started as a joke quickly became the hit of the office, as we had people laying on the sunny shores for hours per week watching the birds.” Farkas and his team were surprised by the impact of the prototype on their moods: “What surprised us most was a strange feeling when we took off our headsets: relaxation. It actually felt like we’d went to the beach. This started our quest to build the first relaxation app in VR!”

Given that anxiety disorders affect around 40 million Americans and cost a whopping $42 million a year (according to the Anxiety and Depression Association of North America), alternatives to current treatment options (or the lack thereof) are certainly needed. “Imagine reducing fear, pain and anxiety, without the need for drugs, no known side effects, and at a low, scalable cost,” says Farkas.

He’s not the only one taking note of VR’s potentially huge impact on healthcare. Matthew Stoudt, the CEO of the VR platform AppliedVR, has partnered with Los Angeles’ Cedars-Sinai Medical Center and Samsung to create VR headsets for patients undergoing painful or stressful procedures. Imagine this: you go in for surgery, only to strap on a VR headset and play a game called Bear Blast that involves hurtling balls at as many rolly polly anime bears as you possibly can. Or maybe you pretend you’re swimming with whales or taking helicopter rides over Iceland. In any case, you’re soon distracted from the surgery at hand. 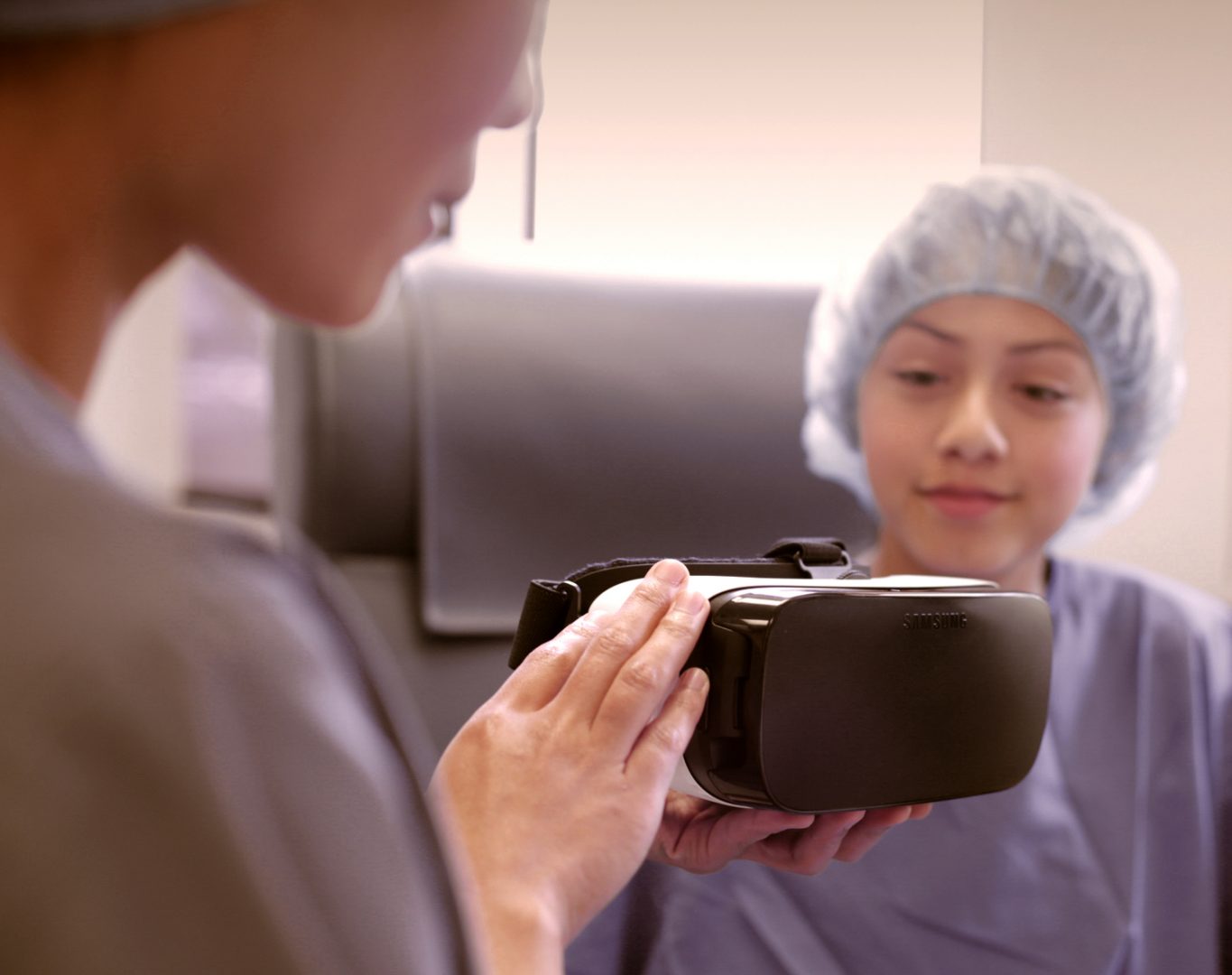 The desire to use VR to reduce Opioid use—and dependency—is a big driver of the work Stoudt’s doing. “If we can avoid doing opioids in the first place, we always want to do that,” he says. “But to the extent that we can’t avoid it, we should at least do whatever we can to reduce the use of it.” The longer a patient takes opioids, the more likely they’ll get addicted to them long-term. For example, a CDC study found that one in five patients with a ten-day prescription for opioids wound up addicts, while nearly 50% with a 30-day prescription became addicted to the drugs.

A small study  co-authored by Cedars-Sinai’s Dr. Brennan Spiegel, published in JMIR Mental Health, found that 65% of patients treated with AppliedVR’s headsets reported a reduction in pain, concluding that “VR is an effective and safe adjunctive therapy for pain management in the acute inpatient setting.”

And just why might virtual reality actually reduce the amount of pain your mind registers? “We believe virtual reality hijacks the senses, but in a good way,” Spiegel says in a statement. “It creates an immersive distraction that stops the mind from processing pain, offering a drug-free supplement to traditional pain management.”

Stoudt hopes to eventually see their VR platform in clinical settings all over America: “Our objective is to have our headsets in every one of the 1.5 million operating rooms, pre-op rooms, post-op rooms, urgent care, doctors offices across the US,” he says. He refers to their platform as a “VR pharmacy,” and can visualize a day where doctors actually prescribe patients a round of VR. He hopes to attract third parties with great ideas for VR games or programs for use to stock in his “pharmacy.”

Stoudt points out: “A lot of these people will have great ideas but will have no ideas how to penetrate this crazy convoluted world called healthcare.” He may just wind up a gatekeeper to that world himself, given that he’s already worked with Samsung to create a headset that can pass a hospital’s exacting safety guidelines and has optimized the headsets for a hospital setting. “We had to create a whole protocol around how you clean these and we had to create our own face pads for it—things of that nature,” he says. He hopes AppliedVR will soon be a one-stop shop for VR experiences in hospitals: “No hospital wants to deal with 15 multiple providers of VR. They just want to go to one source.” 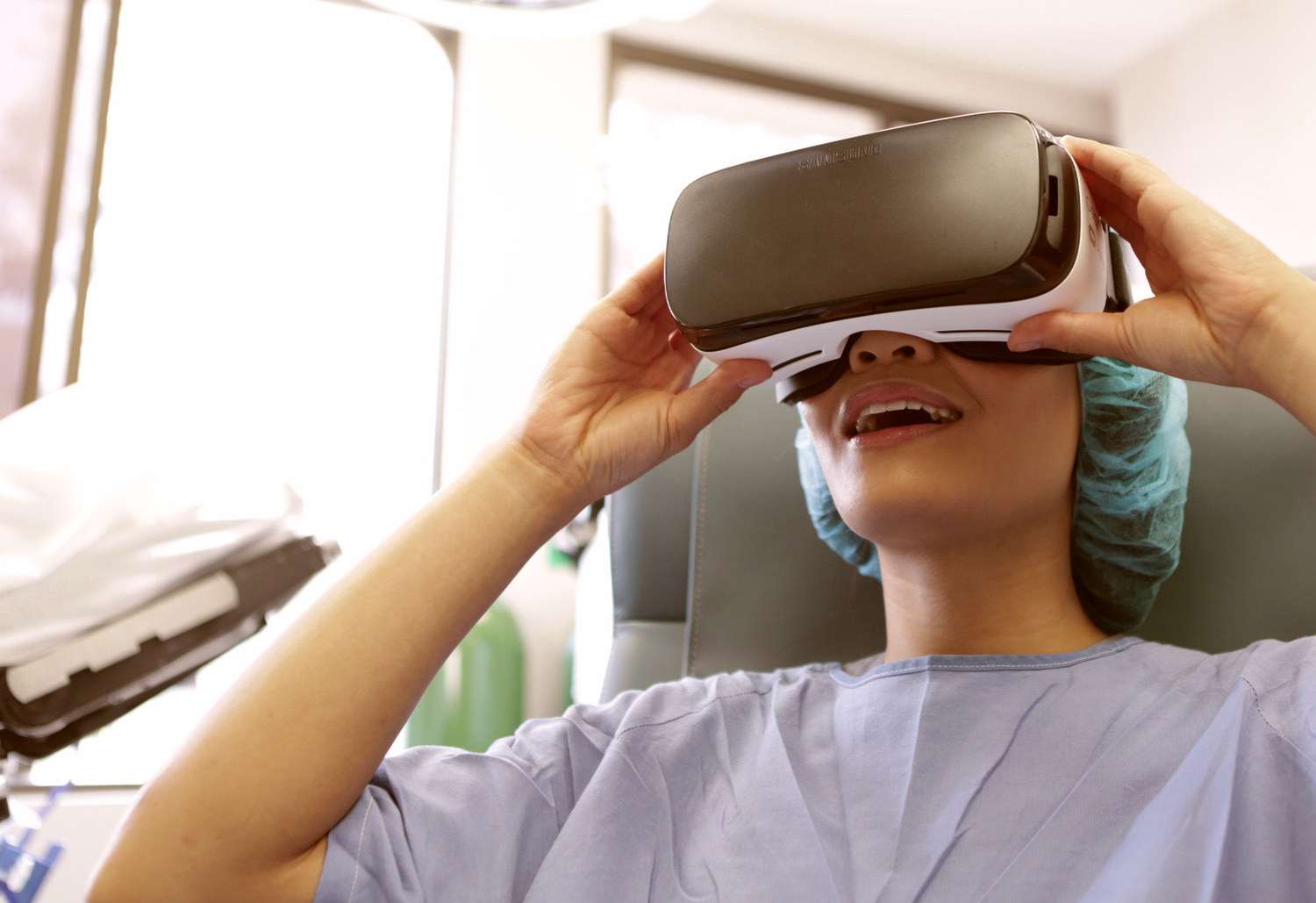 Is VR a magic bullet for the health care world? We’ll need to see more peer-reviewed research before we fully understand VR’s bigger potential. But until then, I can confirm that it does help take the edge off a hectic day—and it’s healthier than an evening beer.