Episode 5 of Westworld saw Dolores making major strides towards self-determination, the Man in Black making major progress towards the Maze, Billy growing major balls and El Lazo taking on an intriguing (and major) new importance. In short, it looked like we were heading towards some major revelations. Majorly.

So it should be no surprise that last night’s Episode 6 took those storylines and…completely ignored them! For the first time, almost none of the on-screen action took place inside the park. We saw the Man in Black get a little bit closer to Wyatt and the Maze—thanks in part to Teddy mowing down a bunch of soldiers with a Gatling gun—and that’s it. No Dolores at all, no Billy or El Lazo, no news on Logan (or any other Guests, for that matter). This episode was all about the behind-the-scenes intrigue, and while that might seem like a bit of a cheap delay tactic on the part of the writers, I’m happy to be their apologist.

The real answers in Westworld can only be revealed by a few characters who stand outside the park; Ford, his long-dead programming and engineering partner Arnold, Theresa, and Bernard (though how much Bernard knows versus how much will be revealed to and through him remains an open question). The Maze, Dolores’ growing independence, and all the rest will eventually lead back to Ford and the as-yet unseen board, so it’s about time we started to make some headway here.

All of the answers we got in this episode lead to more questions, of course—that’s unlikely to change until Episodes 9 and 10—but the answers are fun to have nonetheless.

First, behavioral programmer Elsie is hot on the trail of the spyware she found implanted in a rogue Host. With Bernard’s help, she finds where the Host was headed to transmit the stolen data it had acquired, and learns that the satellite set to receive the transmission is owned by Delos, the conglomerate that also owns Westworld. She also learns that Theresa is responsible for the spying (or more accurately, for covertly passing data to her corporate masters, circumventing Ford and others), and that someone has made significant and dangerous changes to certain older Hosts’ programming. All of this is communicated to Bernard. Elsie makes one more “Oh, shit” discovery but is grabbed by an unknown assailant before she can tell anyone else (including the audience) what it was. 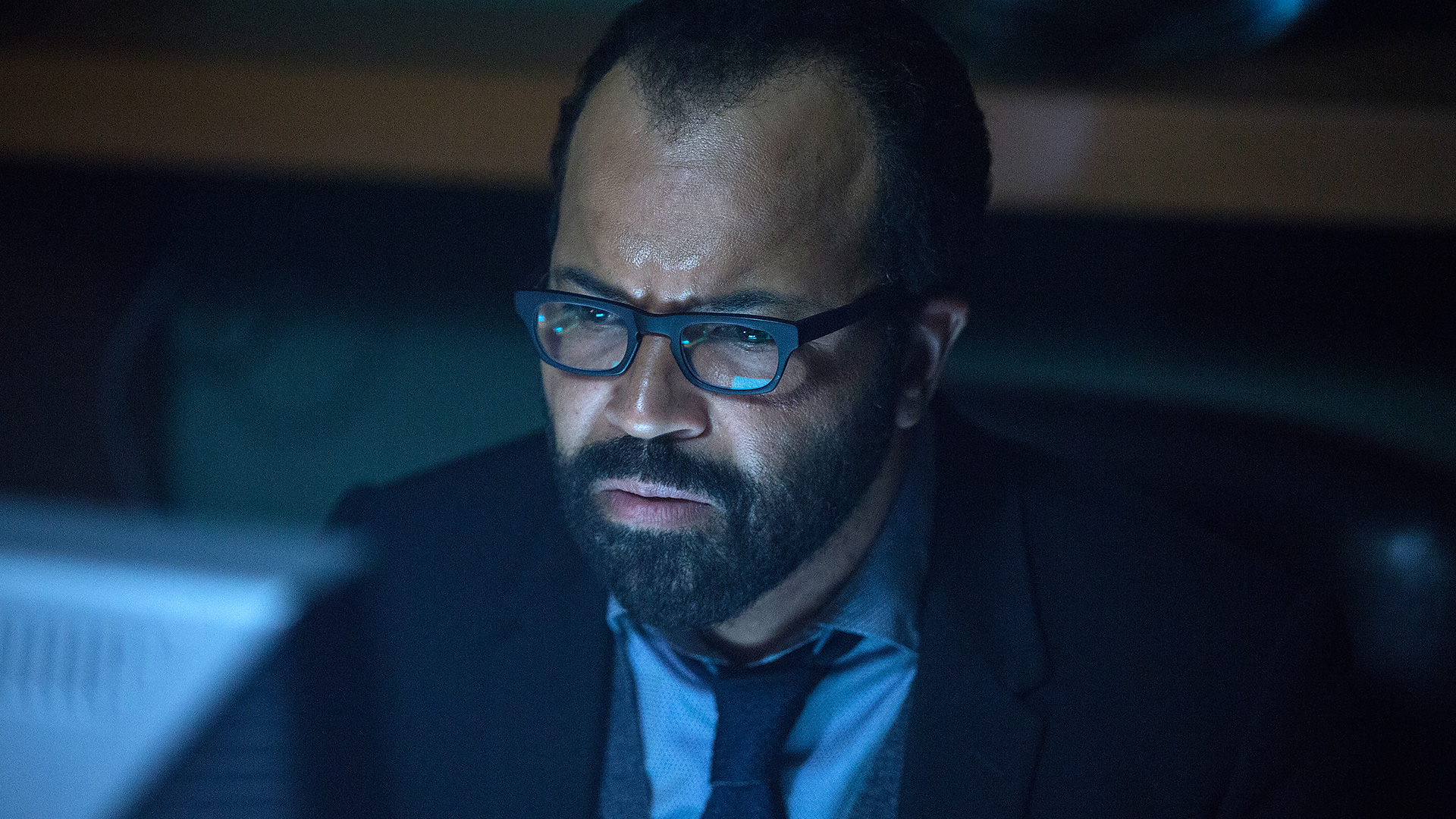 Meanwhile, tracking Elsie’s rogue Host causes Bernard to stumble upon a cluster of unregistered Hosts in the park, and it turns out they’re all being secretly maintained by Ford. These are the last Hosts designed and built by Arnold before he died, and were a gift to his partner: they are Ford as a boy, his brother, his parents, and his dog. They give a bit of depth and vulnerability to Hopkins’ otherwise impenetrable character, but we’re still waiting for his tragic flaw to be revealed.

Last episode, Ford tries to intimidate Theresa by revealing that he knows about her affair with Bernard. This episode, Theresa tries to remove that leverage by cutting things off with Bernard. Both retain their composure, Theresa somewhat more successfully, but both are also visibly upset. Theresa’s timing is impeccable, though; the executive director of Westworld’s board shows up right on cue, ready to review and likely make some changes to the resort’s executive staff. This is bad news for Lee Sizemore, head of narrative, who drunkenly flirts with the executive director poolside before he knows who she is; his formal introduction had him wang-out, having just urinated all over the giant Westworld map in the facility’s control room.

So Theresa is in cahoots with corporate and Elsie’s on her trail; Ford is keeping more than a few secrets in the park and Bernard is on to him; the executive director’s arrival is sure to shake up everything including Lee’s peepee; and you can just bet that Episode 7 will pivot back to the other storylines and hardly advance these situations at all.

But the real gem in this episode was, of course, Maeve. She may not be going through the same deep existential revelations Dolores is experiencing, but she’s finding her way to some hard answers about her world. She already knows that “death” in Westworld does nothing but bring her back to the lab, where she can wake herself up and get some direct answers. Through physical threats, blackmail, and the skillset that makes her so effective as Westworld’s leading prostitute, she gets a full tour of the design and programming process for Hosts, learns about her own programming, and wrangles some changes to her personality—most notably cranking her intelligence up to max, far higher than any other Host. 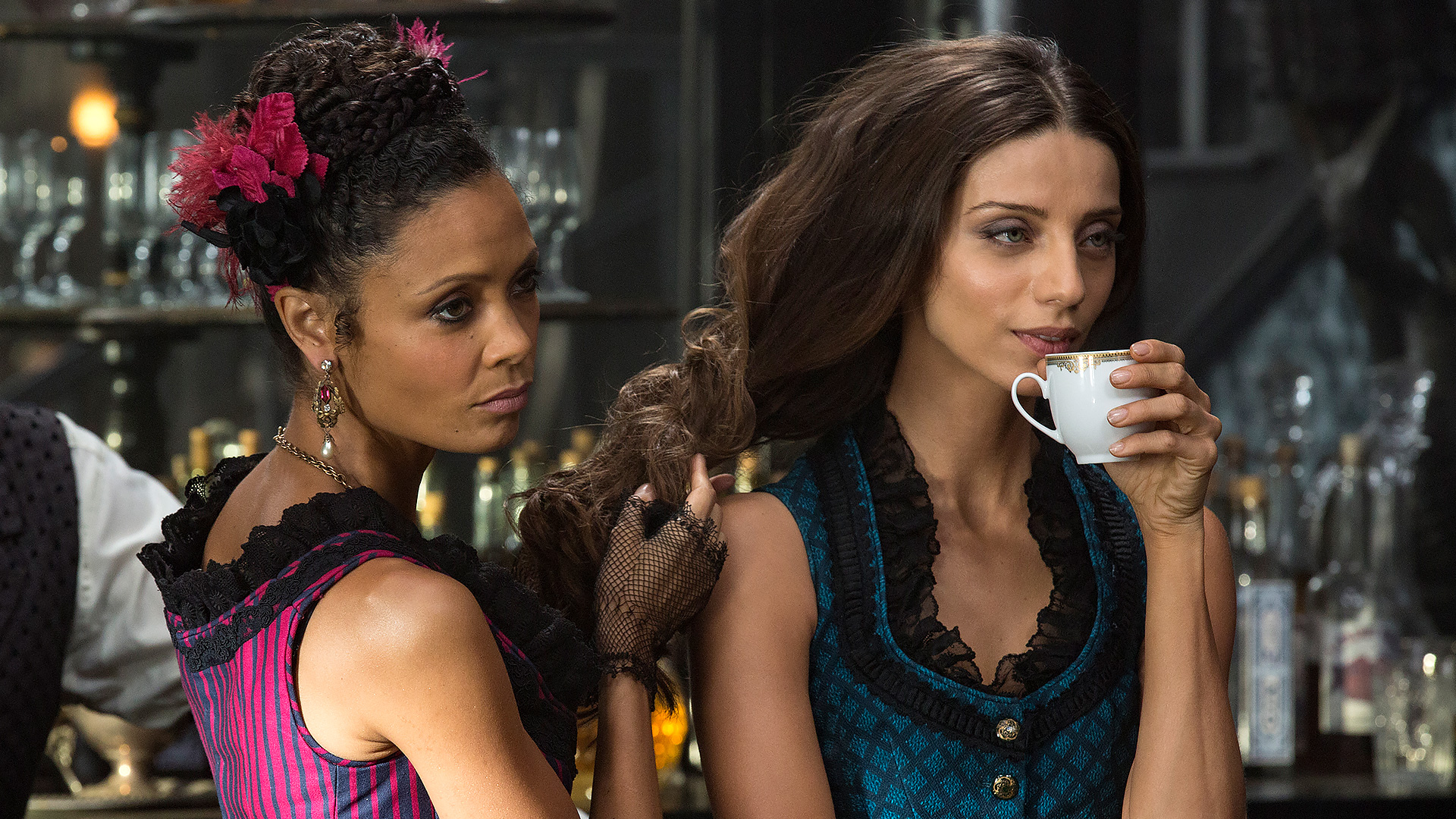 At one point on her tour Maeve sees a video montage advertising Westworld. It includes a shot of her with her daughter, showing her a scene she remembers only from her dreams. This leaves her speechless, as does her first direct confrontation with the fact that her thoughts are a direct and predictable part of her programming. These vulnerabilities provide an important balance to the new badassery she has acquired, keeping her identity complex and her future uncertain even as she gains inordinate powers for a Host.

We also learn that someone near the top of the pecking order has already been tweaking Maeve’s personality. Could this someone be behind her newfound self-awareness (duh)? This is one storyline we might actually get to see develop next episode, so watch this Sunday, then check back here Monday for another scintillating summary.