I’ve resisted nerding out on Westworld‘s episode titles up until now. They’re all deeply symbolic and illuminating, but not especially plot important. The concept of the “Well-Tempered Clavier” is something that I’ve found richly poetic since first learning about it as a young lad taking piano lessons, though, so bear with me while I briefly dissect the importance of this title to the action in this second-to-last episode of the season.

“The Well-Tempered Clavier” is a set of tunes (technically, preludes and fugues) written by J.S. Bach in the first half of the 18th century, when mechanization in music-making was at its zenith thanks to advances in organ building. There are 24 pieces of music in the collection, one for each of the major and minor keys recognized in Western musical notation. To be played “purely,” each key requires tuning so that all notes have the perfect pitch in relation to other notes in that key. Notes that are not part of that key, “accidentals,” sound severely out of place with “pure” tuning, and to move from one key to another requires the instrument to be completely returned.

The concept of a “well-tempered clavier” (“klavier” is the German word for “keyboard”) is a tuning arrangement that makes each key slightly imperfect but that allows for all keys to be played without retuning, and that allows accidentals to be played without jarring the ear. Purposeful imperfections in the design allow for a more versatile and well-rounded performance. Sort of like imperfections in an AI’s coding might lead to more versatile and well-rounded facsimiles of humanity…and how imperfections might be the basis of our own humanity, as well. 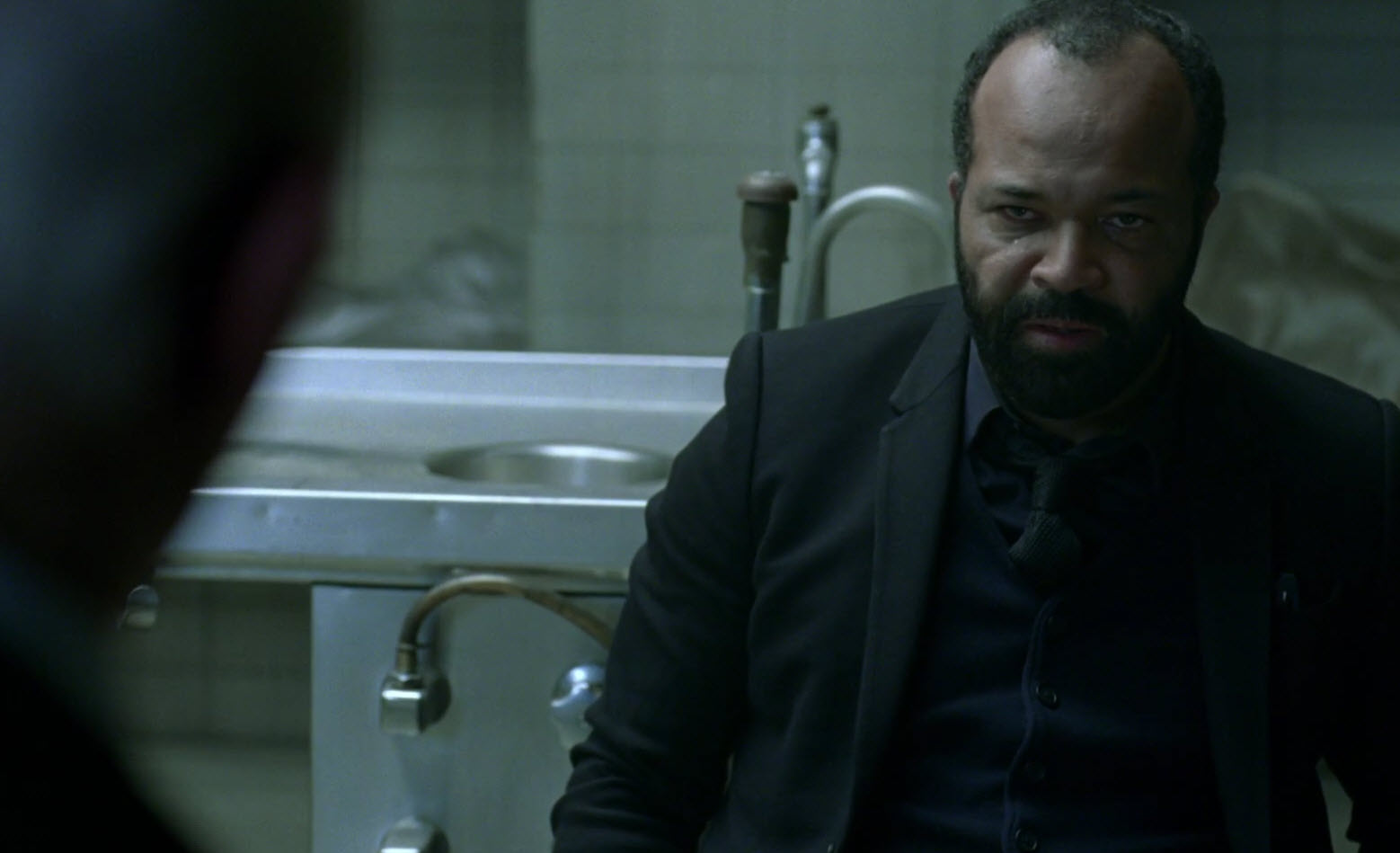 Episode 9 is all about the imperfections that lead to the perfectly orchestrated and inevitable ends that will be revealed in next week’s season finale. Maeve’s flawed programming allowed her to not only become cognizant, but to gain control over other Hosts and even, in her limited world, over life and death. When she appears before Bernard due to the violence she perpetrated at the end of Episode 8, she reawakens his knowledge that he is an AI and has him return her to the park. She recruits Hector, the dangerous bandit, to join her in “hell” (i.e. Westworld’s engineering rooms), the two of them “dying” together in a fire with plans to wreak havoc and escape after they’ve been recovered.

Bernard’s new awareness sees him essentially kidnap Ford and force him to show Bernard his entire history. We learn that Bernard is indeed an AI version of Arnold, as many have speculated, and that the tragic loss of his son was made the cornerstone of his backstory because, according to Arnold, tragedy—what one might call an imperfection—made the Hosts more real.

Bernard and the audience also learns that he killed Elsie, wrapping up the mystery of what happened to that wayward engineer. Just when it appears that Bernard might actually be able to break free and proclaim his humanity to the world, though, Ford reveals that there’s a backdoor to all of the Host’s programming, including Bernard’s, and that Ford still has complete control. Bernard is forced to shoot himself in the temple; whether this means Ford has given up on his AI partner for good or will simply repair and rebuild him to try again as he has in the past is left for us to speculate on.

What is clear, though, is that everything has happened before, and we are definitely watching at least two different timelines. Not only have Ford and Bernard had similar confrontations in the past, but we also seem to see Dolores jumping back and forth in time—in actuality, she’s jumping back and forth between “now” (the easiest shorthand for the most temporally advanced timeline) and her memories of the past, which, like other Hosts, she relives with complete accuracy.

After she and Billy are captured by Logan and the Confederados, Logan guts her to show Billy she’s just a machine. She manages to escape only to find she isn’t actually gutted and she’s in different clothes. Her storyline with Billy took place years ago, and she’s never quite escaped the cycle. 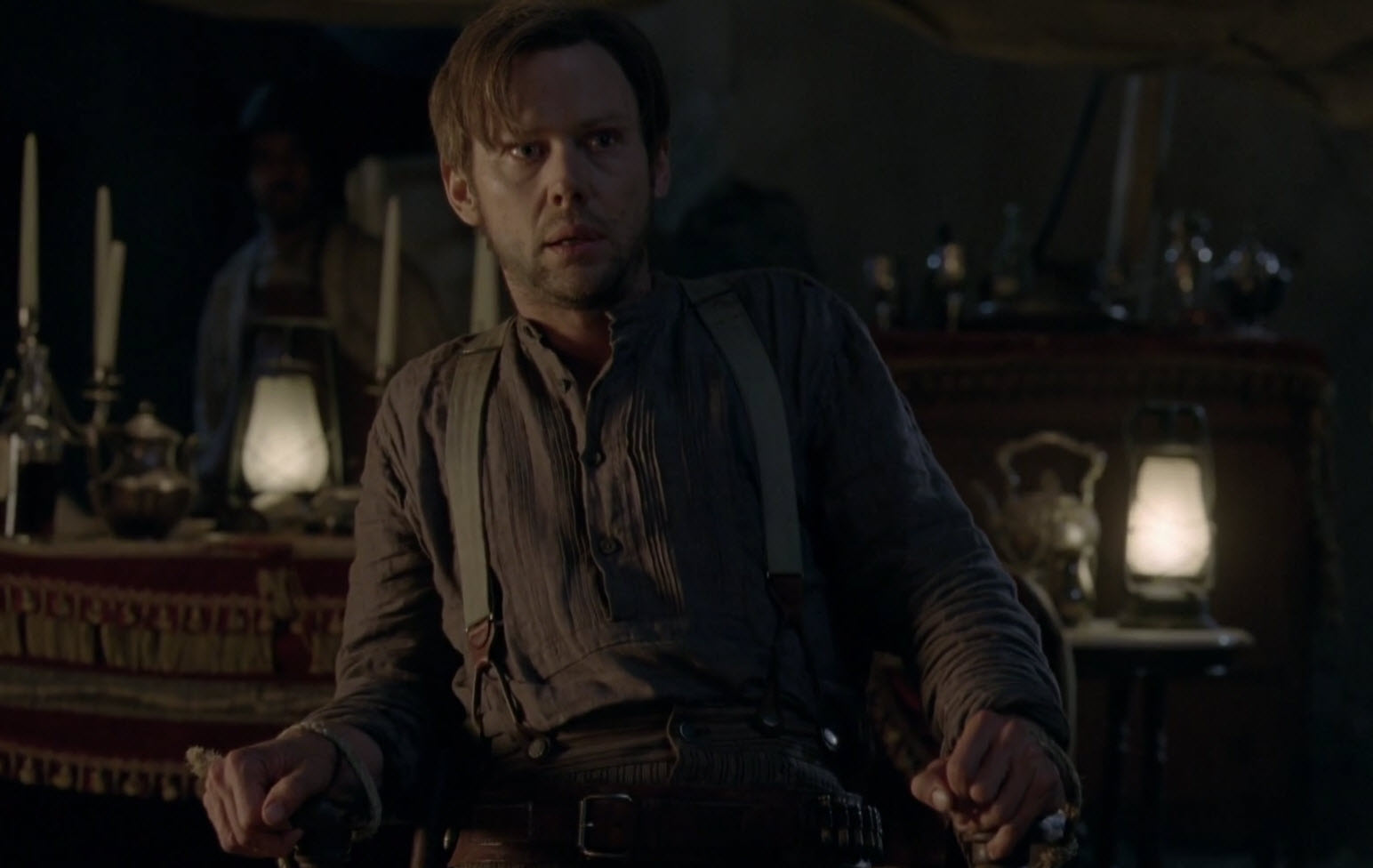 We also see Logan give Billy a picture of Logan’s sister, Billy’s fiancée, in an attempt to remind him of what’s waiting in the real world. It is this photograph, aged and worn, that Dolores’ father finds in Episode 1, the modern urban scenery in it triggering his existential crisis and mental collapse. It’s the first piece of hard evidence we have of the multiple timelines, cutting through any confusion of when each Host is experiencing what in relation to one another. The picture is untattered, unfaded, and clearly of the “present” when it is handed to Billy; it is aged when Dolores’ father sees it in the “now” timeline.

That’s still not an explicit confirmation that Billy is The Man in Black, of course, but we do know that the Man in Black is in the park “now.”

He’s still on his quest for the maze, with Teddy’s help, but after being ambushed by Wyatt’s crew they don’t make much progress. Teddy might actually be Wyatt, we learn, but he might need to die a few more times before he awakes to that reality. The Man in Black is almost killed, too, but manages to escape just in time for a visit from Charlotte Hale, the chairman of Delos’ board. She fills him in on Theresa’s death and confirms for the audience that he is a member of the board and a major corporate stakeholder in Westworld. The Man in Black makes it clear that he doesn’t want any interruptions while he’s in the park, telling Hale she can do what she wants with Ford as long as she leaves him alone; as he tells her, it is not Ford’s story-lines he is after, but someone else’s.

Maeve’s escape plot is moving forward, thanks to Bernard’s help. Bernard is dead, possibly for good, thanks to Ford’s interference. Ford’s days may be numbered, thanks to Hale. Hale is on her own, though, with no real help from the Man in Black, and he’s on his own, too, now that Teddy is dead. But with Dolores nearing complete understanding we’re bound to see these two come together in Episode 10 to fully unravel the mystery of The Maze…

…or to set up a whole new set of questions for Season 2.