There’s no question that AR—augmented reality, the less sexy but arguably more useful stepsister of virtual reality—is going to be revolutionary. Medicine, logistics, gaming, and a load of other industries will benefit from the tech. But before they can make use of it, the tech has to be built in a usable fashion, and AR developers have hit more than a few bumps in the road as they race to the finish.

Closures, Buyouts, and Fakes, Oh My!

One contender, we can cross off the list is CastAR, a recent and surprising casualty in the AR war. Despite a successful Kickstarter campaign that yielded to outside venture funding—CastAR took in $15 million from legit investors and returned the $1m they had raised through Kickstarter, which allowed them to postpone their release date—the company suddenly shuttered last week when the fund ran out. A skeleton crew is hanging on to try and sell their tech, but the quiet desperation they’re signaling isn’t going to get them a great price.

Then there’s MagicLeap, which has been making headlines for the past few years for reasons both good and bad. The good: their tech, though mostly kept under wraps, seemed years ahead of everyone else’s, with seamless, high-quality images superimposed on the real world through some fairly simple headgear. The bad: Turns out at least some of what they showed the public was made by a special effects company for promo purposes, despite their claim that it was actual MagicLeap footage. And also they’re facing a lawsuit that alleges sexism and other cultural problems (but what else is new, right?).


Turns out this video is a total fabrication.

So we’re taking MagicLeap’s claims that they’ll have a market-ready AR system out by next year with a few grains of salt. So is the industry at large, it turns out, with a recent survey showing that only 3% of AR application developers are making things for the MagicLeap platform. 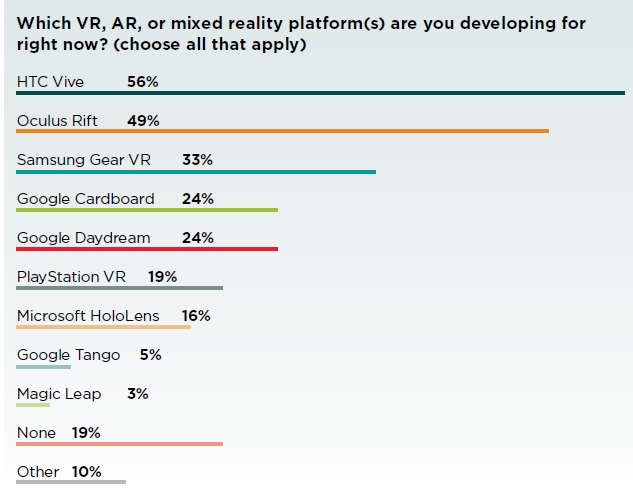 Then there are the major players, many of which are mixed virtual/augmented reality platforms. There’s Facebook-owned Oculus, which is one of the first VR/AR systems to actually hit the market; Google’s various entries and Microsoft’s HoloLens, all cobbled together by combinations of internal development and outside acquisitions. Then there is the smartphone-based Samsung Gear VR system, one of the cheaper options on the market (not counting the price of the phone); and HTC Vive, which is a favorite among consumers and developers and which recently got a boost from an unlikely—though in hindsight, predictable—source.

Palmer Luckey, founder, head tech, and lead douchebag at Oculus Rift before Facebook ousted him in March is reportedly funding a hack that allows Oculus-only games to be played on the HTC Vive headset. Though the terms of his separation from Facebook/Oculus haven’t been disclosed, I find it hard to believe this isn’t a violation of that agreement in one way or a dozen, so we’ll see how it all plays out. 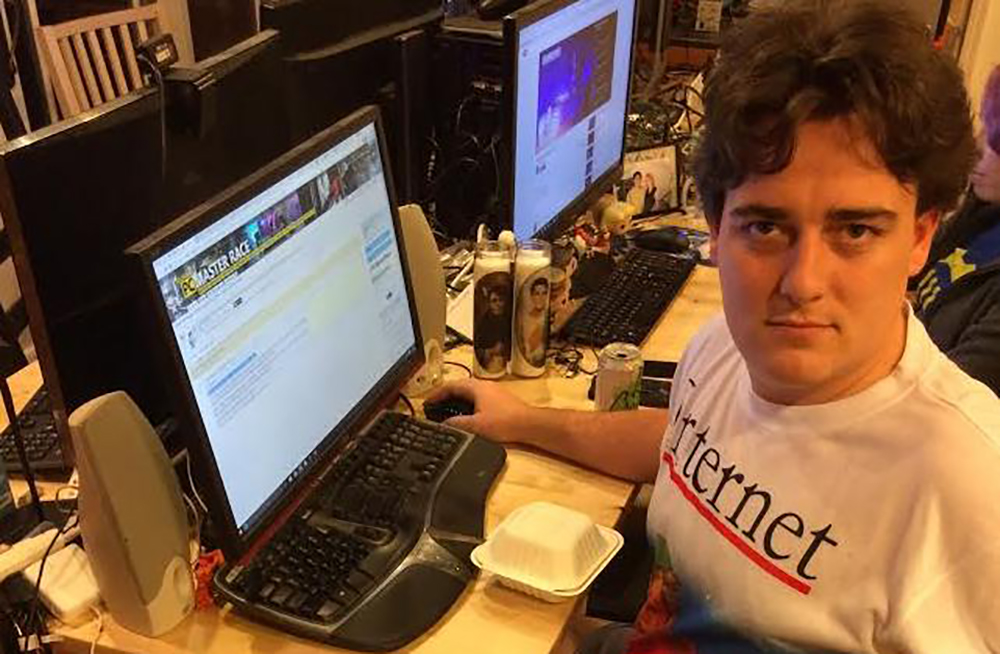 One can only hope Zuckerberg takes back a nice chunk of the estimated $700m this guy got for selling Oculus. Image Source.

Oculus, HTC Vive, and the other gaming platforms already on the market are all focused more on VR than AR, though, and for one simple reason: the tech is easier. A fully-contained digital reality is more predictable and controllable from a software perspective, making latency and resolution easier hardware hurdles to surmount. With AR, there needs to be responsiveness to the real external environment of the user, whether they’re gaming or performing surgery. And obviously, the latter use case requires a great deal more responsiveness, accuracy, and precision to make the tech useful. This is why a robust and widely usable AR platform has yet to hit the market.

A new Finnish startup, Varjo, claims to have hit new milestones in these areas, with resolution up to 70MP versus the 1.2 achieved by Oculus and the 1MP provided by Microsoft’s HoloLens, but so far that resolution only appears in a narrow band of the vision field. Once they broaden the scope of the high-res field without creating latency issues, this as-yet-unheard-of contender could be in the lead for a real-world AR system.

Until then, we’ll keep our eyes peeled.