Smartwatches today are fairly popular, however, although useful, many argue they aren’t as fashionable as classic analog watch sets.

ZeTime is the world’s first hybrid smartwatch that combines mechanical hands over a full round color touchscreen. By using proprietary technology, the makers are able to cut a hole in the center of a round TFT color display in order to have the analog watch hands pass through. The watch also uses patented Smart Movement technology to update the time based on user location automatically and will work up to 30 days on a single charge. In addition to automatically updating the time, the Smart Movement technology also is designed to move the hands to increase the visibility of the screen.

The Smart Crown functionality of the device enables users to navigate throughout the various menus and screens, by rotating the knob. To select items or validate a menu, users only have to push the crown. For the fashion conscious there’s also the ability to change the watch bands. In addition to showing notifications and alerts, ZeTime also is built to display data from the user’s favorite social networks and apps notifications from Facebook, Messenger, Twitter, Instagram, Snapchat, Linkedin, Gmail, Skype, WeChat, Hangouts, Uber, Viber and more.

ZeTime comes in two different versions, a regular (44m) stainless steel watch case and a petite (39mm) watch case, both of which are inspired by Swiss design. In smartwatch mode, the device is designed to last 3 days on a charge while as mentioned earlier, the mechanical hands alone function for 30 days on a single charge. The watch also is water resistant up to 30m and is protected by ultra-resistant Sapphire glass. 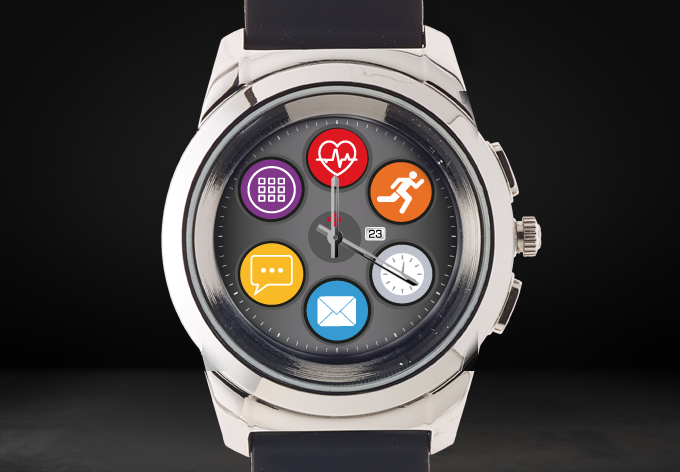 In addition to being a watch, ZeTime also is a fitness tracker. The built-in three-axis accelerometer tracks the user’s daily steps, distance, calories, and active minutes. It also functions as a remote control for music applications, cameras, plus it can ring the user’s phone should it get misplaced. As with many smart devices on the market, the hybrid smartwatch has a companion IOS and Android mobile application which connects to the watch via Bluetooth. The applications enable users to view fitness data, reminders and perform other essential actions with a few taps.

ZeTime comes in three different versions:  Original, Premium and Elite.  The primary differences between the three versions are the types of watch bands equipped with the device.