As 360° video becomes more prevalent on social media sites, many amateur auteurs are wondering, “When will I be able to make my own?” Looking at a 360° starscape from the ISS is undoubtedly cool. So is watching a fighter jet take off. But until everyday consumers can afford to buy 360-degree cameras, we won’t see its true potential as a storytelling tool.

When the HD GoPro came out a few years ago, it allowed everyday consumers to create high-quality fisheye video for less than $500. Once smart phones started coming equipped with high-quality video capabilities, there was no turning back. The amount of sharable video has exploded in recent years, and apps like Snapchat, Vine, and Instagram facilitate entirely new forms of expression every day. In order for 360° video to capture the cultural imagination, it’ll need to be as affordable as a GoPro was back in 2011.

I’m happy to say that day has come. When I looked into 360 cameras last year, they cost hundreds of dollars to rent and thousands of dollars to buy. But thanks to some big corporate gambles and successful crowdfunding campaigns, we now have 5 great options for 360 cameras under $500.

Why not start with the newest and smallest? The Luna has gotten some attention recently due to a successful Indiegogo campaign in which they raised over $300K. The spherical design is sleek and waterproof, with two 190° fish-eye lenses coming together to form a complete, composite image. There are no blind spots at the top or the bottom, and you can look anywhere up-down-left-right by either scrolling with your finger on a mobile device, using a mouse, or strapping on a VR headset and looking around. 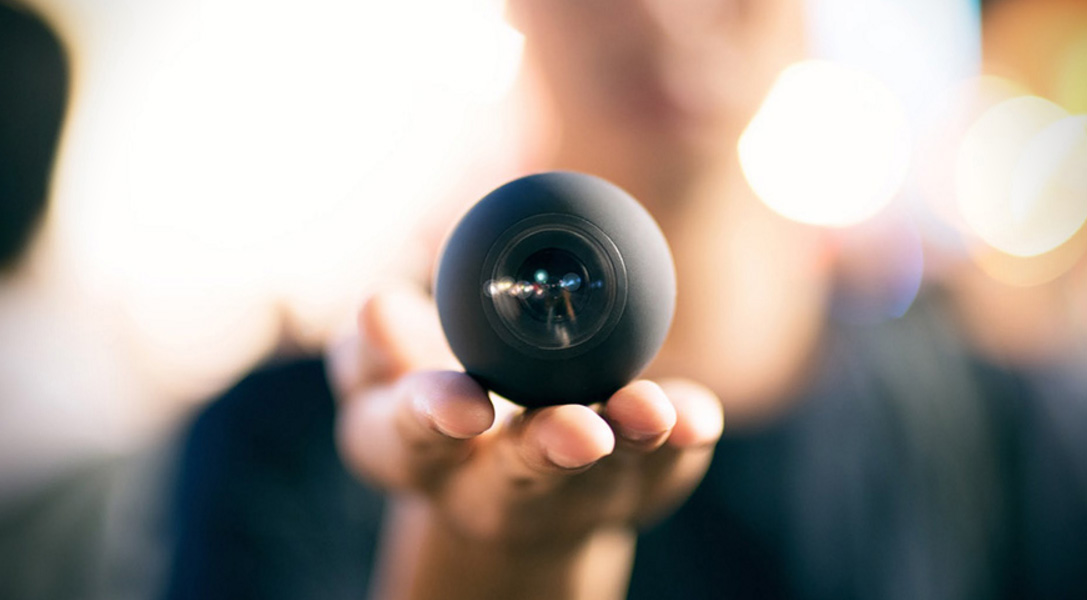 Images or videos are recorded on Luna’s 32gb internal memory card. The camera also offers live streaming, instant sharing, and a live preview option through your phone, just like a GoPro. Memora Inc., the company that created Luna, came together at Singularity University, a Silicon Valley think tank founded by the world-renowned futurist, Ray Kurzweil and X Prize founder Peter Diamandis. The camera is still available on Indiegogo for $299 and will likely retail at $400. There is an audio recorder, but no word yet on the quality of the sound. The only problem: it doesn’t ship until October, and there are comparable cameras out now.

Theta – The Luna that’s already out

The Theta S, latest in a series of 360 cameras,  offers up to 25 minutes of video recording on its 8GB internal memory card. It’s slightly more cumbersome than the Luna, but they share many similar features as well as a similar image quality.

The benefit of the Theta is that it’s available now, while the Luna won’t ship until the Fall. By that time, the Theta may have come out with an updated design that meets some of the same needs. Namely, they both deliver full 360° videos without blind spots.

VSN – The Customizable One

Motion detection allows the VSN to turn on automatically when it sees a moving object, and it can use its accelerometer, barometer and GPS to provide relevant information that improves the quality of the recording. There’s also dual stereo audio recorders, making this a better sound option for audiophiles. The camera, however, cuts off the top and bottom of the shot, which reduces the usefulness. The fact that it can record onto microSD cards also allows for longer takes than cameras relying on internal memory. The VSN comes with a Bluetooth remote to take pictures and videos, and a companion mobile app. The VSN retails for $449, but can be found for less on B&H.

360Fly, which joined the 360 fold in 2011 with a lens attachment for iPhones, now has two different 360 cameras. One is HD resolution and one is 4K. The 4K retails at $499 and has double the resolution of similarly-priced cameras. Manufacturers that advertise 360 “HD” video are usually referring to a 1080p resolution, which looks great on a screen but can become less clear when it’s stretched to cover 360. 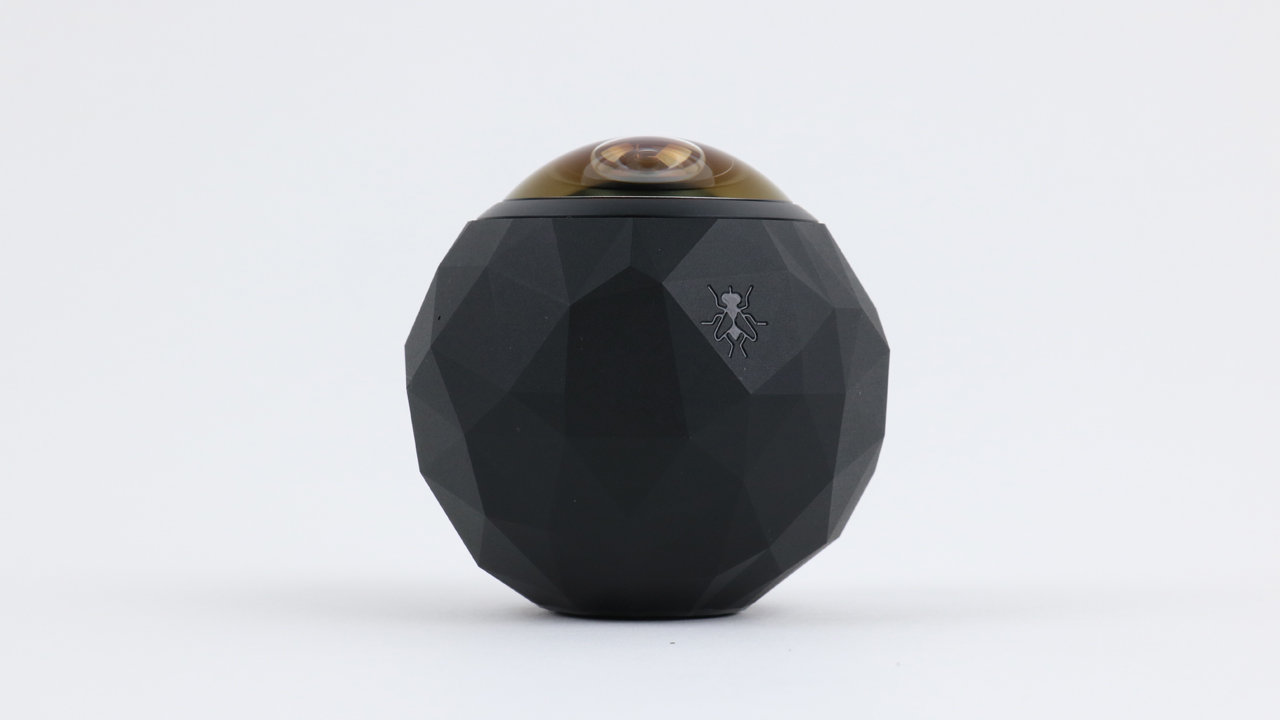 The 360Fly can record up to 3 hours of footage on its 64GB internal memory card, and like the Luna, it’s waterproof, durable, and easy to place. The polygon design might look like a Dungeons and Dragons die, but it gives you dozens of surfaces on which to rest the camera, eliminating the need for a stand with many different shots. With market-tested experience, and great specs, this is perhaps the highest quality 360 camera under $500. The only drawback is the single camera. Although they do an excellent job at reducing blind spots, you can’t get everything unless you have at least 2 cameras.

Let’s say you don’t have $500 bucks. Maybe you’re a broke teenager who wants to shoot a movie with your friends, pop it into a cardboard VR headset, and relive your handiwork. Scrounge up a few bucks and invest in the $60 Cube. The resolution is lower (1280 x 1024), and there’s a large blind spot underneath its singular camera. But it does come equipped with a microSD port and a long battery life providing 180 minutes of non-WiFi record time (90 minutes with WiFi). There’s no support for YouTube uploads, but there is an app that allows you to watch your recordings through a Bluetooth connection. It’s not much, but when I was looking at $15,000 360 cameras last year, I never imagined we would see a camera like this for under $100. 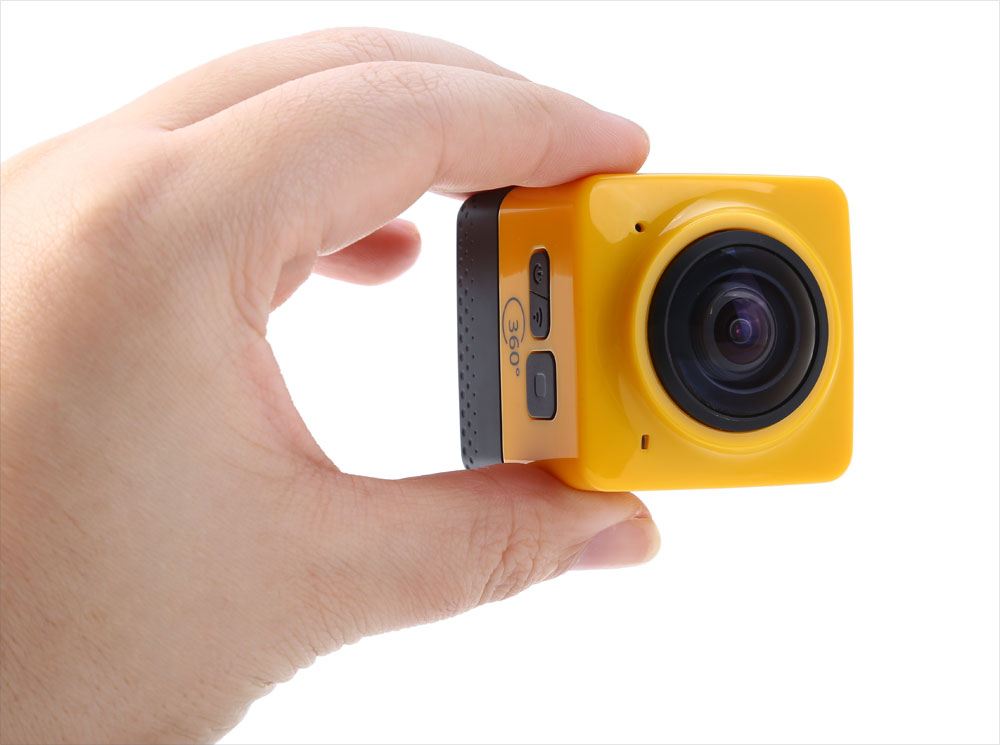