A lot of people are saying that we’re staring at the crest of another tech bubble. As a result of the recent shenanigans in the stock market – and probably somehow related to the latest stack of sluffies* from Miley Cyrus – investors have quickly become more hesitant to sprinkle cash around like they at da club. In anatomical terms we can all understand, much investor attention in tech is shifting from “GROWers” to “SHOWers”.

All that is to say that money is tight for ambitious startups yet to have fully proven the financial strength of their idea and their business model. If significant adjustments aren’t made, many will find themselves on Shark Tank using back-up cheerleaders to pitch cigar-cutter iPhone cases to Mark Cuban.

I know exactly what it’s like; I’ve started a few startups in my life, one of which you’re essentially reading right now. Several times I have been on the front lines of entrepreneurial famine. But when I read content around the web about surviving the impending POP!, it feels like I’m back in business school, listening to some hybrid prof-consultant in a Goodwill sweater reading me chapter titles from the latest draft of their snoozefest textbook.

“Cash reserves”, “leveraged”, “lean”, “fiscal”, “valuation”, “lie”, “hide”; all kinds of business buzzwords are being whipped around at 50,000 feet in an attempt to look smart enough for broad credibility while avoiding a level of granularity that might expose uncertainty.

But we’re talking about not going broke, right? Pinching pennies for the prospect of a payout? Dumping some cargo to keep the wheels in the air? Putting the essentials before the potentials with a keen eye for the bottom line?

Doesn’t sound too complicated. I’d go with some of these…

Nobody has ever been better at surviving bubbles than people who have spent their entire lives living in one. I don’t have rich parents, but I know a lot of people who do, and it looks awesome. They pretty much fix all the problems. Except the problem of having shitty parents. But even then, they usually pay foreign actors to fill the roles and that seems to work pretty well. Rich parents have probably already funded 75% of the half-assed startups since 2009, so what’s a few more on the pile? If you don’t already have access to a pair of Clampetts, start filing some paperwork.

Of all the parlour games on the planet, table-tennis has by far the worst Intrigue-to-Irritation ratio. It’s like 0: Infinity. There are so many more interesting ways to take a break from work that are less annoying than ping pong for everyone else in the office – like using a leaf-blower or throwing eggs at a ceiling fan. It’s also a few hundred bucks you could easily put towards more pressing startup supplies like marketing collateral, food or pain killers. Put it on Craig’s List immediately. But don’t you dare touch that foosball table. 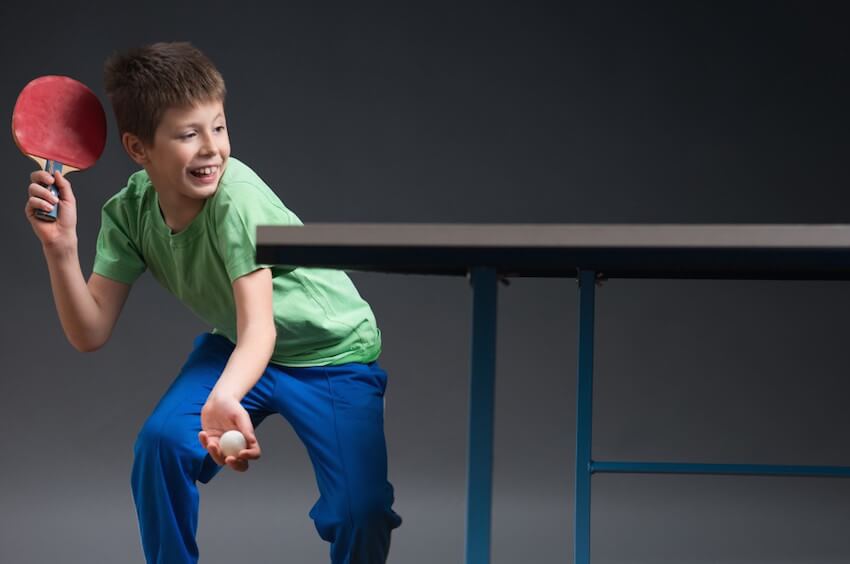 I’m not sure if you know this, but Dollar Stores aren’t really “Dollar Stores” anymore. They’re pretty much full-blown Walmarts with a better stock of mason jars (which double as moonshine pints for hipsters) and the world’s largest collection of St. Patrick’s Day hats. Seriously, you can buy almost anything there and it’s all under three bucks. Office supplies, kitchenware, toilet paper, Gatorade, rubbing alcohol, stickers, sunglasses, plants, tutus – you name it. I think I even saw someone lease a car there last week. Forget the big name brands, folks; a penny saved is a penny earned. And when you’re sitting on a bubble, every penny counts. They also use pretty big plastic bags at checkout, so you just saved yourself the cost of a garbage bin too. 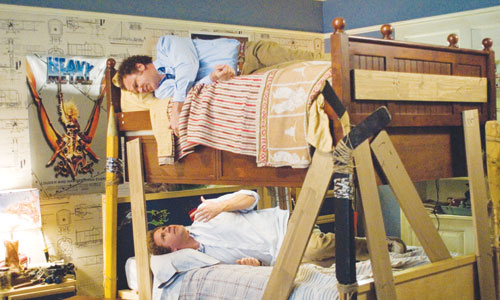 Hey, don’t roll your eyes at me. You’re the one who leveraged their kids’ future to launch some fucking app that makes it more annoying to say, “Yo” to your friends. When times get tough, the team needs to get tougher. One of the best ways to save cash while beefing up productivity is to split an apartment 5 ways and get used to hearing each other pee. Sure, you’re going to feel like a dusty college student for a while but chances are that your balance sheet gives off that vibe more than your new bunk bed. Get cozy, folks! Space is tight in a bubble.

Remember that new niece or nephew you wouldn’t shut up about last year for like, three straight months? Well, they just started pulling their weight (most of which is packed into those rolls of rear-leg-fat). According to an infographic on Care.com, babysitters earn around $13.50/hr and they are in “hot demand”. Realistically, parents want you to put their kid to bed early so guess what that means: once the little twerp is asleep, you can whip open the laptop and actually get paid to work on your startup! It’s the perfect setup and more importantly, I ain’t never heard of no babysitting bubble.

Ruthlessly Re-Evaluate Your Product and How You’re Pitching It

Ok, this one is serious. Treat this as a reality check. You thought it was going to be hard; it’s actually going to be harder. With a short-term industry horizon resembling the sprained crotch of a water-balloon, there is little margin for error. Join the question-mark marathon because now is the time to trim the fat on what you’re offering and how you’re offering it. Ask yourself, “Am I fixing a ‘Fuck This’ problem?” Be brutal to yourself and take a crack at revising the core of your product and the core of your pitch so that it is simple, undeniably profound and air tight. The last thing you need in a bubble is more people poking holes.