What company is simultaneously working on augmented reality technology, an advanced virtual assistant, an initiative to bring internet to the world and a video platform, among other projects?

If you guessed Apple or Google, you would be incorrect – the answer is Facebook.

For the past few years, the social media giant has been reaching its tentacles into places beyond simply sharing posts with friends, trying to jump to the level of Google, which itself has successfully transformed from a search engine into a multi-faceted corporation that now cares as much about saving lives as they do making them easier.

Facebook is clearly trying to make sure they don’t get left in the dust, and I don’t blame them – look what happened to MySpace less than 10 years after it launched in 2002. However, as I mentioned last week celebrating / questioning Instagram’s fifth birthday, Facebook is turning itself into an empire. Despite the allure of the word, “Empire”, it can have negative connotations.

People don’t necessarily want a single company to be in every facet of their lives. Especially Facebook, which is known to heavily “leverage” (putting it lightly?) data on its users.

I also don’t know if Facebook can handle the transition successfully. 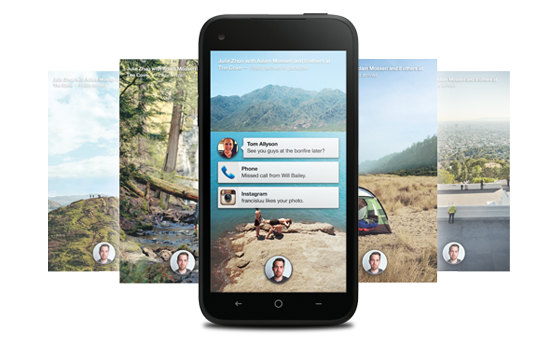 In 2013, Facebook helped launch the HTC First, a phone that operated with a system created and branded by Facebook. It was a flop. Nobody wanted Facebook to be imposed as the core of their mobile experience. Will augmented reality or a virtual assistant will inspire any different a reaction?

I do see an easier road for Facebook’s augmented reality and digital assistant.

First, Facebook has gotten into the business of acquiring companies and resisting any urge for intense rebranding. Most recently, they snagged Oculus who is already actively in the virtual reality business. Their Rift product claims to be “Next-generation” virtual reality. Without the Facebook name on a genuinely revolutionary technology, people may be more likely to pick it up, briefly forgetting what is and is not a Facebook entity.

Second, nobody else has launched mainstream, recurring AR technology. If Facebook crosses that finish-line first (or even close to first), and people like the solution, they’ll be in a strong position to grip the industry until an even bigger name starts throwing weight around (i.e. Apple, Google).

Plus, AR is really cool, so they have that going for them too.

The virtual assistant, while seemingly less futuristic, actually excites me even more. Having been referred to as “Siri on steroids”, Facebook’s “M” is currently only released to select people, but when it launches, seems like it’ll be a doozy.

Current users have mostly been asking for restaurant suggestions and reservations, but some have also used it to successfully negotiate bills with cable companies, book a vacation and plan a wedding. When I use Siri, I find it frustrating when she regularly says she can’t help me, but it seems like M is a little more personable and flexible.

M is getting users excited. Augmented reality gets people excited. That’s what Facebook needs to be doing if it really wants to break into new markets.

Being Better Than “Meh”

The video platform they’re launching is meant to compete directly with YouTube, making it easier to watch videos directly on Facebook (which accounts for an average of 20 percent of people’s time on the internet) and then share them on other sites. Additionally, people can save videos to watch later, favorite videos, and swipe to move the video to the corner so they can watch while they scroll through a newsfeed.

All these features are ones that YouTube already has, and YouTube publicly has said they’re not nervous, but they should be. Facebook has a leg up on them in terms of web traffic, and if they can get people actually using their video platform, it won’t be easy to pry those users away. YouTube might be too ingrained in people’s psyche and Facebook might lag in their video venture, but when Google launched Gmail, I thought the same thing; that Google was too late into the email game. I was very wrong on that account.

But back to the branding factor, the video platform might be a bit too tied to the framework of their social network, technically and psychologically, to have a truly game-changing and inspiring impact.

I’ve found the people around me in their late teens and early 20s are becoming less and less devoted to Facebook. It seems like they need to get into people’s lives in a different way. They need to keep the excitement up around their different projects, and try to stay ahead of the curve. A curve that probably not quite the same as the one they’ve been riding the last few years.

An augmentation to their reality sounds like exactly what they need.