Did you know that every person has an “odorprint”?  Very much like a fingerprint, it is a unique aspect made up of thousands of organic compounds, revealing age, genetics, lifestyle, hometown, and even metabolic processes that determine our health.  To make this sound less like hipster nonsense, Halitosis is a common complaint among one-third of the population.  While halitosis is mostly caused by having bacteria in your mouth, it also can act as a biomarker for various systemic diseases, such as diabetes, kidney problems, rheumatic fever, as well as pancreatic complications such as cancer.   And while a physician can stick his nose in your mouth, it doesn’t necessarily mean that they’ll be able to diagnose you correctly.  Even specially trained dogs who have can sniff out cancer, they are still dogs, and may even misdiagnose a case.  Researchers have been trying for decades to make inexpensive odor sensors for quick, reliable and noninvasive diagnoses, and there is finally a product close to succeeding.

“You’re seeing a convergence of technology now, so we can actually run large-scale clinical studies to get the data to prove odor analysis has real utility,” said Billy Boyle, co-founder and president of operations at Owlstone, a manufacturer of chemical sensors in Cambridge, England.

Mr. Boyle, formed Owlstone with two friends in 2004 to develop sensors for chemical weapons and explosives.  However, when his wife, the late Kate Gross, was diagnosed with colon cancer in 2012, his focus shifted to medical sensors with an emphasis on cancer detection.  Owlstone has raised $23.5 million towards its odor analysis technology, and Britain’s National Health Service is funding a 3,000-subject clinical trial to test their sensor to help diagnose lung cancer.  There is also a 1,400-subject clinical trial in collaboration with the University of Warwick to detect colon cancer from urine samples, and Owlstone is also testing whether the chip can help determine different drugs for asthma patients.

The sensor itself is a small silicon chip no larger than a phone’s SIM card, layered with various metals and tiny gold electrodes.  How it works is the odor molecules are first ionized, and then an electric current is used to move only chemicals of diagnostic interest through the channels etched in the chip.

Similar diagnostic technologies are being developed all over the world.  Hossam Haick, an Israeli chemical engineer, has also developed a smelling machine that uses an array of odor sensors composed of gold nanoparticles.  They are coated with molecular receptors called ligands, that have a high affinity for certain biomarkers.  Once the biomarkers latch onto the ligands, the nanoparticles react by swelling or shrinking, and then send signals to a computer, which translates the odor into a signature that correlates with a disease.

There is also a team of researchers in the United States from the Monell Chemical Senses Centre and the University of Pennsylvania that are working on a prototype odor sensor that detects ovarian cancer in blood samples. 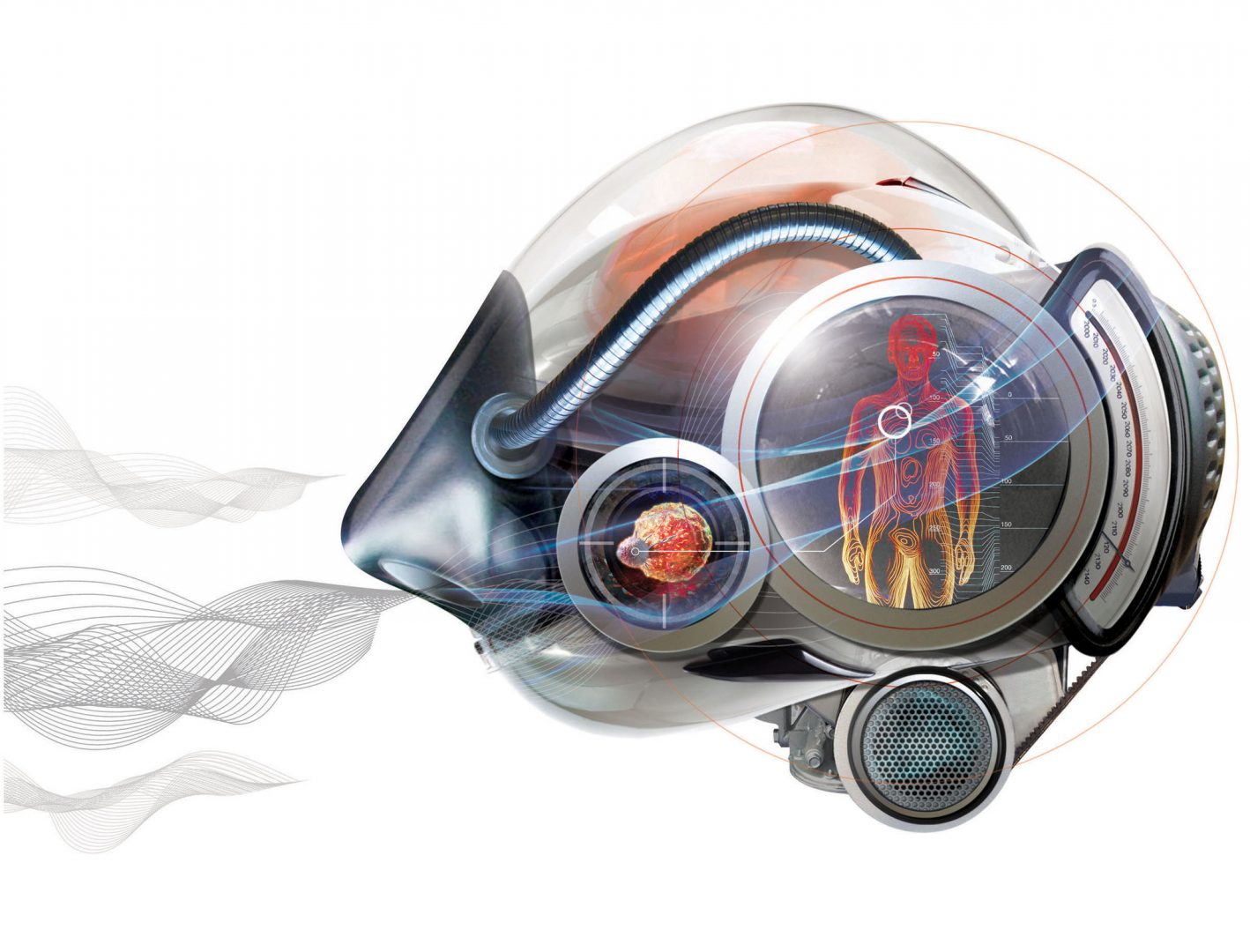 While the technology is still in the clinical trial phase, it still may take a couple years before this will have an impact in the medical field.  Who knows?  The answer could be just in front of our noses.