We’ve romanticized Tesla a lot in the modern age. Not the car manufacturer but the man himself Nikola Tesla. In his time Tesla was the inspiration for much of the fiction of mad scientists, appearing at science fairs and arching lighting through the air and causing light bulbs to glow without any wires that garnered him such a fanciful persona. Regretfully many of his projects in his later years would not see the light of day due to funding difficulties, but there’s one that scientists and engineers have pursued relentlessly since his death to at last match the standards of science that Tesla set. Wireless power.

Tesla claimed that with little effort, any home in the world could be powered remotely over miles via some simple engineering. Well, simple for Tesla. Since that fateful first demonstration and the reported success since the most any of us ordinary humans have managed is a few feet. Except, not anymore as there’s a new way to achieve this goal, and it came from Disney.

Developed by a team from Disney Research Matthew J. Chabalko, Mohsen Shahmohammadi, and Alanson P. Sample, the system is called the “Quasistatic Cavity Resonance for Ubiquitous Wireless Power Transfer” according to the paper submitted to PLoS ONE. Because the name is really long and scientific, we’ll explain how it works.

They’ve created a full electrical current within a room by putting a large copper pipe in the center of the room (with about 15 capacitors in the middle to help things) while the exterior walls are fitted with aluminum panels. Then, it’s a simple matter for the researchers to create a current that travels through the room aided by a coil receiver at the foot of the pole. With the right receiver affixed the researchers found that any electrical device could easily be powered within the room. 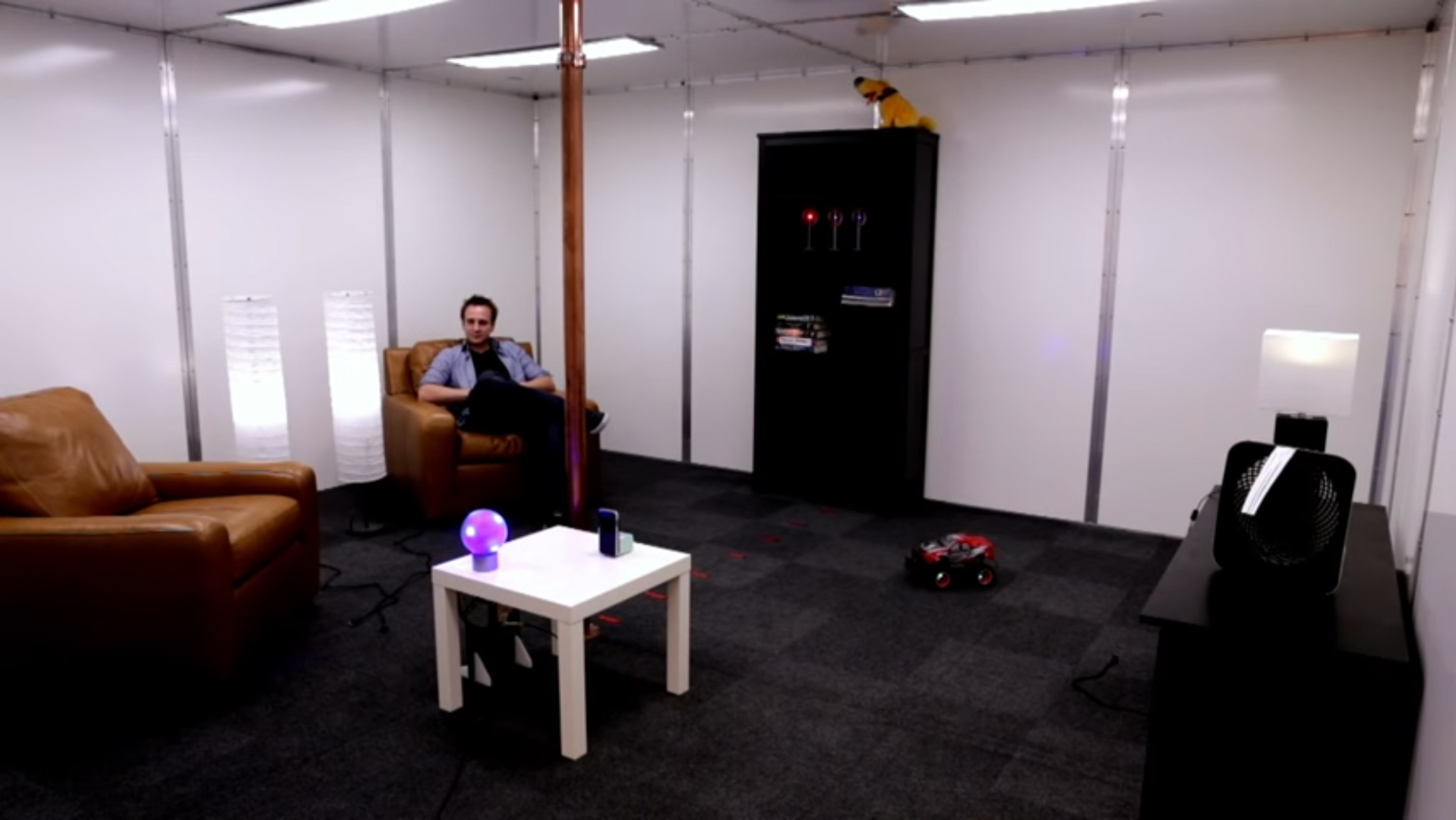 According to the researchers, the energy put out by the field is completely safe, provided you’re at least 46 centimeters (18 inches) from the pole. For that, they suggest a “decorative wall” among other solutions.

It’s not an unfair assumption that this innovation will see implementation in some Disney park but this is clearly a proof of concept for a technology that has remained the dream of young scientists for decades. We aren’t near Tesla’s idea of arching current through the air and ground, but perhaps we’ve taken a strong first step.