“As someone who has been working in production in various aspects of the industry for the last ten years, I’m often times the only woman in the room. As I started to transition into the startup space, I was hoping to see something different. And what has happened since I have entered the startup space – I’ve been at this for 3 years now – is that I am often the only woman in the room.”

In recent months there has been much positive energy behind women’s opportunities in the workforce. Pay gaps are commanding significant media attention and the tech startup ecosystem is generating more female founders than ever. But for some women, and millions of people watching the latest Oscar diversity fiasco, a more fundamental question is still outstanding: is the population of our broader workforce actually reflective of balanced diversity?

This summer, Elizabeth Giorgi is launching technology that aims to answer that question, starting with the entertainment space. And not with conclusions like, “Very diverse” or “Heading in a positive direction”; she plans to leverage data and technology to answer the question with cold hard numbers.

What she plans to give the world is the first objective way to rate media according to how it treats women and people of varying ethnic backgrounds – from cast to crew and all the way into the heart of script and story; she’s making the Rotten Tomatoes for equity and diversity scores.

Years ago, Elizabeth Giorgi worked for University News Service, packaging and distributing news stories about science, technology and agriculture to mid-market television stations. In 2008, YouTube was picking up steam and Liz had an epiphany.

“I approached my boss at the time,” she recalls. “And I said, ‘You know, I think this YouTube thing could be a huge opportunity for us. Nobody is putting news spots on the internet – what would you think about putting alternate cuts of our news packages online on YouTube?’ We started doing this in 2008 and by 2010 we had over five million views of news online.”

To help put the metrics in context, Liz reminded me that the biggest thing on YouTube at the time was an Avril Lavigne music video with about three million views. And given my “sentiments” towards Miss Lavigne, it’s fair to assume that half of those views were me.

Following that, in 2011 Liz transitioned into an art direction role at an ad agency. There she continued to promote a forward-thinking approach to content placement, pushing partners to shift company attention and funds from getting their creative on television to getting it online – the audience was bigger and the cost was cheaper.

Having eyed the broader personal opportunity for years, she finally went off on her own and founded her first startup, Mighteor, a production company that specializes in creating stylish, engaging video content for startups, small to mid-sized businesses and not-for-profits (this is one of their videos below).

While Giorgi is genuinely passionate about the production space, she is just as passionate about the role that women play – or don’t play, rather – in that very space. Much of her motivation to take a leadership role developed from the persistent acknowledgement that the pursuit of diversity needs more manpow… um, well, I guess… more womanpower.

“I don’t think a lot of people realize this, but we hear a lot of stories in the larger media culture that less than 7% of major feature films this year were directed by women. But when you look at the numbers from the Directors Guild of America for Commercial Directors, less than 3% of us are women. I truly believe that getting out there and being a voice for change – being a voice for support for other women who are trying to break into this industry – is something I have a responsibility to do right now, and to provide some transparency about how I got here so that it doesn’t seem like such a mystery.”

For Giorgi, transparency is the name of the game now. Besides effort and dedication, she sees transparency as a key vehicle for driving the right conversations. However, while there are plenty of anecdotes and examples of progress, the dialogue around diversity and the transparency of its current state always comes back to one thing: numbers.

I mentioned to Liz that while going through this year’s Crunchie winners I was pleased (and honestly, surprised) to see that three out of five finalists in the Founder of the Year category were female. I asked her if that kind of high-profile female representation excited her – if such representation was a sign that things are in fact moving in the right direction and doing so at a reassuring pace. 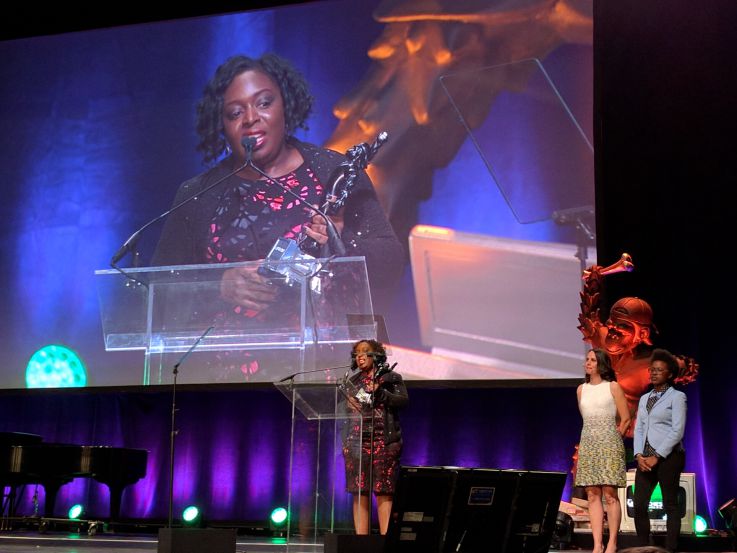 “There is both anecdotal and hard evidence that things are shifting and evolving,” Liz replied. “All you really have to do is look around the big numbers of who’s raising how much…It is getting easier for women to raise money…that is a big deal. But I think an important evolution will be not just what’s happening on the founder level, but what’s happening in the employee pool at these companies; what is the diversity makeup that these companies and these startups are aiming to have?”

Liz continued to emphasize the importance of the deeper employee population.

The question she wants everyone to ask – or keep asking, despite a surge of inspiring fanfare – is once you dive below the Executive levels, how diverse is our workforce really? How well-represented are women, African-Americans, Hispanics and every other demographic that isn’t “white men”?

Does the technology and entertainment landscape truly present itself as approachable and feasible to women and people of color? As much as we love hearing them and telling them, Liz wants us to step outside of our “stories” to make way for more quantitative communications and acute awareness. She wants to “elevate, lift up and promote quality entertainment that is being produced by more diverse cast and crew”, and by doing that, bring more attention to the areas in which we’re thriving and in which where we’re still dragging our heels, so to speak.

She wants to do that with numbers. Meaningful numbers.

“Right now when you decide you want to see a movie, you probably check a site like Rotten Tomatoes or Metacritic to see what kind of scores the movie is getting,” Liz describes. “Largely the way those scores are created is through the process of taking subjective reviews…and determining, yes or no, did this person like the movie? That’s a helpful way to determine the groupthink around how ‘good’ is a movie, but it doesn’t provide a lot of information about how you might feel about the movie depending on who you are.”

Giorgi and her development team are building technology that specializes in collecting data around things like the racial and gender makup of casts and crews, whether or not women have speaking roles in films and what percentage of a film’s dialogue is male versus female. Algorithms are then applied to evaluate the data, distinguish quantitative patterns, and ultimately produce a type of “score” on the objective diversity characteristics of a film. Like Rotten Tomatoes but, you know, based on facts.

Upon initial release, the intelligence will be accessible through an app available in iTunes (with a goal of 150,000 scored movies out of the box) and through an API and web service. Beginning as a pure data play, Giorgi eventually plans to also work in human analysis to provide more robust inputs and help cover some of the trickier areas of validation, which to this point have required her team to develop what she calls “the world’s biggest database of professionals working in the entertainment industry that are people of color.”

Applications to be part of the Beta user group are currently being accepted at daeme.co (Data-driven Algorithm for Encouraging Media Equity).

“We believe that this really is the future of reviewing and analyzing entertainment,” Liz says passionately. “A lot of people don’t realize this but about 84% of the reviewers built into the Rotten Tomatoes engine are men over the age of 40, and they’re white men.”

Unfortunately, that information shouldn’t surprise you if you recall the exposed demographics of Oscar Voters that shook up the media in early 2014 (93% white, 76% male, average age of 63). 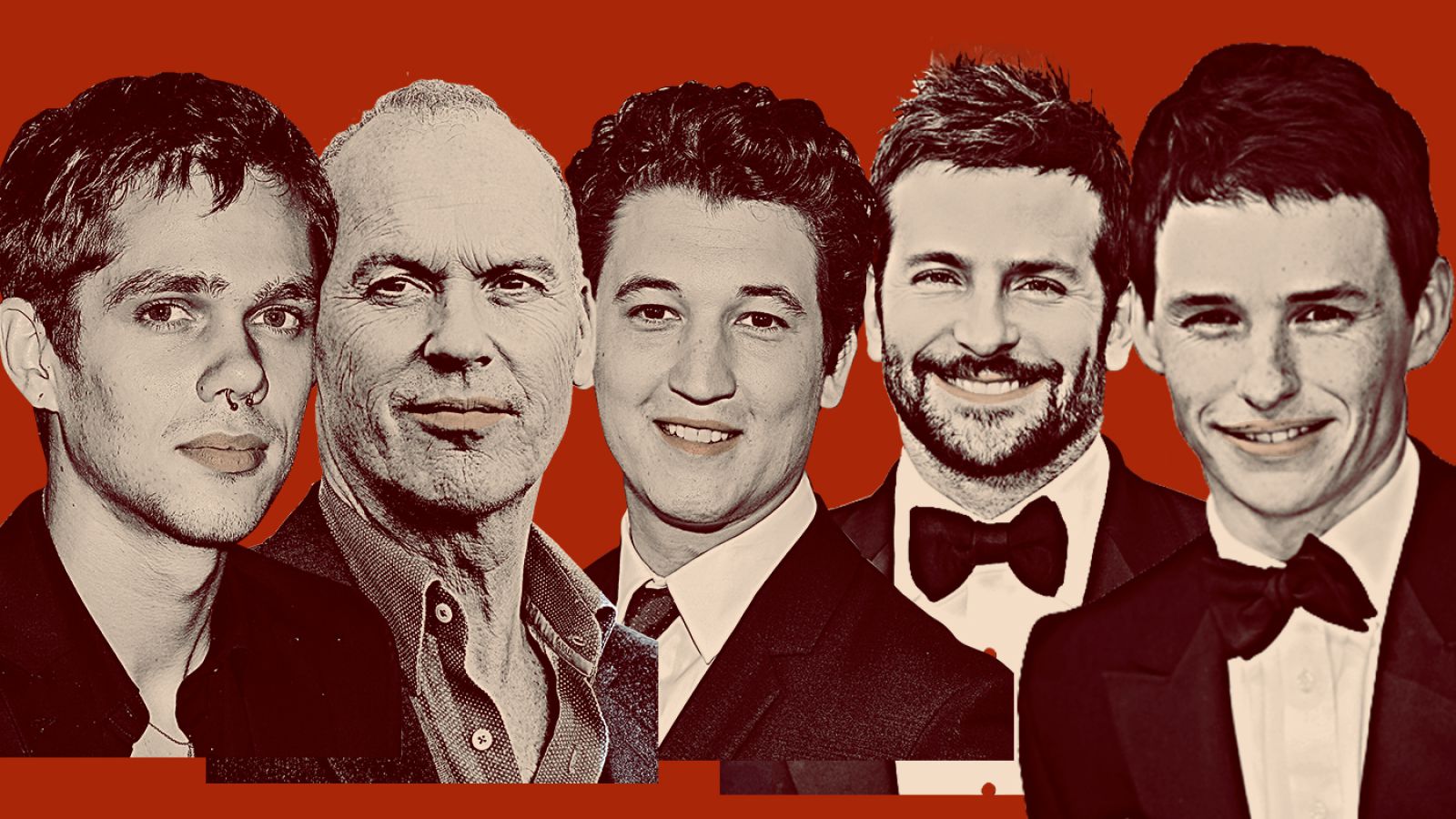 As Liz described her product to me, she made mention of something several times; The Bechdel Test. I had never heard of it. Now having looked into it, as a white, 33 year old male who has watched Gladiator more than a hundred times, I’m not surprised. The test asks three simple questions of a film: are there (1) at least two women in it that (2) speak to each other about (3) anything other than men?

I have watched thousands of movies and never have I for one second even considered something remotely like this. Mostly because it strikes me as so unnecessary; naturally, as a reflection of life, most films will just do this, right? “Jesus,” I thought as I read the details. “How hard could it be to pass this test?”

Is The Bechdel Test the ultimate gage of our advancement towards diversity utopia? No, but it certainly seems to help trigger and guide an important discussion. Elizabeth Giorgi has similar aspirations and hopes that her technology can bring more people, more quantitative measures and more actionable transparency into those discussions.

“One of our goals it to pull the curtains back on the truth of what our entertainment really looks like,” Liz tells me. “We do not hold Hollywood accountable for the entertainment they create in any real way. We believe we will be an accountability metric…we’d love for it to be a standard.”

And the more I think about it, so would I. As Scarlett, the first secret weapon of the G.I. Joe team once said, “Knowing is half the battle.” And then she shot a bunch of bad guys with a crossbow.

You can keep track of Liz’s insights and initiatives on her blog, http://beinggeekchic.com 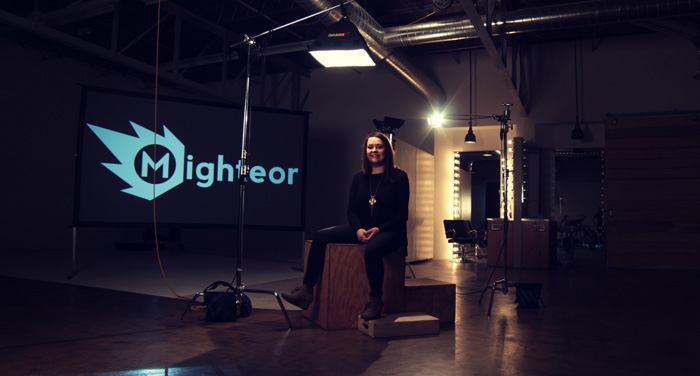