Steven Spielberg and Scarlett Johansson are teaming up to create a live-action version of The Ghost in the Shell, a Japanese manga by Masamune Shirow (1989). Judging by the trailer and the source material, it looks like the love child of The Matrix and Ex Machina, with plenty of philosophical undertones.

I majored in philosophy, and it was a running joke that every year one or more students would turn in a grand treatise on The Matrix and its philosophical underpinnings. Neo helped illustrate the “brain in a jar” question and simulation theory perfectly, popularizing them to mainstream audiences. The Ghost in the Shell is set to be the next great leap forward for Pop Philosophy.

This time around, the main target is the question of dualism (not dissimilar to the premise of HBO’s Westworld). Specifically, whether or not an AI could have a “mind” or a “self” as we understand it, and what will happen when our brains can be “prosthesized” so that our minds survive long after the death of our bodies.

With a backdrop that looks like an updated version of Blade Runner’s Tokyo, it promises to blend some of the unsettling questions surrounding artificial intelligence with the work of pioneering philosophers to deliver 2017’s most gorgeous mindfuck.

It All Starts With The Title

The title is what initially tipped me off to this franchise’s philosophical credentials. It’s an homage to philosopher Gilbert Ryle’s “Ghost in the Machine,” a term he used to describe the ghostly “driver” that seems to be guiding our actions. The all-seeing, “I.”

I’m talking about the feeling of a separate self, or an ego, or a mind, that seems to be an intact entity separate from the brain. What Ryle and others realized since the days of René Descartes, who first declared the existence of the self (“I think, therefore I am”), was that it’s impossible to locate “you” in a brain at all. The brain is just a weather pattern of wetware and electrical firings. Where’s the undivided stream of consciousness in that? How does that mental voice, so intimate to all of us, emerge from chaos?

It’s at least as weird as if all the weather patterns in the world produced a singular voice and consciousness. In other words, our brain is as strange and as unbelievable as Poseidon. 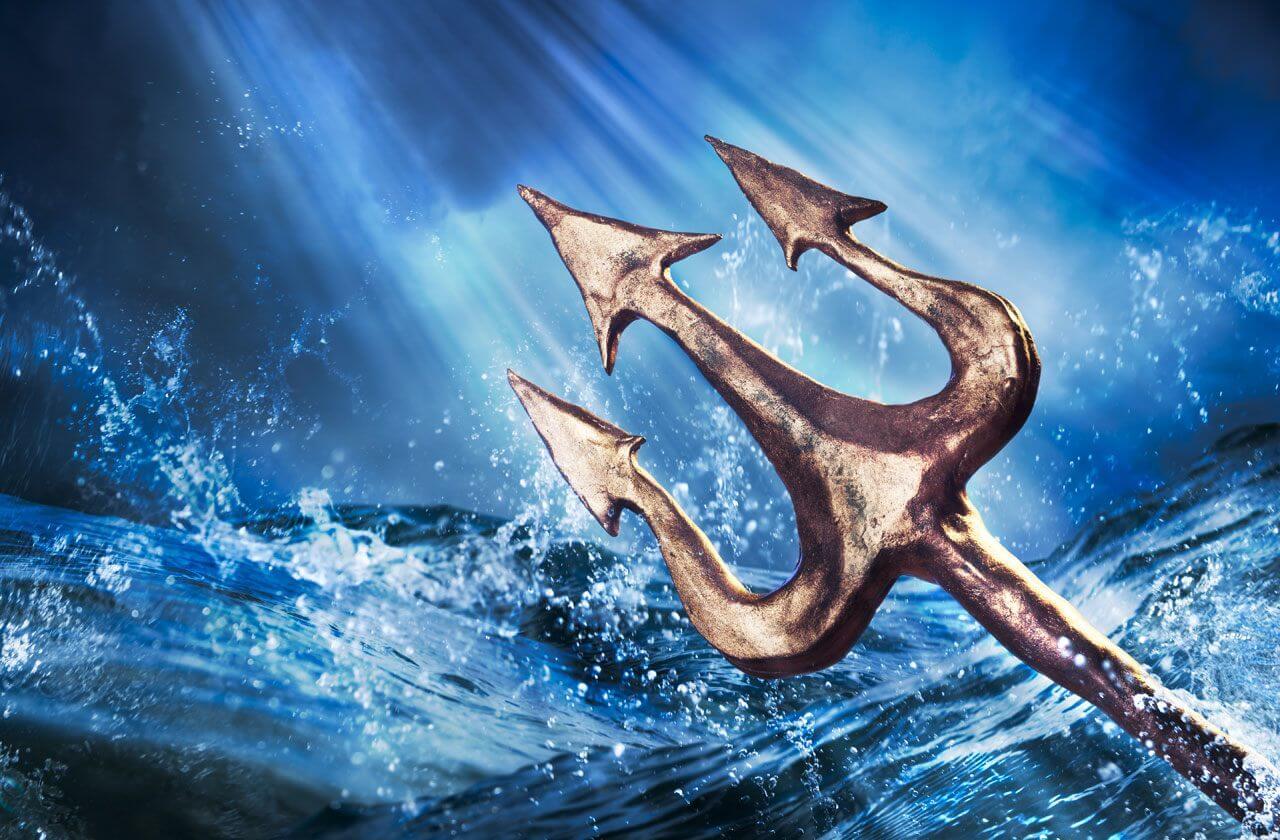 So how does that relate to Artificial Intelligence and Scarlett Johansson’s nude suit? Well, one of the primary questions in AI is when, if ever, robotic brains will become “conscious”. When will they have that experience of “being a self,” instead of just mindlessly reacting to stimuli in the environment (or in their own “DNA”), the way plants and single-celled organisms do?

Ghost in the Shell thinks that singularity is coming soon. It also predicts a moment in the near future when a collective consciousness can be formed, which connects all of our thought patterns together in a “sea of information,” or a “cyberbrain.”

Can A Robot Be A Person?

The Ghost in the Shell blurs the line between person and machine in every way imaginable to get at these questions. Every character is a mix of human tissue and prosthetics. Individuals even feel pressure to become more prosthetic, or bionic, so that after they die, their brains can be reuploaded into new hardware.

There’s also an interesting conception of heaven; as a place where data escapes from AIs to live outside the confines of material bodies in a “sea of information.” It’s a mysterious concept that points to the possibility of future religions forming–AI Heavens.

Along with that, Ghost asks the question: “How much do AIs actually feel?” The main characters muse about whether an AI’s smile is real, and scenes of young AIs playing in fields, equipped with VR headsets, call into question how human–all to human–they really are. 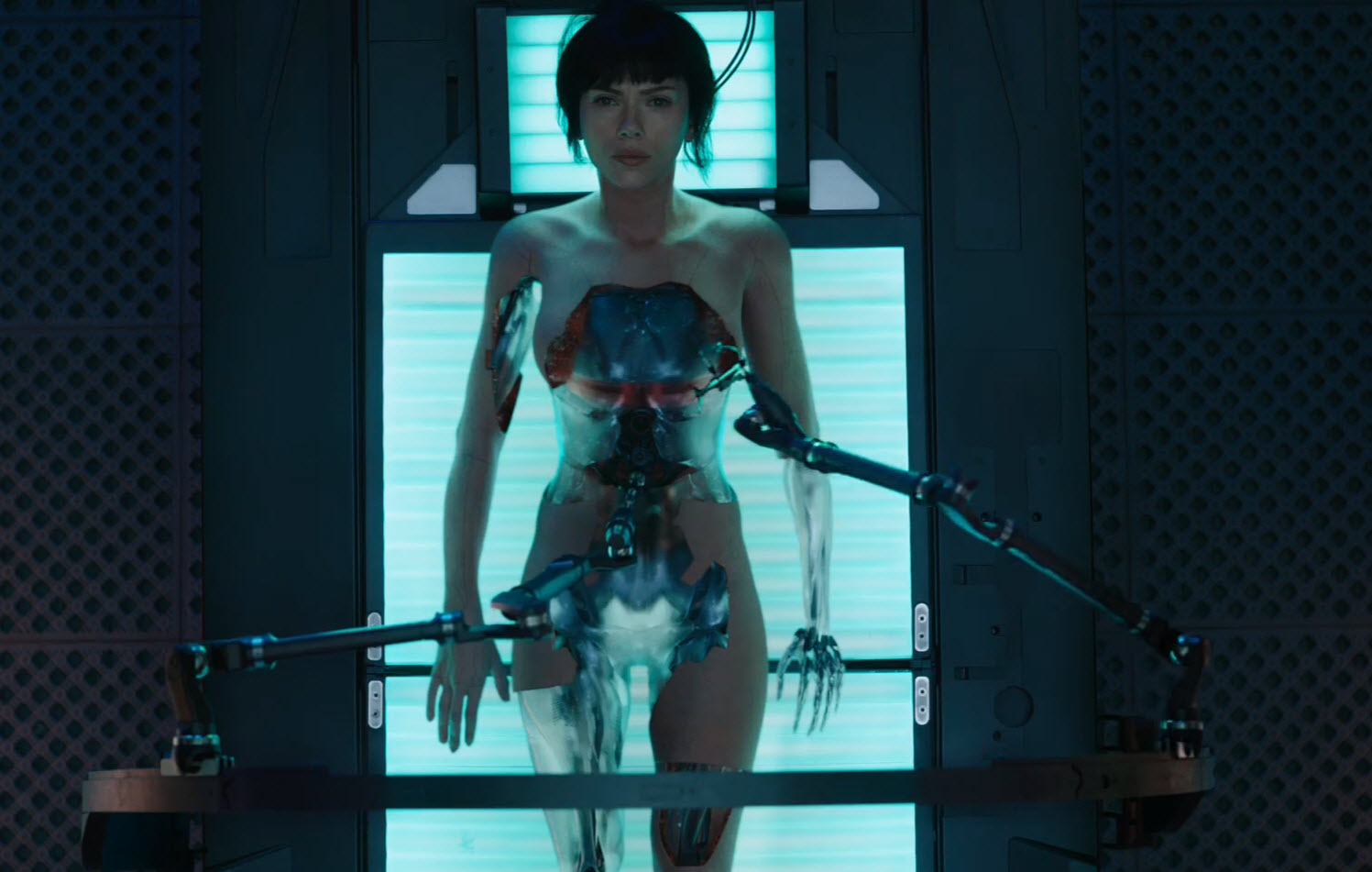 As an arms race kicks off around these technologies and who has access to them, Ghost in the Shell delivers its smart, socioeconomic picture of the future, where wars are waged for profit by private armies, and where brain hacking is a thing, and false memories are weapons of war.

It’s really fucking cool, if you can keep up with what’s actually going on. Spielberg, no doubt, will simplify the story to make that easier. Hopefully he uses a scalpel rather than a butcher’s knife.

Sounds Interesting, But Is It Racist?

Most of the attention Ghost has been receiving surrounds the controversy around its choice of Scarlett Johansson to play the Japanese lead. The Matrix narrowly avoided this by picking Keanu Reeves. No one knows how Asian Keanu Reeves is–not even his parents.

Given the current political climate and push to end “white-washing,” this move does seem racially-insensitive. Studios rationalize casting a recognizable Western lead by claiming that it will, in the end, do more to increase the exposure to Japanese culture. 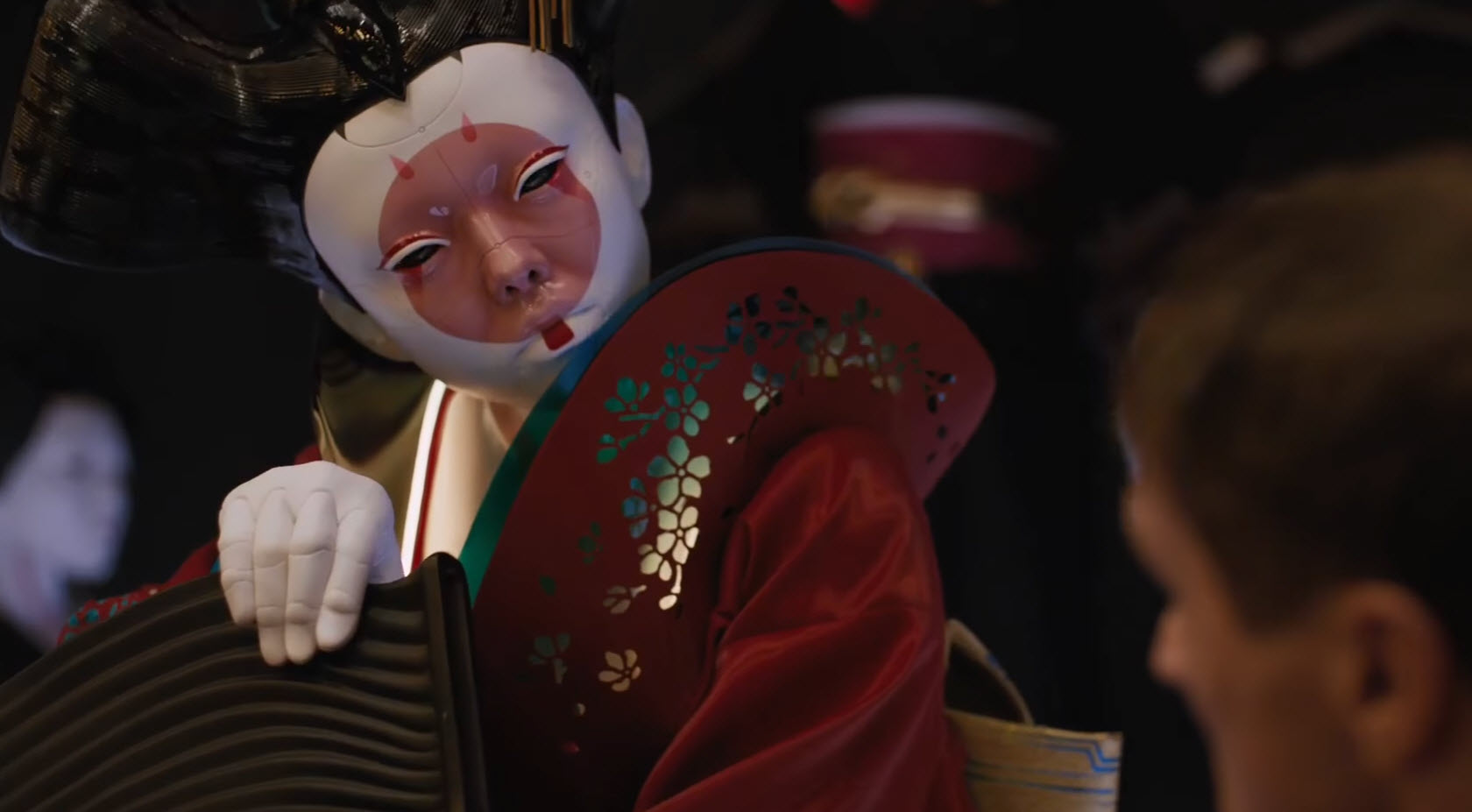 But there are enough examples of giant blockbusters with female and/or non-white leads cleaning up at the box office, and a director like Spielberg could do a lot to disprove the received wisdom that only white leads can deliver significant revenue from a global audience. Unfortunately, in the world we live there are only a handful of Asian movie stars with a global reach, and even fewer from Japan. As of now, there isn’t a single Japanese starlet that could sell tickets like Scarlett.

But is it racist to have Johanns0n’s facial features manipulated with CGI to look more Asian, the way James Sturgiss did in Cloud Atlas (the Wachowski Brother’s followup to the Matrix trilogy)? In this humble writer’s opinion, yes–especially since the source material depicted the characters with Western-looking features to begin with. If it makes you feel any better, Japanese filmmakers remade Unforgiven–the most American movie of all time–with a Japanese cast.

Nope, doesn’t make me feel better either. Hopefully, this is one incredible movie.