OK, so my prediction that we’d see tons of in-the-park action this week didn’t exactly come true. But there was plenty going on, and despite a generally tamer tone in Episode 7, there was no shortage of major drama. We’re finally getting to the point in the season where we’re getting some solid answers, too—answers that don’t lead to other major questions, but that set things up for whatever final showdowns are planned for the finale.

On the Westworld grounds, Dolores, Billy, and El Lazo (a.k.a. Lawrence) make their way by train through Ghost Nation territory, their armored cars designed to pull them safely through the desert plains ruled over by scalpin’ Injuns. Dolores and Billy get a little freaky, and Billy confesses that Westworld feels more real to him than the life he has waiting for him outside. There are more hints here supporting the multiple timeline theory—the one that says Billy and the Man in Black may be one and the same person, visiting the park three decades apart—but I’m still not ready to lay my money down. Although there are other suggestions in this episode that everything has happened before…

But I’m getting ahead of myself. Or behind. That whole ouroboros thing. 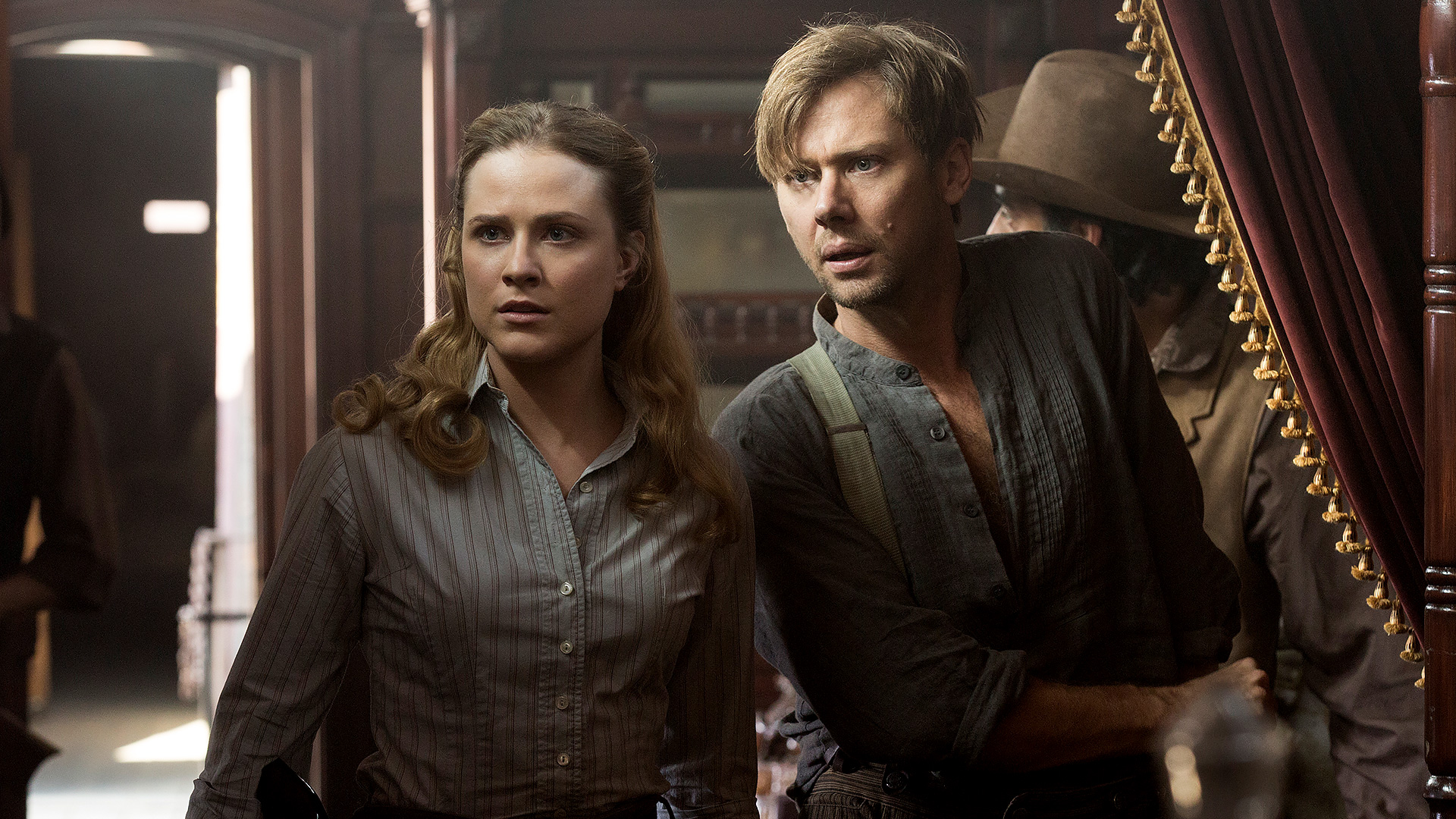 Back to the train. After being double-crossed by El Lazo back in Episode 5, the Confederados catch up to the train and try to exact their revenge. Our three heroes escape, however, with the help of some Ghost Nation warriors who are eager to cut down anything of European descent. Dolores and Billy are aiming to cross the river and head further west, parting ways with El Lazo who is heading South to help the farmers in their battle against the guv’mint and the Confederados. I’d be surprised if Lawrence’s importance to the larger story was finished here, especially given the depth his stance as a freedom fighter adds to his otherwise cold and cutthroat character (not to mention his connection to The Man In Black).

Meanwhile, in corporate Westworld, we learn why Theresa was trying to smuggle data out of the park: Delos, Westworld’s corporate owners, have been unable to extract any intellectual property for more than thirty years—it’s all stored on site and remains under Ford’s control. They want to get rid of Ford, but they’re worried he’ll destroy everything if they make a move. Hale, the board’s young chair, reminds Theresa that the Guests and the resort nature of the park mean nothing to the corporation; while she doesn’t spell out their interest in the IP that makes the Hosts tick, it doesn’t take much imagination to think of a few ways to gain profit and power using totally controllable robots that completely pass as human.

The Republican Party seems to have a pretty good handle on it already. Hey-yo!

To further Delos’s ends, Hale has Theresa retrieve Clementine—Maeve’s friend and fellow prostitute—and mess with her code. She then stages a test illustrating to Ford and Bernard that Clementine can “hold a grudge” and is capable of violence against a Guest. Though it’s an obvious set-up, Hale blames the issues on Ford’s reveries and Bernard’s lack of control and blatant disregard for safety. Bernard is fired. More importantly, Hale makes it clear to Ford that the game is on, and that she’s gunning for him. It’s Clementine who gets the sharp end of the stick, though; she’s decommissioned as dispassionately as any other unwitting pawn.

Maeve witnesses this decommissioning and is anything but unwitting. She decides it’s time to make a break for it, enlisting Felix and Sylvester’s help and threatening to kill them if they refuse. Sylvester warns that “even the skin on [her] back” is designed to prevent her from leaving the park, but Maeve is insistent despite this somewhat cryptic threat. Will she burst into flames when she crosses the perimeter? Start glowing bright purple? Inflate like a balloon and float up like a beacon? We’ll probably need to wait until Episode 9 to find out. 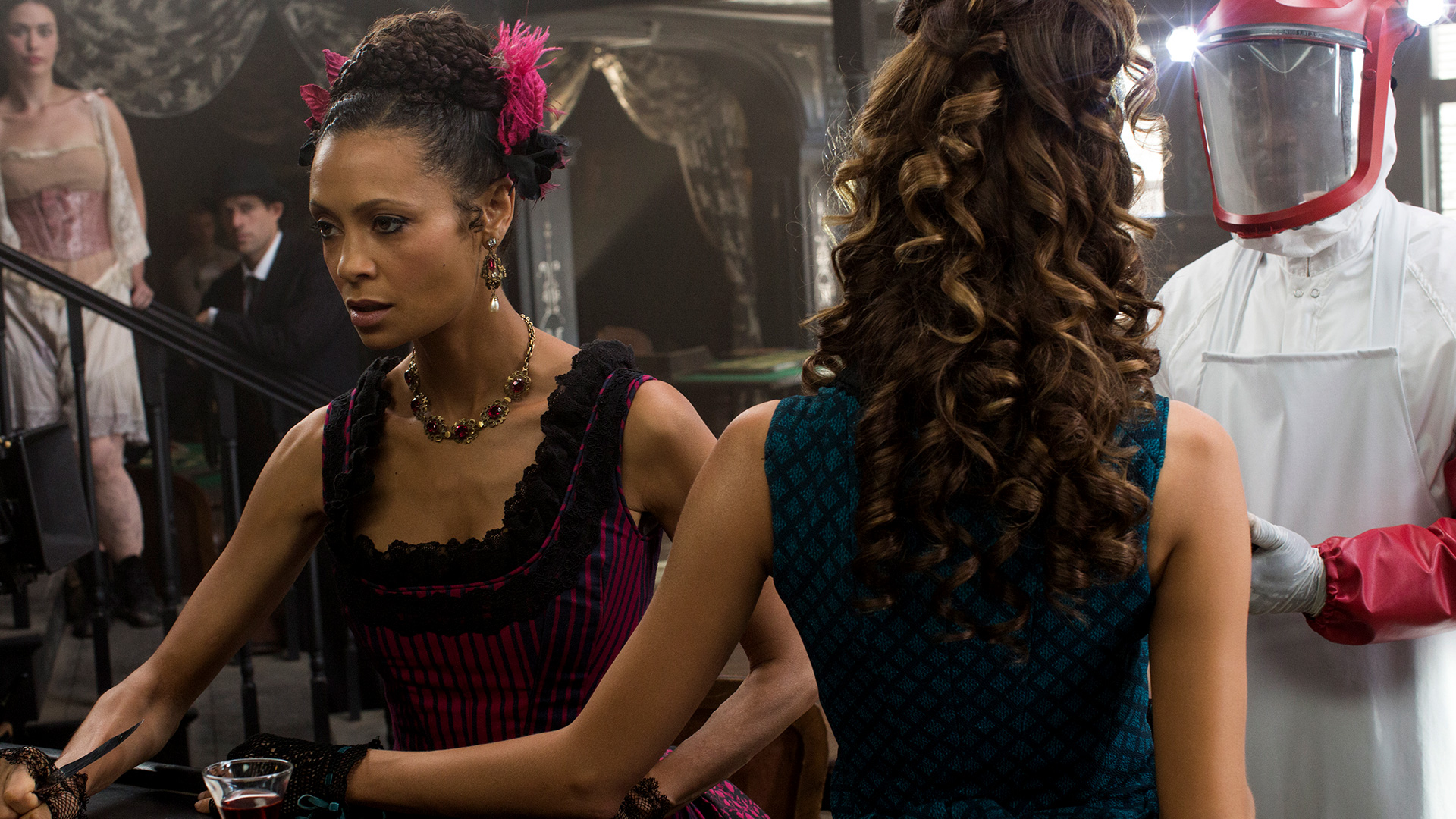 The big story of the episode, though, comes after Hale’s confrontation with Ford, and Bernard’s abrupt dismissal. Bernard decides to show Theresa the secret cottage where Ford hid his Host family. When Theresa wonders why it doesn’t show up on any maps, Bernard explains that the maps are all built out by Hosts, and the Hosts are programmed not to find the cottage—they couldn’t see it if they were looking at it. That’s when Theresa asks about a door in the back of the cottage, and Bernard says, “What door?” while looking right at it.

They open the secret door in the secret cottage and find a secret lab where Ford is building secret Hosts. In secret. They find plans for the Dolores prototype and, lo and behold…plans for Bernard! Then Ford steps out of the shadows, Theresa calls him a monster, and Ford has Bernard—who I (and others) have been saying was an AI since his first appearance in Episode 1, thank you very much—kill Theresa. But not before explaining that the board has tried similar maneuvers before, giving the impression that to him it’s all a game in a world over which he has complete control.

How deep that control goes is something we’ll find out in the season’s final three episodes.

It is interesting to note, given the gore and brutality we’ve seen in other episodes and even in scenes in this episode, that the violence of Theresa’s death takes place in the background. This is the first time a real human has died on the show; are Westworld‘s makers drawing a distinction between how death is portrayed when it’s a Host as opposed to a “real” human? The self-referential meter is running high on this one, but it’s done so smartly I ain’t even mad.

Just eager to watch it all come together and blow my mind.