We’ve talked about devices that aid the visually impaired in the past. As with much modern innovation, many tools are developed concurrently as technological standards move forward to support people who might otherwise need assistance. But with all this innovation and the developing assistive technologies being developed simultaneously to support it, there is a risk that certain existing technological needs being left behind. Then, there comes some developer proving that idea wrong. Six researchers from the Massachusetts Institute of Technology (MIT) are developing such a technology, it’s called Tactile, and it is a braille scanner that instantly translates text, regardless of the print source.

It’s an interesting solution to an existing problem. As it is, there’s been a large call to improve the quality of accessibility of books for the visually impaired.

The braille scanner is a handheld device containing a scanning mechanism allowing the user to scan the section of the text they want to be translated into Braille. Then, optical character recognition technology examines the scanned image for the characters as the device itself translates that text into Braille using Microsoft’s Computer Vision API. After that the pins on the top move into position making the Braille characters.

At this time the device is about as large as a candy bar and can display six characters at a time (with five being the average for an English word). The goal, with this product, is to not only make it effective but ultimately inexpensive to the consumer compared to existing technologies as most of them range in the thousands at cost and those only translate digital documents. The team’s goal is to make the final cost of the device as cheap as possible for the end user, stating that the maximum cost would be around $200 US, without any restriction which printed document the user wants to be scanned.

Despite the function of the prototype the team still wishes to improve explaining how they wish to have the device scan entire pages in a single run rather than section by section and expect to have their final prototype ready within the next two years before working with managers and distributors. 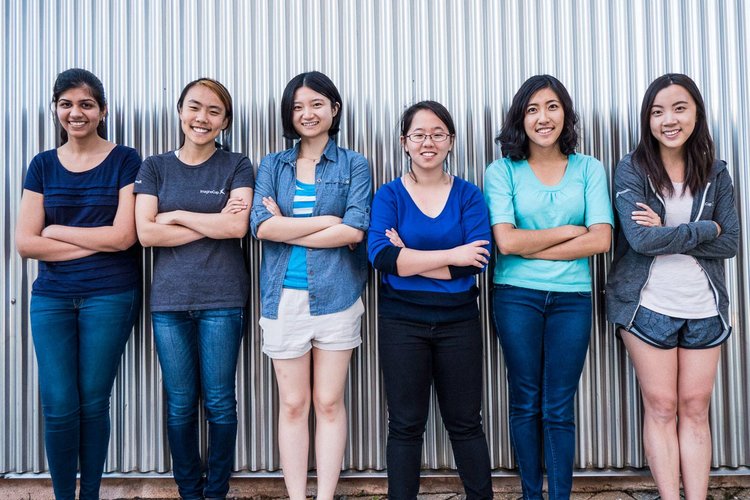 The team, known as Team Tactile, consists of Chen (Bonnie) Wang, Chandani Doshi, Grace Li, Jessica (Jialin) Shi, Charlene Xia, and Tania Yu, won the Lemelson-MIT Student Prize this year for their work on this prototype and has since gained considerable press in the tech world for it. This attention hasn’t caused them to step up their timetable on producing a retail model though, as they still intend to realize their final vision of the product and improve upon any existing faults well before considering the proper course for such a step.