Recently there has been a spurt in technology that makes other technology accessible to people with various disabilities. In some instances they’re built specifically for the disabled, as in the case of the volunteer-driven iPhone app Be My Eyes, or that specialized mouse with bite-clicking for people with severely limited muscle function. Elsewhere, advancements in natural language processing have helped create voice-controlled devices like the Amazon Alexa, or Myonic’s hand-controlling wearable, which intentionally or unintentionally make things a lot easier for people with sight and physical impairments. What we haven’t seen a lot of, though, are full-fledged tablet devices for the visually impaired (beyond “accessibility” options in iOS). BliTab has the distinction of being a pioneer in that category.

BliTab’s creators call it an iPad for the blind. What constitutes an iPad for the blind? Well their interpretation involves a tactile tablet which converts text to Braille in real time for instant delivery to users. While traditional solutions allowed people to read about five words at a time, BliTab’s technology makes it possible for entire documents to be converted into Braille all at once. Since it’s Android-based, the device supports WiFi and Bluetooth and can run whatever apps a regular Android device is able to.

BliTab’s main innovation is a tactile Braille surface that doesn’t use any mechanical elements. They achieve this using an actuator linked with a membrane that rises and falls under the influence of smart micro-liquids. This creates the effect of the embossed dots associated with the Braille system. There’s also a voice-activated touch-screen which users can navigate using a feature similar to Google’s TalkBack. The tablet offers the option of using text-to-speech rather than Braille to peruse documents. 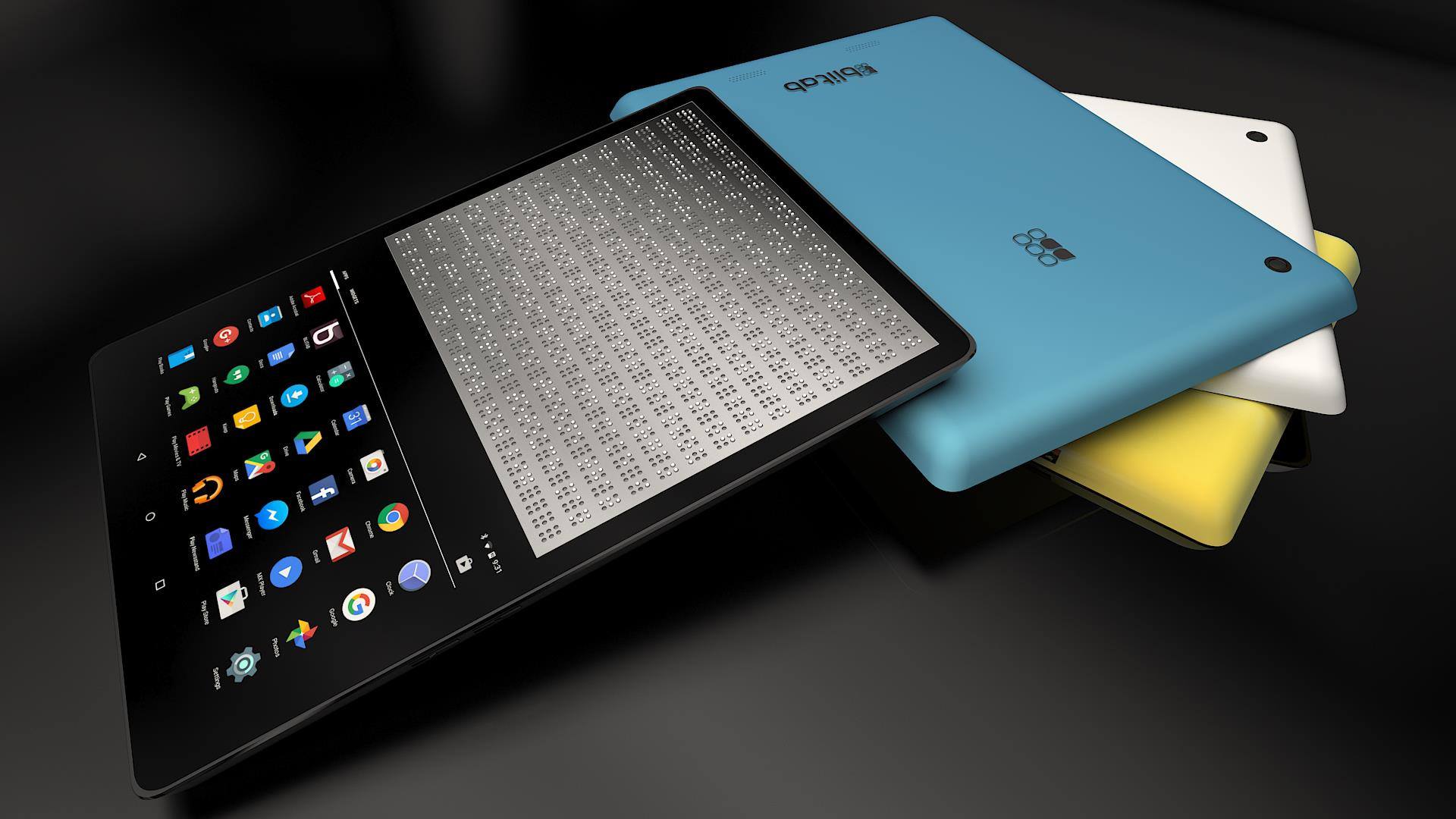 Users can simply visit a webpage via the touchscreen in the lower half of the device. The contents of the webpage are then sent to BliTab’s cloud-based software, where the text is converted into Braille format. This information is sent back to the device, where it translates to “words” on the tactilee Braille surface. The software can also carry out the conversions with files sourced from USB drives and NFC tags. There’s a Perkins Brailler-style keyboard available for users to provide typed input.

BitLab’s creators see value not just in the device itself, but the Android-based open-source platform they’ve created around it. This gives developers the opportunity to build applications around their text-to-Braille software, which could lead to the creation of an innovative pool of alternative media experiences crafted specifically for blind individuals.

BliTab was recetly exhibited at CES 2017 and has won a number of accolades in the past, including placing first in the Digital Wellbeing category at the EIT Digital Challenge. The tablet is priced $500 and pre-orders can be made on the company website (though the company is also open to both investors and charitable donors).