It’s a geek’s daydream come true.  Astronauts in chainmail.  NASA Space knights.  And the best part is, it’s so versatile.

NASA engineers, led by Raul Polit Casillas a systems engineer at NASA’s Jet Propulsion Laboratory, are designing advanced woven metal fabrics for space travel.  Because the fabrics are so malleable, they could potentially be useful for large antennas, astronaut spacesuits, shielding a spacecraft from meteorites or for capturing objects on the surface of another planet.  NASA also speculates that this fabric could help insulate spacecraft against the cold, as well as fold over an uneven terrain.

“We call it 4-D Printing because we can print both the geometry and the function of these materials,” said Polit Casillas, “If 20th Century manufacturing was driven by mass production, then this is the mass production of functions.” 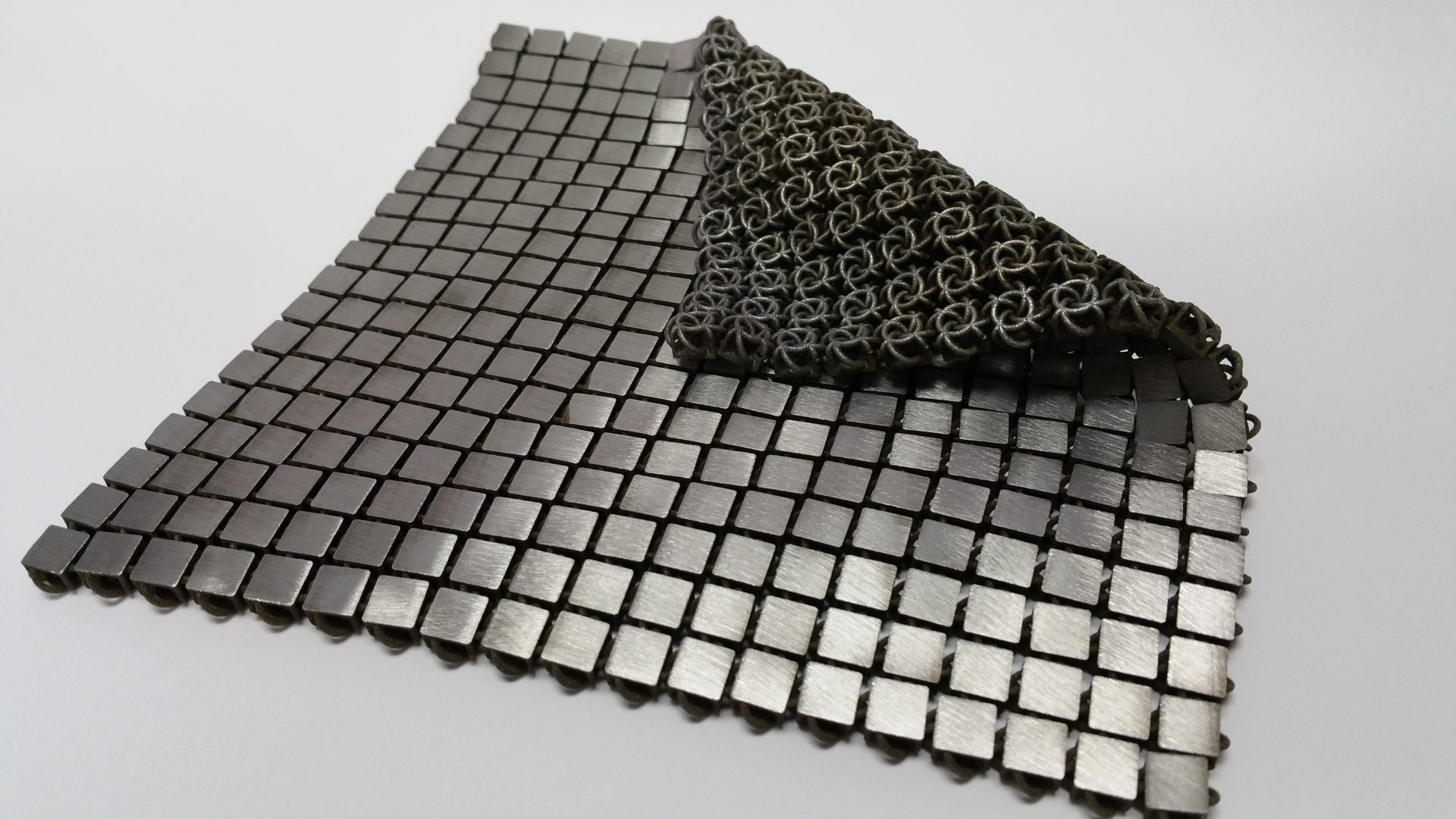 The idea is that the chain mail has small silver squares strung together to help protect the spacecraft and the astronauts.  The space fabrics have four essential functions: reflectivity, passive heat management, foldability and tensile strength.  While one side reflects light, the other absorbs it.  This makes the fabric act as a means of thermal control.  It can also fold in different ways and adapt to shapes while also able to sustain the force of being pulled on.  Made with a technique called additive manufacturing, or 3D printing on an industrial scale, the materials are deposited in layers to build upon, rather than welded together like in traditional manufacturing.  This is to reduce the cost and increase the ability to create unique materials.  Adding multiple functions to a material at different stages of development could make the whole process even cheaper, even adding the possibility of printing this in space.

“Fabricating space designs can be complex and costly,” said Andrew Shapiro-Scharlotta of JPL, “We are just scratching the surface of what’s possible.  The use of organic and non-linear shapes at no additional cost to fabrication will lead to more efficient mechanical designs.”

It might even be possible in the distant future for astronauts to be able to recycle old materials and use them again to print new materials.  Conservation is critical out in the depths of space.  It’s even more critical to think of new forms and designs.  Having different functionality on the outsides and insides of spacecraft housing is an integral part of the engineer’s designs.

Who knew that modernizing chain mail would lead to such a revolutionizing design for space travel?