Have you ever wanted to control things with your brain? Like a Jedi!? Then maybe you should apply to the University of Florida; sixteen computer science students from the school just held the world’s first mind controlled drone races.

The event occurred across a ten-yard stretch of track, and for many of the drones, the journey was a bit treacherous. Check out this video overview of the incredible event:

In an interview with the Associated Press, professor Juan Gilbert mentioned, “One day you could wear a brain-controlled interface device like you wear a watch, to interact with things around you,”

Although the University of Florida event is the first mind controlled drone race, drone racing has been around for a while. VICE even paid a visit to a drone racetrack, which isn’t anything like you’ll see hosting race cars. Their interview with Ryan Guy, drone racing expert, describes the sport and the experience – back to the Jedi reference – “like Star Wars”.

At the course in Ontario, Canada, the drone racetrack looks similar to what you’d find at an equestrian show; there are obstacles along the route and competitors have to maneuver through arched gates. Just like racing video games, there are checkpoints along the track to monitor times and progress.

To fly their drones, race participants wear virtual reality googles which are linked to cameras on their drones. They then use a remote control for steering (pssshht – remote controls? Lame…). The experience is complete with crashes and destruction. There’s even a channel changing feature which lets users view the flight of other drones. 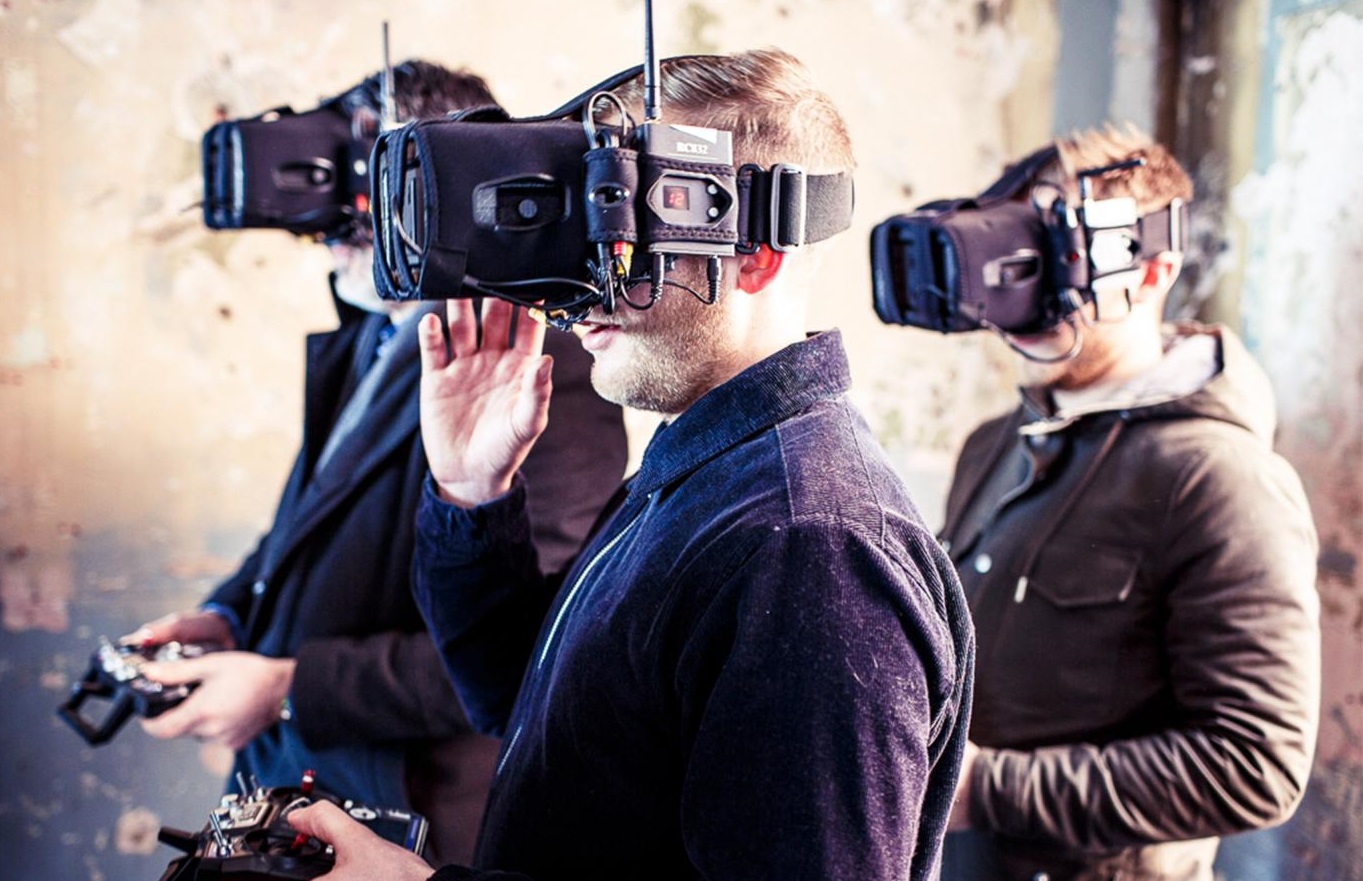 The technology of brain controlled interfaces (BCI) have been used to help make the lives of disabled individuals easier for a number of years now. Thanks to advances in the electrical engineering space, the drones in the University of Florida event only cost around $500 each. Two notable startups in the BCI space are Emotiv and NeuroSky.

Emotiv is a company founded in 2011 (and got their first cash injection through the Disney Accelerator program) that specializes in manufacturing and designing ECG and EEG biosensors. Their flagship product, the Insight, originally started with a Kickstarter campaign that raised $1,643,117 from 4,459 backers. The Insight is a wireless headset that monitors brain activity and then turns the data into insights for the end user.

Emotive designs their products to work with mobile and desktop devices (iOS, Android, PC, Mac), and they also have an open source SDK.

NeuroSky is anothler player in the biometrics space but they develop the chips behind brainwave technology. The company is heavily focused on general health conditions such as heart health, motion sickness, and mental health.

NeuroSky primarily targets medical and wearable device manufacturers, however they also have a line of off-the-shelf headsets for consumers. Since 2014 they’ve raised $11.8 million from investors such as Softbank Corp, and the Taiwan Global BioFund.