Sorry, give me a minute. I just need to finish barfing.

Over 30 million people have downloaded Pokémon Go, about 20 million of them are using it every single day, and just the ones with iPhones in the US are spending close to $2 million a day playing it. With numbers like that, there is an enormous opportunity for businesses of all shapes and sizes to piggyback on the game’s growing popularity and infinite geography to make some extra cash.

Some companies, like the ones we have covered on SnapMunk, are being quite creative, both drawing people to their existing operations and executing all kinds of integrations to enhance the appeal of those operations. Some people, however, just want to sit at their computer with their pants off hoping to skim cash from obsessed gamers whose heads are so far up a Bulbasaur’s brown-eye that they don’t have the good sense to spend their money on literally anything else.

Among the other “subjects” are “Chemistry,” “Law,” “Geometry,” “Music” and “Literature.” Now, there’s a new subject: Pokémon Go.

There seems to be about 7 trainers & tutors listed on this site, and who knows how many others sprinkled around sewer systems like Craigslist and Kijiji. The prices range from $10 per hour to $25 per hour, with experience levels hovering between 1 and 15 years.

Take for instance, Marko N., with the slogan, “Don’t be afraid to catch them all.” He’s been doing this for over a decade and has a total of zero reviews.

Given that he spends 5 hours a day catching Pokémon, has traveled the world twice and has a degree in English Language & Literature, he obviously holds the perfect qualifications to be a Guru in this domain. Don’t be disappointed if he doesn’t accept you as a disciple, though; true virtuosos like Marko are only accepting pupils between the ages of “Preschoolers (4-6)” and “Adults (40+)” with skill levels narrowly wedged inside the “Beginner” to “Proficiency” range. 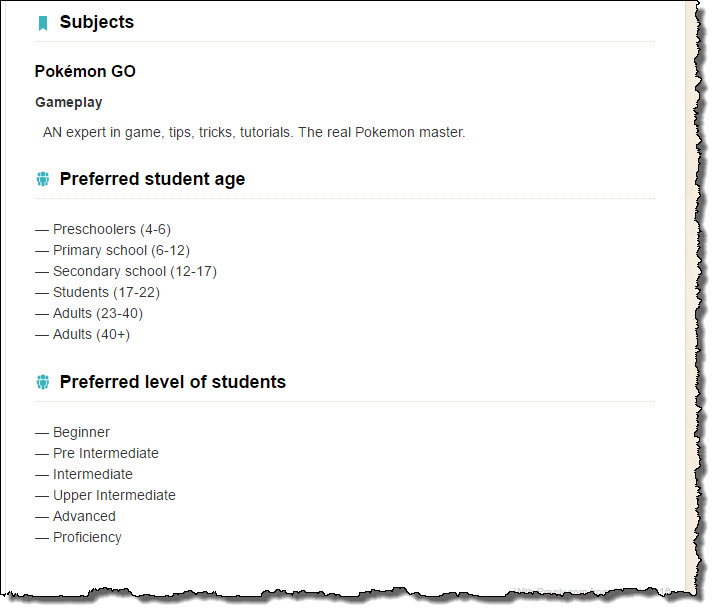 Or if you want to go really high end, there are tutors like Jillian M. She’s based out of that part of New York that’s so trendy it has the exact same time zone as Kiev: 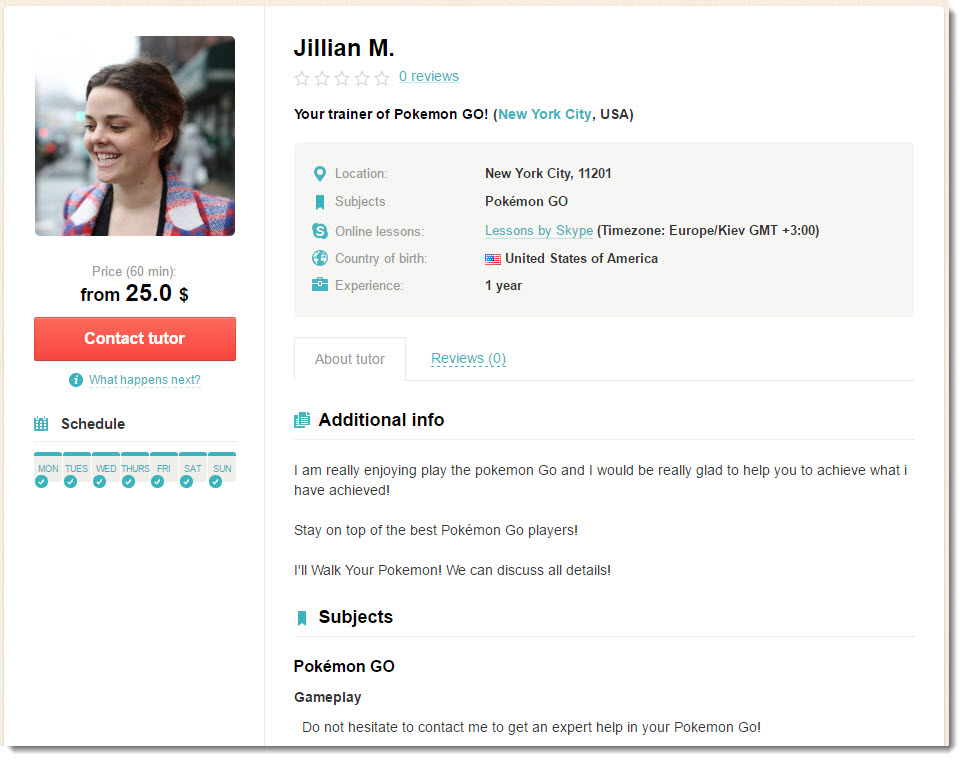 If you choose to commission someone of such prominence, you even have the option to exchange Skype tutorials for them just doing all the shit for you while you’re “stuck at school”: 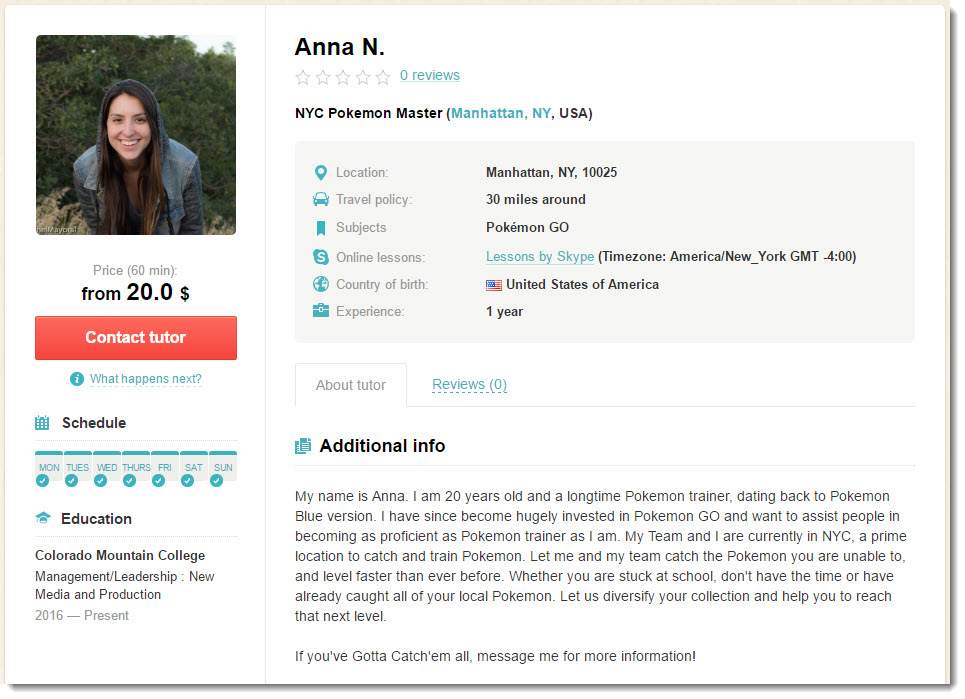 I know dogs hump in public, birds fly into windows and flies eat shit for brunch. But between the tentacles of the Pokémon Go craze and everything else that’s going on in the world right now, it’s hard to not be embarrassed on behalf of all humans.