So as some of you may know there’s a bill that’s earning a significant amount of press in the tech world. It’s known as the Right to Repair bill, and after Tennessee and Illinois had introduced Right to Repair laws earlier this month, they joined a list of eight select states that carry such legislation. This legislation garnered additional attention when it was leaked that Apple would be sending representatives to lobby against the bill in Nebraska on March 9th. So we decided to answer some of the most common questions about this issue.

What is Right to Repair Legislation?

Simply put it’s a kind of bill or law that forces electronics manufacturers to release service manuals for their electronic products publicly. This allows third party repair shops, as well as consumers themselves, to acquire this documentation and make repairs accordingly instead of forcing the user to go directly to the manufacturer (or select repair facilities certified by the manufacturer) for any issues.

Why is Apple Fighting it?

If you have to ask that question, you aren’t that familiar with Apple. Apple markets a very specific image about their products; one of being special and unique, hence their tagline for years: “Think Different”. They are infamous for protecting proprietary “secrets” about their products to maintain that image and their position was immediately obvious when they started making portable Apple products; they ensured that only their technicians would be able to perform repairs by using parts that were difficult to acquire via conventional retail. As such, they gain monetary profit from said repairs one typically pays for when seeing any technician registered with Apple (as such registration costs money as does the replacement parts). They’ve used several arguments to no avail including that end users are likely to harm themselves if they were to initiate such repairs.

Is This Just for my Smartphone?

No. From organizations supporting the legislation, such as Repair.org and iFixit.org, the key argument for the legislation’s necessity is that within the next five to ten years the majority of consumer products will become smart devices, or at least contain circuit boards in some capacity. This emerging reality is the reason why the legislation is passing through states so quickly.

In fact, the biggest proponents of the bill are members of the farming community who cite their operational times as limited due to weather and daylight, and can’t afford the long wait times for equipment electronics repairs; John Deere is also opposing the bill in various states as, similar to Apple, it has proprietary protection on its products.

Is it Expensive to Get a Repair?

That would be entirely dependent on where you got your repairs done. That being said, if service manuals on electronics become publicly available, it means there would be more competition and thus a price reduction.

What About Voiding my Warranty?

Most smartphone manufacturers have a warranty that states that if the product has any issues, they will replace or repair a device within a specific time frame. Keep in mind that the standard Apple warranty only lasts for a single year, which, for normal electronics, typically means a manufacturing fault. As a result, the phone can be submitted back to the manufacturer for repairs or a replacement. Using any kind of third party repairs during this time or opening it at all voids that warranty. Very few of these warranties cover any kind of physical damage to the device and in the case of Apple, several locations have been reported to deny service in the event the device is scratched citing it as damage to the phone and thus not covered under the warranty. 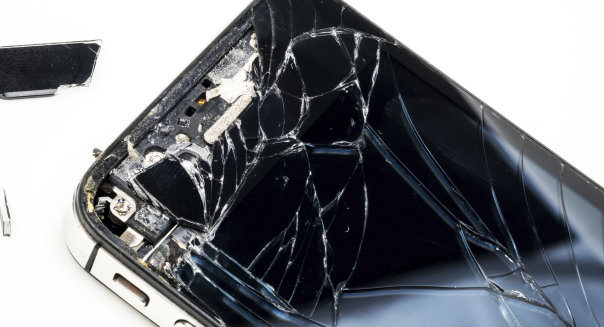 What are the Benefits?

By allowing third party repair, it would support local jobs in your area, as new repair startups could form from people with degrees in the subject. Also, conventional authorized repair is carried out by replacing the broken circuit boards on the electronic product; this creates a strong pollution effect from both the waste of the damaged board and in the manufacture of the new board. In addition, self-repair would likely reduce the backlog that occurs at manufacture repair locations, as consumers will have alternatives for resolution.

What are the Risks?

If you or an inexperienced technician is repairing your device, there’s always the risk of permanent damage to the board. That being said, if you’re getting a product serviced and it isn’t just screen repair, odds are there is already damage to the device. In turn, manufacturers generally frown upon third party repairs, and will typically refuse you service to your product if it has received them–despite the fact that most of them just replace motherboards and call it a day. On top of that, most manufacturers do not offer the possibility of restoring or recovering your data.

So I hope this gives all of you an insight into Right to Repair legislation and why people are fighting so hard for it. Do you disagree with it? Do you support it, even if you don’t plan on using it yourself? Let us know in the comments.