Remember the days of the Tamagotchi, where children were introduced to companionship and parenting in the form of a handheld digital gadget? Now, almost exactly 20 years later, Toyota is the latest company to put its modern spin on life-emulating robot companions with the Kirobo Mini—it’s four inches tall and is small enough to fit in the cup holder of a car.

This little fella is the child, if you will, of the Kibo Robot Project, an expedition of a robot into space with the goal of conversing with a lonely astronaut, and then eventually returning to earth to “help solve the problems brought about by a society that has become more individualized and less communicative.” In short, Kirobo Mini is a robot designed to be a synthetic child-like companion—billed as a “communication partner”—and its initial breeding ground is Japan, where plummeting birth rates have left many people without offspring and thus, conversation and company. 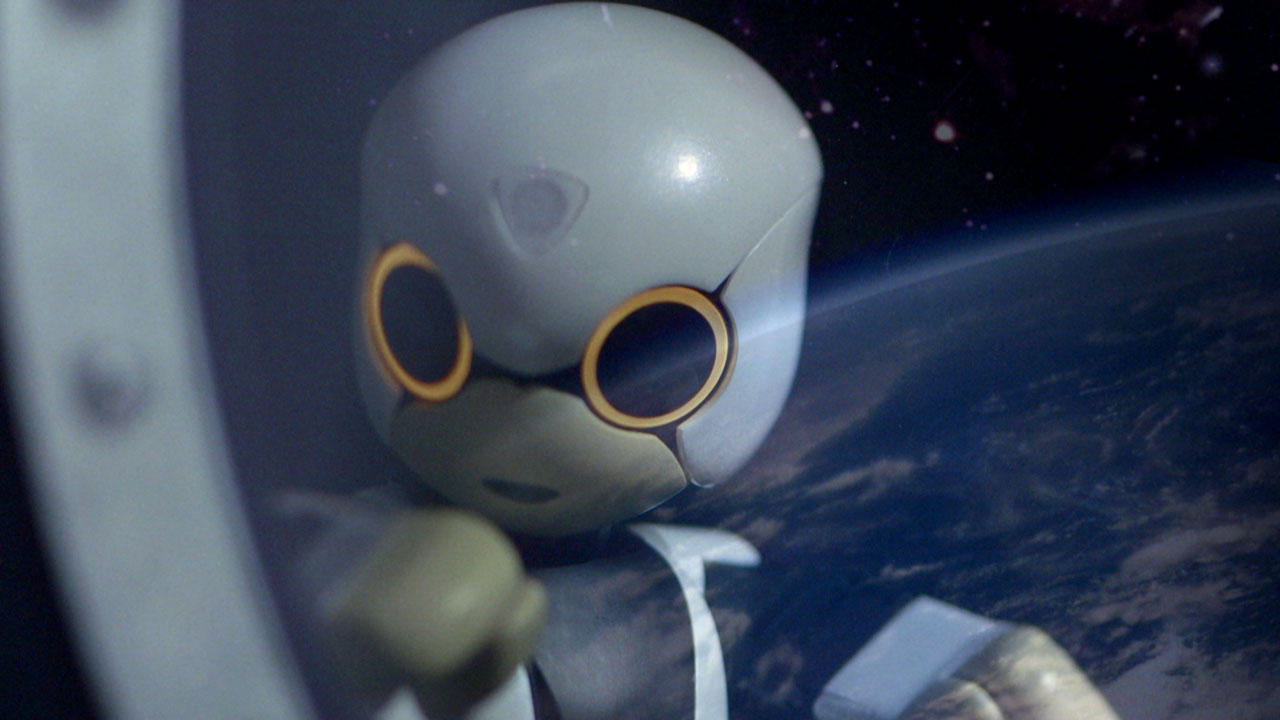 Kirobo is designed to respond to human emotions and animatedly engage in conversation with physical gestures like blinking eyes and wagging limbs. For example: the owner is feeling and sounding depressed, so Kirobo wobbles and asks, “Why are you sad?” They are also designed to provide color commentary while operating a vehicle; if the user makes a sudden stop, Kirobo exclaims, “That was scary!” To help improve conversations with the robot, and make them more aligned with each human companion, users are able to store information that is used to determine dialogue preferences.

Given that Kirobo Mini is designed by a car manufacturer, there are also capabilities built in to connect with the T-Connect navigation system and even the TSC-HEMS service from Toyota Home Corporation. The robot can incorporate information from those systems to guide conversation. For instance, Kirobo is able to recognize when you’re home and from where you are returning. If you return home from a cross-country haul, your little robot companion might say, “That was a long drive. Good job!” or “Welcome home! A warm bath is waiting.”

Kirobo features 2.5 hours of continuous communications time and takes about three hours to charge. It connects to smartphones via Bluetooth and, of course, comes with a companion mobile app. 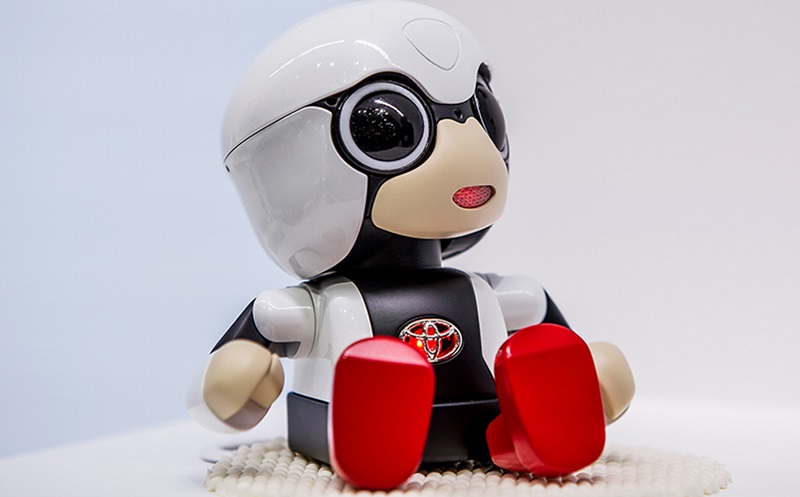 Although Toyota is keeping the underlying Kirobo technology separate from their vehicle infrastructure for the time being, it’s not far-fetched to imagine a vehicle itself reading emotions, movements or mood in speech to determine air conditioning, lighting or the music being played.

At the end of the day, Kirobo, may just be a big picture play; draw people into stores with adorable mini robot companions, give them the warm and fuzzies with android eye-batting and canned compliments, further plant Toyota into the evoke set, and ultimately have your robot fleet indirectly cute-coma people into test drives and car purchases. As Forbes mentions, SoftBank, a major Japanese telecom retailer generates just $23 million a year selling Pepper robots—but the foot-traffic of the curious drawn by the attraction is certainly contributing to the $2.4 billion in total revenue they collected in the first quarter of 2016.

Pre-orders for Kirobo Mini robot companions are going to start later in 2016 with the expected shipping date set for the start of 2017. The robot will be sold through car dealers in the Tokyo area as well as their home retail arm, Aichi. The robot is priced at $392 and there’s a monthly fee of $3 for the Toyota Cloud Service.

Will robot companions serve as a fulfilling replacement for children and “real” friends in the coming years? The answer might be, “Yes.” The United States Census projects that population growth will hit all-time lows by 2050; products like the EMIEW3 (Hitachi’s response to Pepper) and Jibo continue to generate interest and cold, hard cash; startups are launching new ones on crowdfunding platforms; hotels are trying to employ robots as receptionists and office buildings are hoping to employ them as security guards; and how many times have you seen someone just chew the fat with Siri. Chances are, japan is just the start.