Ah Google, while we and the rest of the press world may be celebrating all of the new announcements brought to us at I/O 2017, you are still a company that makes mistakes. Despite all of the roundups from Google’s conference this past week, a storm of controversy is brewing around the company, and while these are just the first few dark clouds on the horizon, they can spell greater problems for the mighty house of Google.

Did you know Google has a “Spying program”? Yes, most companies use a standard non-disclosure agreement to keep employees from leaking sensitive information, but not Google! No, their program encourages employees to report on each other for leaking information to the press or public.

This information went public last December when a lawsuit filed by an employee (who currently remains anonymous) claimed that the company specifically warned employees not release any information about concerns of illegal activity in the company, especially in writing.

When we say that we mean there’s a part of it that prohibits employees from writing a book about it. Naturally, the lawsuit claims this is a violation of California Labor Law.

This entire matter got churned up again this week when a new email was filed revealing more information. 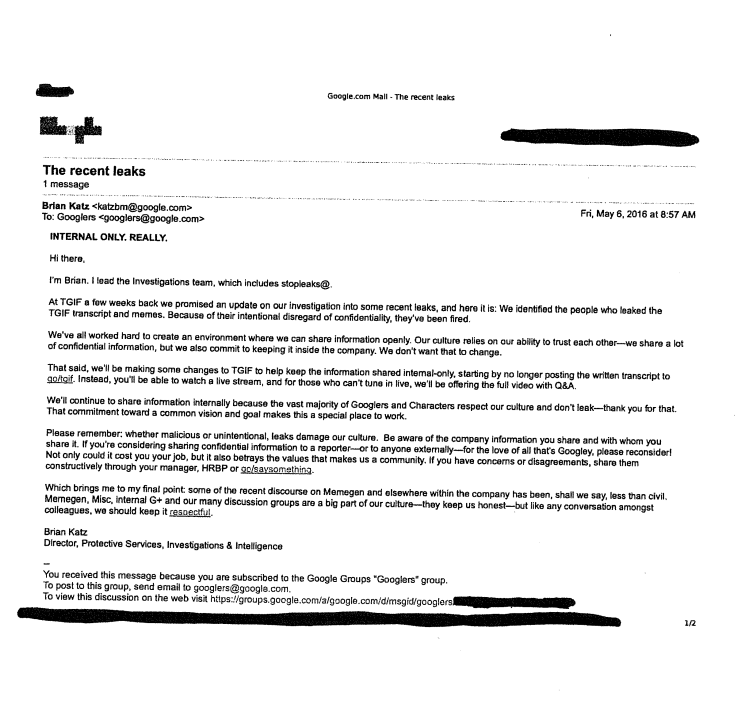 In short, not only does Google have a program, they have a full investigations team led by this Brian Katz. In it, Katz claims that the employees who leaked information… and memes (Seriously? Memes?) were fired while warning employees against doing the same. It also includes “[email protected]” as a tip line.

The leaked info mentioned in the email comes from a leaked transcript between Tony Fadell of Nest (the smart-home device subsidiary under Alphabet, the parent company of Google) and Google which you can read here.

Google released a statement to Business Insider claiming that “We’re very committed to transparency and having an open culture, which means we frequently share with employees confidential details of product launches and other types of sensitive, proprietary business information,” as well as saying “Our employee confidentiality policies are designed to protect that information, without preventing employees from disclosing information about their terms and conditions of employment, or workplace concerns.” And nope, they didn’t bring up anything actually about tip line.

Two lawsuits? Google you spoil us.

Last month Google was accused of gender pay discrimination by the US Labor Department. “We found systemic compensation disparities against women pretty much across the entire workforce,” claimed Janette Wipper, a DoL regional director, in court.

As Google is a federal contractor, it must allow the DoL to inspect and copy records on matters such as this. When the DoL made their request last year though, Google refused. The reason for the request was due to a leaked snapshot from 2015 of wages, so the DoL needed to investigate. Thus the case went to court so that the DoL could get that information. They then filed the lawsuit last month claiming that there was a pay disparity between genders. 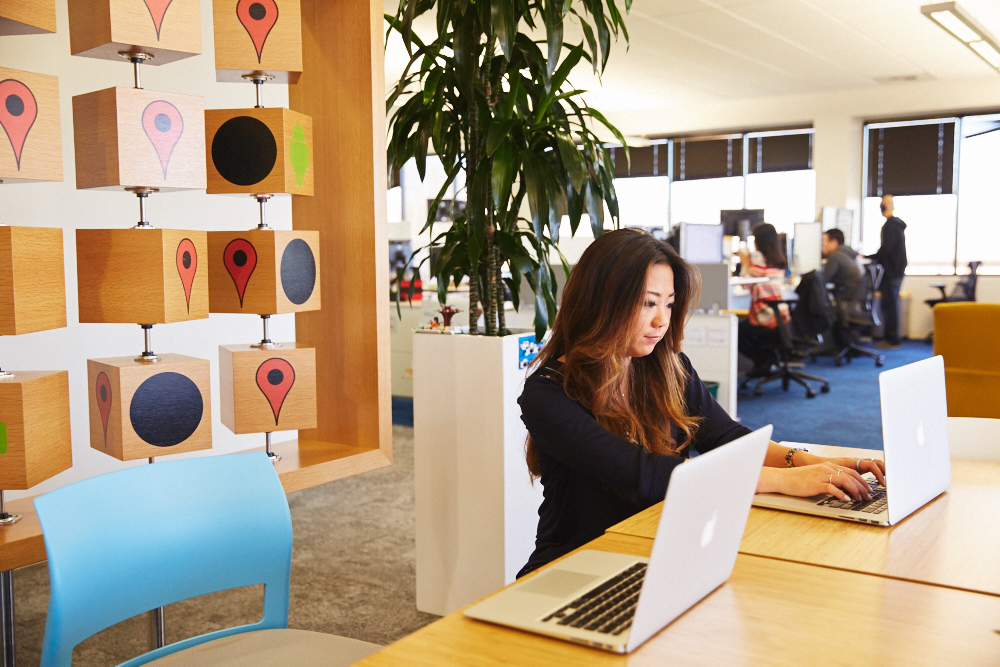 So Google tried having the case dismissed, and that didn’t work. Then, when this all went to press then they tried again. This time they claimed that statements made by the DoL’s lawyers to the media made it clear that the DoL had already come to a conclusion and thus didn’t need access to the data they requested and the lawsuit calling for it was moot.

What was the statement? “The investigation is not complete, but at this point, the department has received compelling evidence of very significant discrimination against women in the most common positions at Google headquarters.” made by Janet Herold, regional solicitor for the DoL to the Guardian in a phone call.

Naturally, the judge didn’t dismiss the case. This request by Google has opened a massive hornet’s nest of allegations about talking to the press on both sides. As it is, many critics are openly commenting on how Google has leaped at the opportunity to have the case thrown out citing it as a poor PR decision despite previous statements made about the company’s policy of transparency.

Either way. It will be interesting to see how these controversies will affect Google’s future growth.