As I described in an earlier Codeless Conduct piece, Bill Gross, founder of Idealab, did a good job of breaking down the core Business Merit factors: The Idea, The Team, The Business Model, The Funding and The Timing. It turns out that the most important of those is the timing.

If you read books or sources like Entrepreneur.com and CNN, or you just talk to successful entrepreneurs, you’ll quickly gather a consistent inventory of core Agent Merit factors: Determination, Resilience, Risk-Willingness, Adaptability, Innovativeness, Confidence, Charisma and Honesty (to oneself and to others). Who knows what the most important quality is in that list, but I find it thoroughly enjoyable to note that it’s probably not “Intelligence”.

As someone who splits their time between researching and writing about business and relationship psychology, it always blows my mind when people consistently omit what might be the most important category of all: Romantic Merits.

The Part of the Partner

As our resident SnapMunk sage, Natalie Tarpinian put it to me, “The biggest career decision you can make is who to marry.”

If we want to talk about success factors, we have to talk about the people we boink. More specifically, the people with whom we partner up for extended romantic relationships, or those we call, “our significant others”.

Or date, or depend upon, or give a spare key to, or come home to at night, or fuck in the morning, or lie to most often, or whatever may characterize “significance” for you. 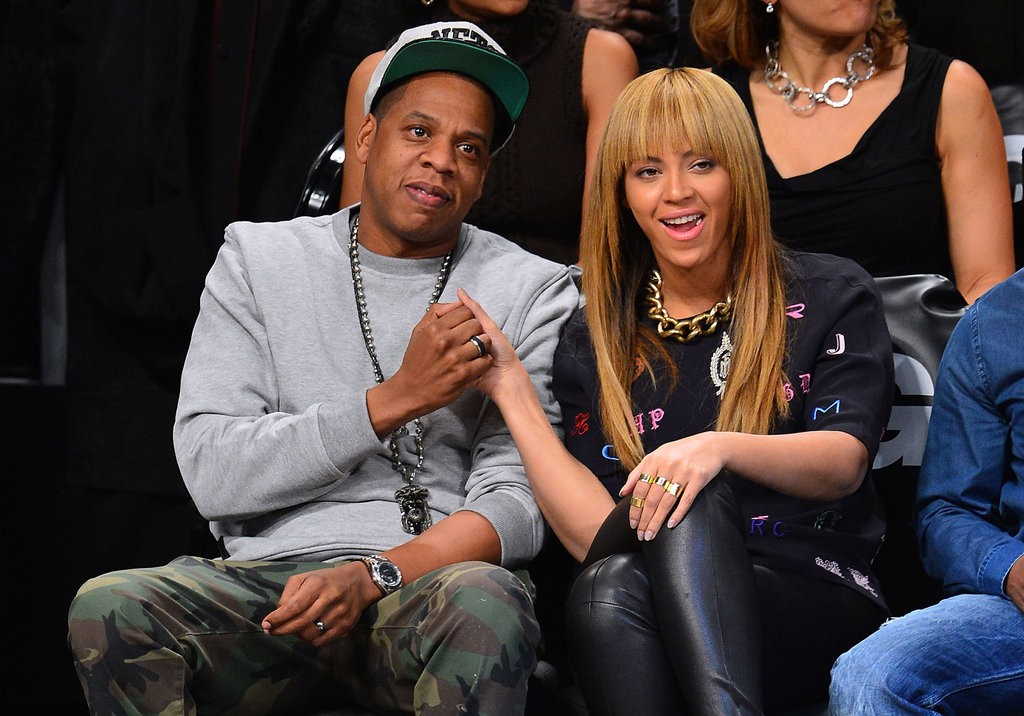 While all kinds of anecdotal evidence exists to support this (most commonly whispered after a few cocktails), I want to assure everyone that there is science to back this up too.

There’s a great book that was released just over a year ago called, Me, Myself, and Us: The Science of Personality and the Art of Well-Being, written by Professor Brian R. Little. Professor Little is a Distinguished Scholar in the Department of Social and Developmental Psychology at Cambridge University who received his Ph.D. in Psychology from the University of California at Berkeley, and has taught at both Oxford and Harvard.

More importantly, however, he is Canadian, and I am Canadian, so listen up.

The book essentially culminates on this idea that,

“…the sustainable pursuit of our core projects shapes the quality of our lives – our health and happiness and well-being broadly defined.”

A core project is pretty much what you’d think it is; a pursuit – or extended set of actions – you have chosen to undertake in order to enhance yourself, your surroundings and your overall experience with life, and that is inexorably linked and impactful to most other significant aspects of your existence.

Like trying to lose weight, or learning to code, or calling yourself Caitlyn.

Or starting a company.

At one point, Little discusses the ways that our projects make us feel and what aspects of a project affect our behaviors, our personalities and our outcomes. He references data collected by a scholar and researcher for whom he acted as supervisor, Craig Dowden.

Dowden was trying to figure out, specifically for entrepreneurs, what “dimensions of personal projects best predicted success both in terms of subjective wellbeing and financial success.”

According to Little, Dowden recently “…presented some compelling data…” that identified the number one predictor…

“The emotional support of their partners.”

Dowden’s research showed that the emotional support of their partners was the number one determinant of entrepreneurs’ wellbeing and financial success.

There are a number of factors that provide a partner with the power to jam a stick in your professional spokes. Having read Professor Little’s book and having gone through a less-than-ideal situation of my own, I think one factor in particular is worth illustrating in detail.

For almost nine years, starting immediately after college, I was a full-time software employee. I was in Product Management. I was making great money and, as far as I could tell, I had a very realistic path to a notable rank. Then I did what so many people whine about doing and I went out on my own. Into something almost completely different.

I parlayed my software expertise into part-time consulting and invested most of my time and money into writing and owning a bar. I pursued my dream jobs and I did so in just about the most entrepreneurial (and perhaps stupidest) way possible; from total scratch. No hook-ups, no angels, no real “network”, no hereditary safety net. Just me, a plan, a decent bag of cash and a dream that usually pays like a nightmare. 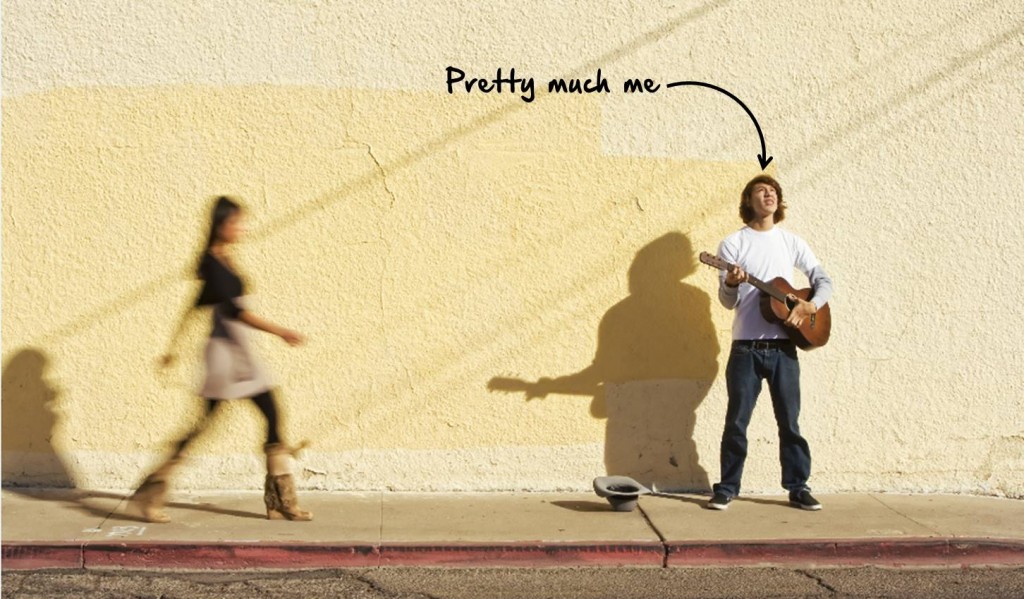 At the pivot point, I was dating someone. I admired her, I respected her and I really really liked her. Unfortunately though, for whatever reasons, she did not feel the same way about my personal projects.

While there was superficial support – or what I’d mostly call “passive acceptance” – my writing and my restaurateuring inspired from her mostly skepticism, discomfort and anxiety. Her support felt distant and mechanical and she struggled to show genuine, persistent enthusiasm. In turn, in her presence, so did I. And I was in her presence a lot. That’s the thing with “significant” others; you’re together all the fucking time.

I felt the skepticism and doubt creeping into my thoughts and plans. I started feeling like my math was flawed. Like the thousands of hours of effort, and thousands of dollars of cash I was pouring into my projects was being soaked up by nothing but pride and indulgence. Like the increments were too incremental to ever possibly add up to a holistic victory.

What the F-icacy Am I Doing??

Professor Little did his own research into the dimensions of personal projects that most effect our sense of wellbeing, and ultimately, our ability to come out on top. One such dimension is “Efficacy”:

The efficacy dimension is assessed by asking respondents to rate the degree of progress on their personal projects as well as their likelihood of success.

According to Little’s research, “across a broad array of samples and ages”, efficacy is the best positive predictor of wellbeing; how well you think you’re doing, and how likely you think you are to pull the whole thing off.

So if you assess your own efficacy, and during that assessment you consistently find doubt, skepticism and hesitation, it will only feel natural to conclude that the project you are pursuing is actually making things worse. That conclusion can manifest itself in a number of ways: procrastination, irritability, attention deficit, poor health, etc. None of them are good for business.

How the hell are you supposed to go out and kick ass if you’re constantly worried about the implications of getting off your own? You don’t need someone blowing smoke up it all the time, but anyone who calls themselves “partner” should sure as hell be patting it consistently for encouragement.

It is a profound effect that deserves as much attention as any other.

Of course you don’t need a significant other to be a successful entrepreneur. Nor do you have to be weighed down by their lack of support. Individual strength prevails often.

But if you do have a significant other, or you are the significant other, keep a close eye on this. It seems so noble and comforting to squiggle a line between work and home. Unfortunately, in the world of the entrepreneur, no matter what color crayon you use, that line is even thinner than your margins.