With sci-fi staples like reanimation, hoverboards, and 3D ovaries already reality, space may truly be the final frontier. Near-Earth asteroid mining is the next step in human progress, though, according to some, and we’ve heard the progress trumpeted for years. Milestones like SpaceX’s success with the world’s first reusable orbit-capable rocket have led some prognosticators to claim the world of mining asteroids is almost upon us; billions have already poured into the burgeoning industry.

Meanwhile, not a single asteroid has been tapped, and we have yet to see even a trickle of riches raining down from above, let alone the steady stream of valuable metals and minerals we’ve been promised. So how realistic is asteroid mining, really, and how close are we to doing it? 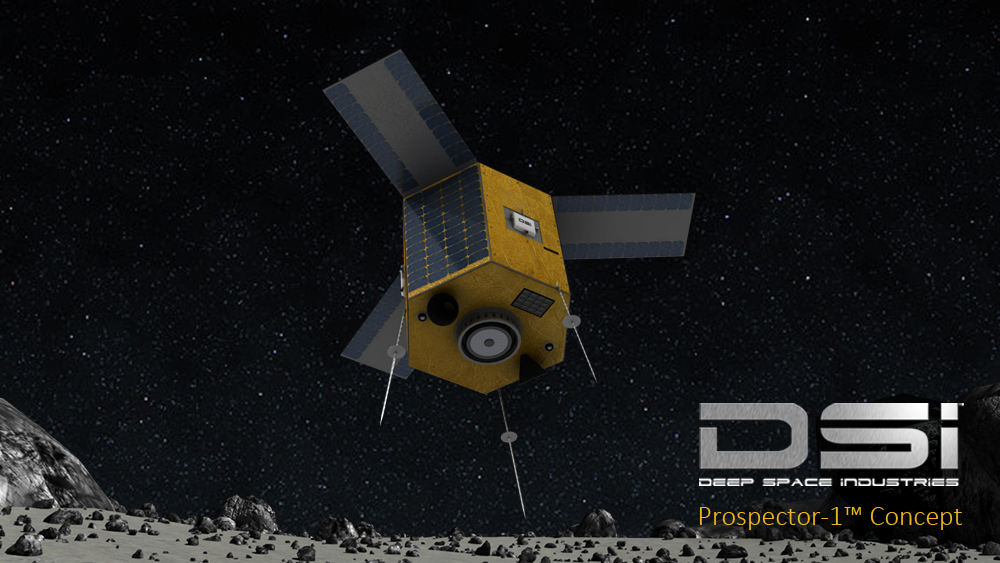 Realistic and fairly close, it turns out, but probably not how you think.

Asteroid Mining is Doable, But Why?

Asteroid mining is technically feasible right now. The technologies needed to get the job done all exist. But using current technologies in their current forms would be insanely expensive and wouldn’t necessarily yield a whole lot of profit. In fact, they’d more likely operate at a loss.

For one thing, asteroids—even near-Earth asteroids—are very far away. Transporting the necessary equipment to the asteroid so you can mine its resources isn’t cheap. And first, you have to find an asteroid worth mining—one that has resources you can sell back here on Earth. To do that, you either have to land on the asteroid and take samples and other direct measurements—again, not exactly cheap—or you have to use indirect measurements like mass and light absorption and other fancy stuff to figure out an asteroid’s composition. That is still ridiculously expensive, if marginally more affordable, as it involves sending satellites to orbit a target asteroid in the right range to take the right measurements.

The asteroid-measuring tech we need is being used now to find resource deposits on Earth, so again, we’re technically ready to go with asteroids. It’s just that, again, they’re very far away, and they’re also moving very fast, and that complicates things. Complications make things more expensive. So the payoff would have to be huge for anyone to break ground on an asteroid mine right now, and they’d still have to get the fruits of their labors back to Earth. 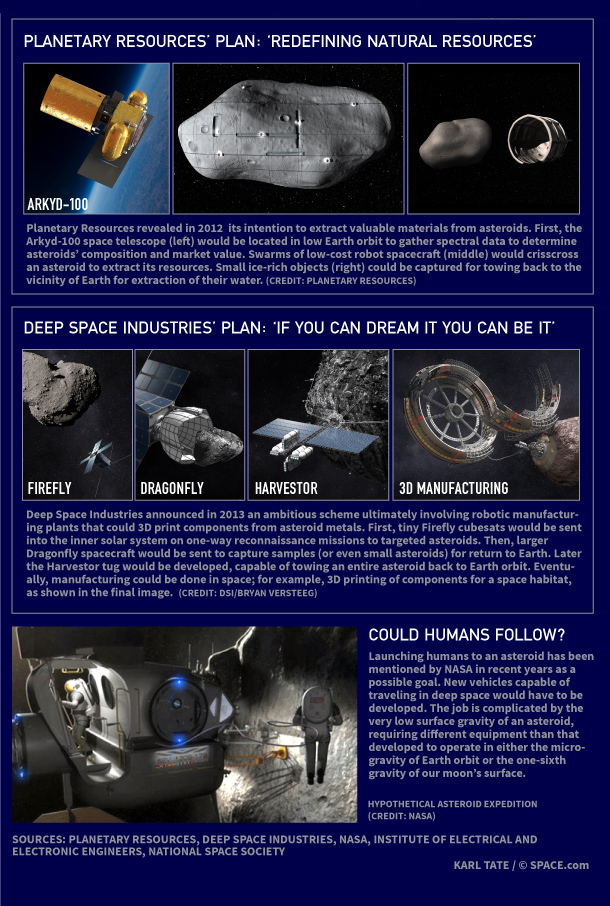 It’s all great in theory, but startups and investors are looking for profit. Source

Because it turns out the payoff for asteroid-mined minerals and metals probably won’t be as huge on Earth as it will be left in space. Talk to the folks who are truly serious about asteroid mining, like the chief strategist and business developer for Deep Space Industries Peter Stribany, and they’ll tell you their sights are set on a post-gravity market.

“The end game,” says Stibrany, “is that if you have 1,000 or 10,000 people living and working in space, there is no practical way that is going to work without using in-space resources… It will get too difficult to launch everything from the ground.”

Where Asteroids’ Wealth Will Wind Up

Much of the recent asteroid mining fervor in the popular press was driven by a Goldman Sachs report which claimed, among other things, that an asteroid the size of a football field could contain $50 billion worth of platinum.  There is a multitude of problems with this—how do we find the right asteroid? A football field’s size is two-dimensional, asteroids are three-dimensional objects, so how big are we talking? The current global platinum supply is worth roughly $7B; wouldn’t mining an asteroid with seven times the stuff sorta make the price drop a bit?—and they all boil down to this: mining $50B worth of platinum from an asteroid probably wouldn’t be worth it.

Instead, the smart money is on targeting asteroids for other resources, like water. Water/ice is known to be plentiful in many asteroids, and it’s readily identifiable from afar, too. Astronauts need water in H20 form and can also make use of the oxygen, while spaceships can use the hydrogen as fuel. Space exploration is going to go a lot farther in the near future, and the more it can be powered with in-space resources the further, it can go—and more affordably, too. 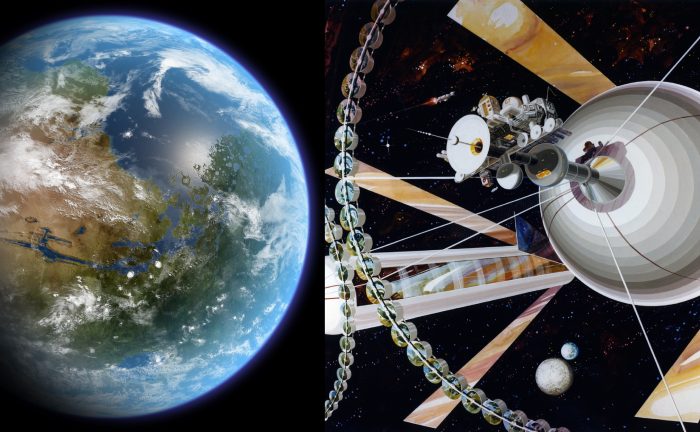 Space colonies are right around the corner, and asteroid mining is going to meet them there. Source

Asteroid mining is going to mature in tandem with near-space colonization (i.e. space stations and space hotels) and interplanetary travel. Mining needs the market these other endeavors create, and pushing further into space requires the ability to acquire in-space resources. While we Earth-bound mortals are captivated by the novelty and historicity of the moment, the profit motive says we simply have to wait.

The moment will be all the sweeter when it’s finally ours to savor, assuming we live long enough to taste it.