It’s that time of year again! It’s cold, it’s rainy, and my phone tells me in some places it may even be snowing. Yes, it’s the beginning of January, and it’s time for CES! The Consumer Technology Association’s yearly gathering in Las Vegas is a chance for small startups, established companies, and everyone in between to showcase their latest developments in the world of gadgets.

Now seems like the perfect time to announce the first annual Louis E. Weinstein Essence of Consumer Electronics Awards, a ceremony held by me, and vaguely tolerated by the generous editorial staff at SnapMunk (the greatest publication on the internet). Here are this year’s notable participants followed by our grand-prize winner.

Sometimes, when I feel my phone vibrate in my pocket, then feel my watch vibrate on my wrist, I think to myself, “Just two vibrations? What if I could have another piece of technology strapped to my body that could also start vibrating?” Well, guess what, nerds? We can have that. 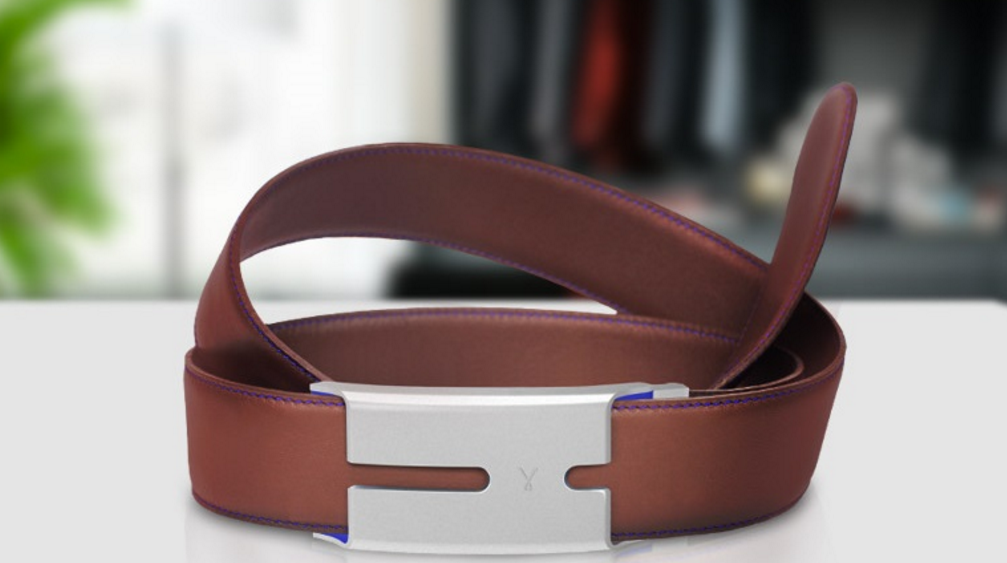 “Belty” is more than just a belt that requires a power adapter; it’s the only “intuitive and autonomous wearable that integrates artificial intelligence.” We’re rapidly transitioning into a reality where the singularity could start somewhere between your groin and the fleshy hunk of pudge that sags down toward your groin. Imagine the belt’s AI suddenly becoming self-aware, only to realize its sole purpose in existing is to keep the pants up of an Engadget staffer. The whole product might be worthwhile if there were an option that enabled users to auto-hang themselves when they fully comprehend the horrors of the kind of pre-dystopian capitalist society that might have demand for a product like this.

We entered the golden age of refrigerator technology development in the 1950s when we solved the problem of kids getting trapped inside them. Sure, the built-in ice maker/water dispenser worked, but it was never necessary. There is, however, no justifiable reason for your refrigerator to have an IP address. And yet, Samsung has done it…twice. 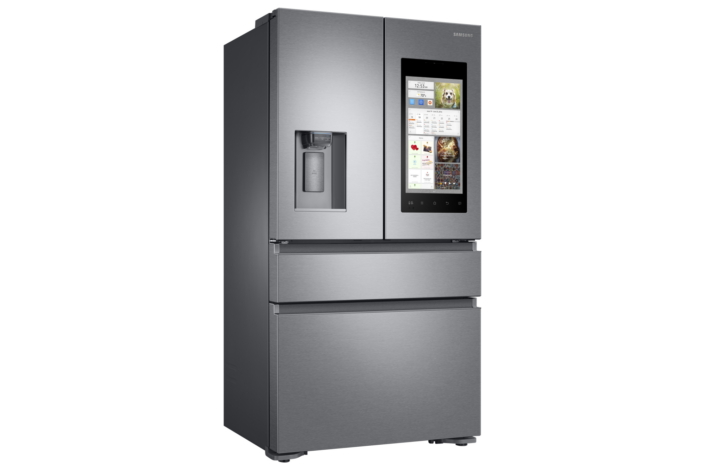 The Family Hub 2.0 includes such features as: voice activation, distinct user profiles for each member of your family or staff, and photo sharing, which makes it easier for you to send photos to your housekeeper of the only flavor of Pop-Tarts your child will eat, without ever having to put down both glasses of wine. We truly are living in an age of wonders.

Icaros is a full-body mechanical flight rig with companion VR software for your Samsung smartphone and Gear VR headset. You know, so you can simulate the superhero experience. In bondage. There are, in total, twenty-three steps to simply turning the device on and wearing it. These are the actual instructions for using Icaros, verbatim:

Potential for broken ankles aside, after having recently seen a 320-pound systems analyst try to carry a chili dog and call an elevator at the same time (with limited success), I don’t see this dominating the market. I also imagine that the same type of person who is attracted to an apparatus like Icaros would be the very same person to immediately pitch a fit on Twitter after things go haywire around Step 14. I mean, even if you manage to master all the steps and actually enjoy yourself, there’s still the problem of looking like a sex-starved kinky bottom at an all-gay Eyes Wide Shut masquerade party while you use it (unless of course that’s a selling point). If you want to pretend to fly so bad, take up skydiving.

This year’s grand prize winner (it was also around at last year’s event, but still deserves recognition) is the Genworth R70i Aging Experience, a full-body suit and VR unit that simulates the experience of getting old. I’ll give Genworth credit for recognizing that most people in the tech industry are devoid of empathy; however, I cannot fathom a situation that would require sober, non-ironic use of this product.

Their website touts that the R70i will “reinforce the importance of thinking about future long-term care needs and [encourage] talking to loved ones about how they would like to age.” I’m not a doctor, but I’m fairly confident you don’t get a choice in how you age. Just ask Janice Dickinson’s neck. Besides, if you can afford the suit, or you work with an organization that owns it, you probably already have enough money to hire around-the-clock care for the elderly in your life. Part of the human experience is the slow and crushing onset of physical limitations that start to overtake the body in your 40s. Ruining the surprise for 20-somethings isn’t fair. Let time or the Icaros do that for them.

For their efforts, Genworth’s prize is: nothing. The aging experience is the reward.