Startups and entrepreneurs may feel that finding funding is difficult these days. That’s because it is; investment dollars have not exactly been falling off VC trees as of late. In fact, much investment money is buried beneath growing risk aversion, even among the most confident and careful investors.

“We are at a point where it’s an investment cycle and the next couple of years I think will look like 2002/2003 or 2008/2009, which are times where the investment cycle goes down, all the venture capitalists are hiding under the table, they don’t what to make any investments,” explained John Harbison, Chairman for Tech Coast Angels. His company specializes in providing not only funding, but “mentoring and operational assistance to bold early-stage entrepreneurs with game-changing ideas.” Harbison is quick to acknowledge the fog of fear through which investors and startups are having to battle. “They [investors] are scared of their shadow and in that kind of environment it’s very challenging for companies to get financing in that kind of environment.”

“The good news is the ones that do get financing will have an advantage because their competitors won’t get funded and they’ll have more open field to run in, but it’s particularly a challenge,” continues Harbison. “And for investors the companies they actually invested in tend to do well at this point in the cycle because they have to pass a higher bar in order to get there.” 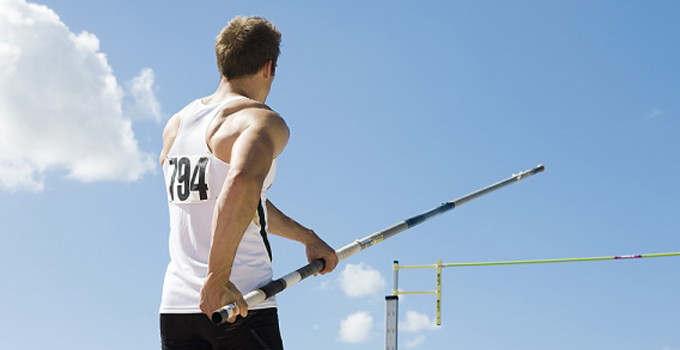 From last year’s numbers, we can see that financing for startups has slightly decreased as a whole. In the first three quarters of 2015, venture capitalist investments amounted to $47.7 billion, funding 3,514 deals; this year in the same time period, investments amounted to $38.8 billion, funding 2,911 deals, with funding primarily going toward the software and biotech industries, according to MoneyTree report from PricewaterhouseCoopers and the National Venture Capital Association.

For investors and entrepreneurs alike, the question will be, “When whatever money is available does go somewhere in 2017, where will that somewhere be?”–it is likely that a few select sectors and technologies will see notably more investor attention than the rest of the crowd. I asked some members of the VC and Angel Investors community for their insight on what industries they think will be trending for investment in 2017. Here is what they had to say:

Whether we’re talking about the recent DDoS attack that took down half the internet, Yahoo! being at the losing end of the largest data breach in internet history, or the WikiLeaks work allegedly carried out by the Russians in an attempt to affect the US elections, issues surrounding cybersecurity are front and center in the news. With an increase in global concern over consumers and companies to protect personal information, databases and web-based services, there is likely a spike in investor interest to come within the world of startups that can creatively address the issues.

“I think cybersecurity will continue to be hot,” said Michael Coffman, a Partner at Toba Capital, a California VC firm comprised solely of software executives with a track record of success. “That is an area that I think is going to continue to grow, so there’ll be a lot of innovation and a lot of money I think going into companies that build cybersecurity solutions.” It’s a large, complex space, but if you’re looking for quick inspiration, you can peruse some startups we’ve covered coming up with creative ways to kill the password.

Artificial Intelligence is also expected to be a growing industry in 2017. Experts expect to see more and more “smart” products hit the proverbial shelves; especially now that we know artificial intelligence can be integrated into just about any context, from alarm clocks to song composition.

“People will be the base and core of every software, so I think that [artificial intelligence] is something that will be needed,” said Ray Chan, an investor at K5 Ventures with 25 years of experience in the software industry. Harbison also predicts significant growth of artificial intelligence. According to Harbison, artificial intelligence, autonomous vehicles and Internet of Things were industries we could expect to see maintaining their position as “Trending” in 2017.

While the FinTech space has yielded questionable results relative to its initial excitement, many investors are still predicting substantial growth in 2017. We may see more apps like Mint and Acorns, providing the average user with services they still say they want: access to budgeting tools and financial management assistance without the need for a financial adviser (P2P lending are a whole other bag too). Apparently there are still many eager to try the DIY.

“Fintech is big space for me…” says Peter DeAngelis, another investor from Tech Coast Angels. “Mobile apps that allow you to conduct transactions online, or SAS platforms that allow you to do the same thing…We all know mobile apps are big right, because they are very inexpensive to develop; you can turn prototypes very quickly; you have pretty much a ready customer base that you could use to beta test the product and it is very low cost.”

Also to consider, investors and industry experts do not expect these new products to go entirely head to hear with banks, but rather work hand in hand–financial apps and web based fintech companies normally requires user to link their existing bank accounts (though not always the case). According to Statistica, “bank spending on new technologies in North America was projected to reach $17 billion U.S. in 2015 and increase to $19.9 billion in 2017.” That opens up a whole new channel of funds for startups that approach the positioning of their products effectively.

It is important for startups and entrepreneurs to know the appropriate time to say “I’m ready to seek funding”, because as much as there is riding on their technology, there is just as much riding on their timing. The right timing will not only allow investors to see the necessary opening in the market, but also allow entrepreneurs to communicate the full extent of the opportunity and the nuances of its unique character. They need to be able to effectively articulate the business they are attempting to build, but just as much, understand the space they are attempting to advance. As DeAngelis puts it, when it comes to your own product and your own market, “be the smartest person in the room.”

It also helps to be the luckiest.