It seems corporate shenanigans are becoming an international incident. We spoke on this issue previously along with Apple’s other recent failings but that that wasn’t the end of it. As it is Apple is facing a difficult challenge in Australia where the laws protecting consumers are not so favorable to companies when it comes to third party repairs.

As many of you know Apple has a policy that if someone were to take their iPhone to a third party repair place, they can brick that phone. And they have.

For those that don’t know, to brick a digital device is to make it completely inoperable. In short, it is little more than a brick of plastic. Hence the term.  It’s an option more popularly used when one’s phone is stolen to prevent resale or loss of personal data. Apple was asked, by consumers, to restore their devices. The company refused, citing their terms of service and that they don’t have to honor any warranty on the product under AppleCare once someone else got their greasy mitts on it.

However there is an agency in Australia known as the Australian Competition & Consumer Commission, and its job is to ensure “Competition and fair trade in markets to benefit consumers, businesses, and the community.” According to their website. So on Thursday morning, the agency announced that they had sued Apple for refusing to service iPhones and iPads that were bricked by software updates from Apple.

“Consumer guarantee rights under the Australian Consumer Law exist independently of any manufacturer’s warranty and are not extinguished simply because a consumer has goods repaired by a third party,“  said  ACCC Chairman Rod Sims in a statement released the day of the suit. 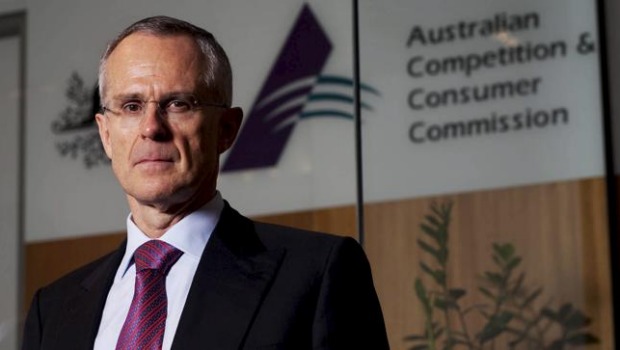 “Denying a consumer their consumer guarantee rights simply because they had chosen a third party repairer not only impacts those consumers but can dissuade other customers from making informed choices about their repair options including where they may be offered at lower cost than the manufacturer.” Apparently, the Australian government doesn’t mess around with this sort of thing.

As far as the ACCC is concerned, Apple’s policy of bricking consumer products for third party repairs is in direct violation of Australian Consumer Law (ACL) and has issued a federal suit to the company for an undisclosed sum for said devices bricked between September 2014 to February 2016.

This is not the ACCC’s first tangle with Apple. In 2013 the company was taken to task after investigations found that the corporation was misinforming consumers about their rights to refunds and replacements under the same regulations of the ACL. Apple received a court-ordered undertaking, and they said they would comply.

Clearly, they didn’t. Likely Apple will challenge the suit in Australia despite the fact that it isn’t likely to repeat itself in the United States. I mean, have you seen the president? The question is what the long lasting effects of this suit will be if any at all.